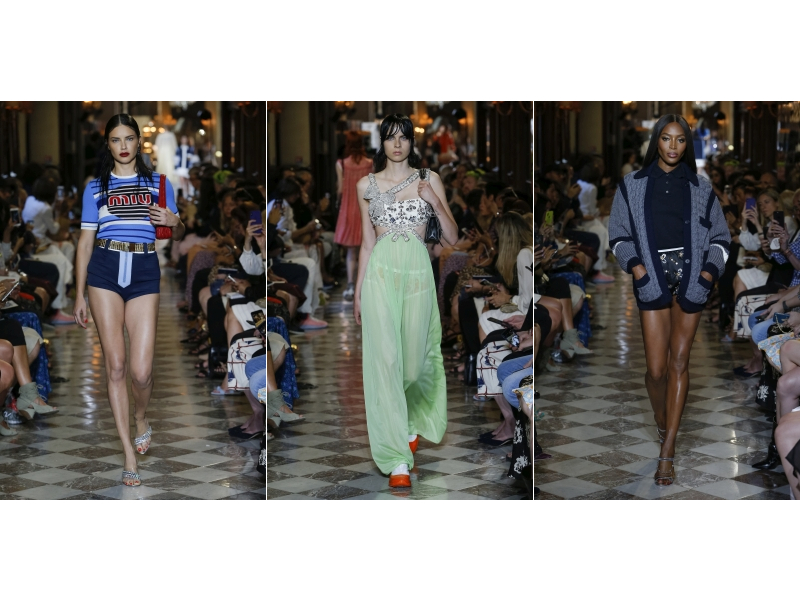 Miu Miu stages in the Hôtel Regina in Paris. A jewel of Belle Époque overlooking the Jardin des Tuileries and the Louvre, the hotel is situated in the Place des Pyramides, a public square that is home to Emmanuel Frémiet’s iconic 1874 gilded bronze equestrian statue Jeanne d’Arc. A new reproduction of Frémiet’s work is situated inside the hotel lobby aquarium and the spirit of Joan of Arc hovers over the event, a symbol of the transgressive woman.
An eclectic cast of models and actresses, many of whom have appeared in Miu Miu campaigns, present the collection, including Naomi Campbell, Alexa Chung and Uma Thurman.
The space is designed by six-time Academy Award nominated and BAFTA award winning production designer Sarah Greenwood. Acclaimed for her time-transcending vision with director Joe Wright on period pieces Anna Karenina, Pride & Prejudice, Atonement, and Darkest Hour as well as Guy Ritchie’s Sherlock Holmes and Disney’s live-action Beauty and the Beast, Greenwood takes a cinematic approach to the 2019 Croisiere show bathing it in an infused light that emulates the twilight atmosphere known to cinematographers as the golden hour.
“This is an occasion to celebrate the freedom, camaraderie and vivacity that embodies the spirit of Miu Miu,” notes Greenwood, who describes Joan of Arc as “the original feminist, a young woman’s voice who still resonates today – pop punk over classical.” The contrast between the cinematic set design, Belle Époque luxury hotel setting, and gilded symbol of radical resistance set the scene for the latest offering from Miuccia Prada: a decisively contemporary take on timeless traditions of femininity.
A dinner follows the show and then latest iteration of the Miu Miu Club featuring a performance by Sneaks and DJ sets by Louise Chen, Agathe Mougin and Emerald Rose. 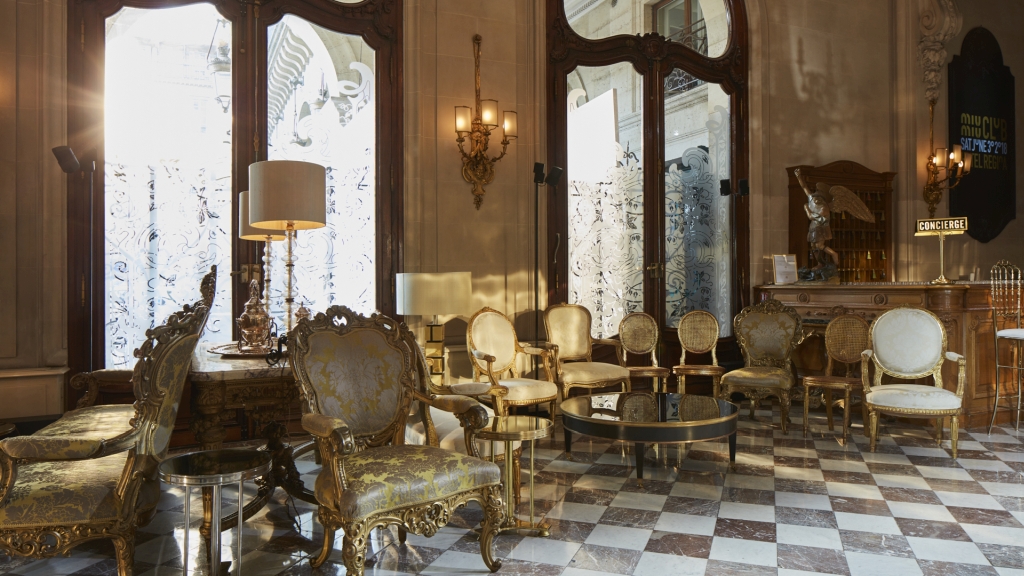 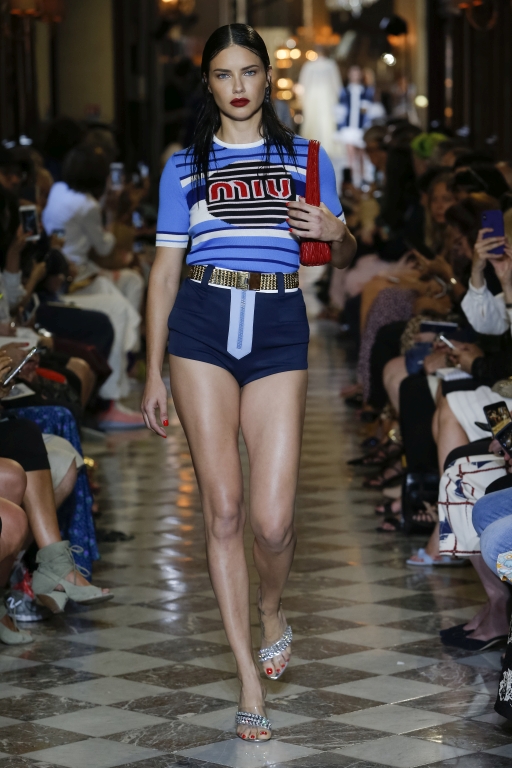 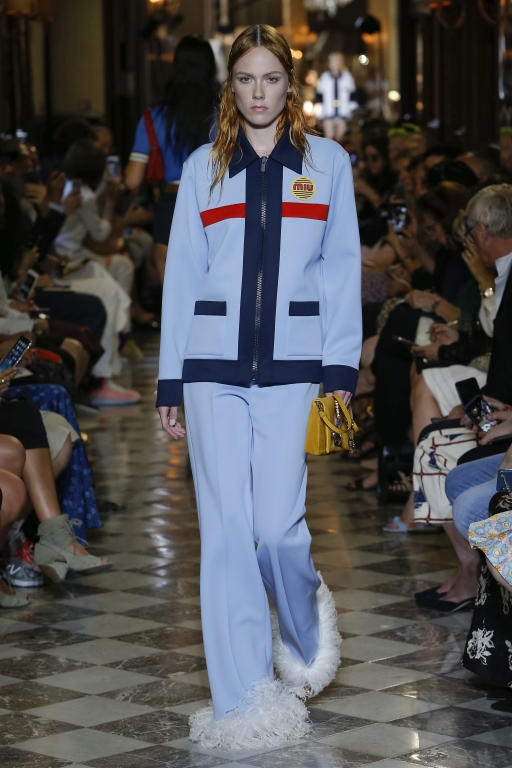 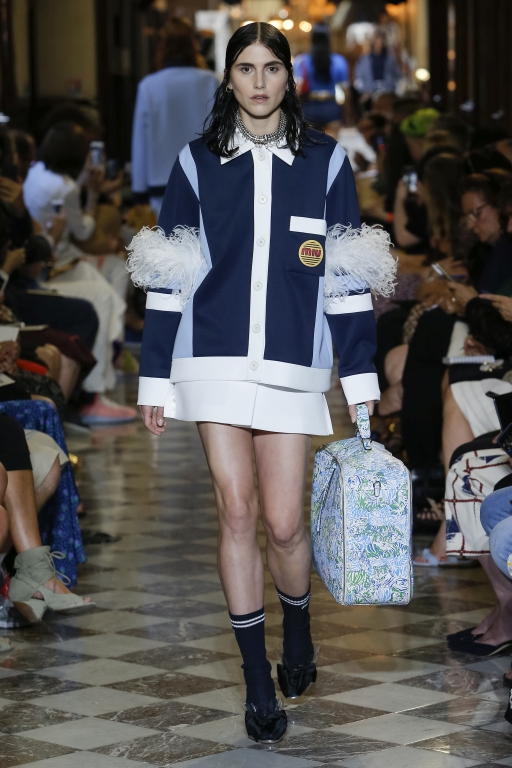 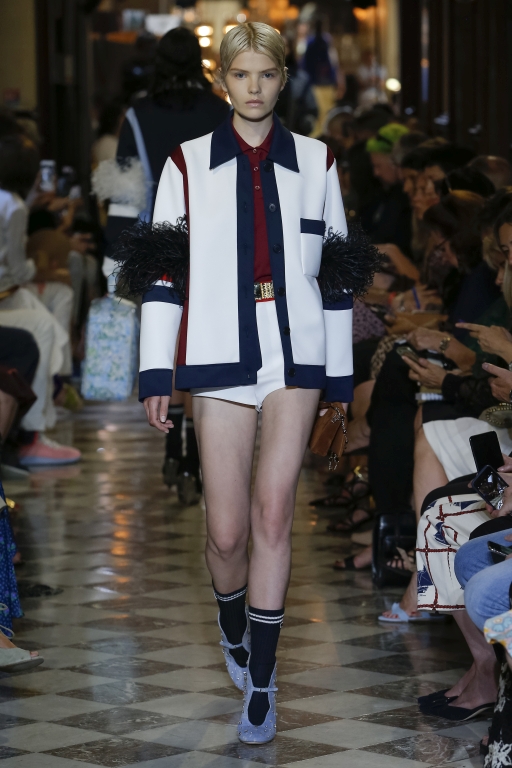 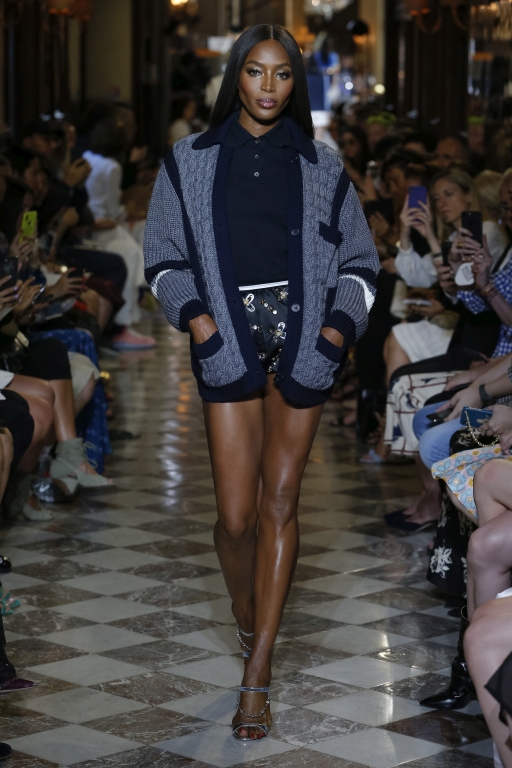 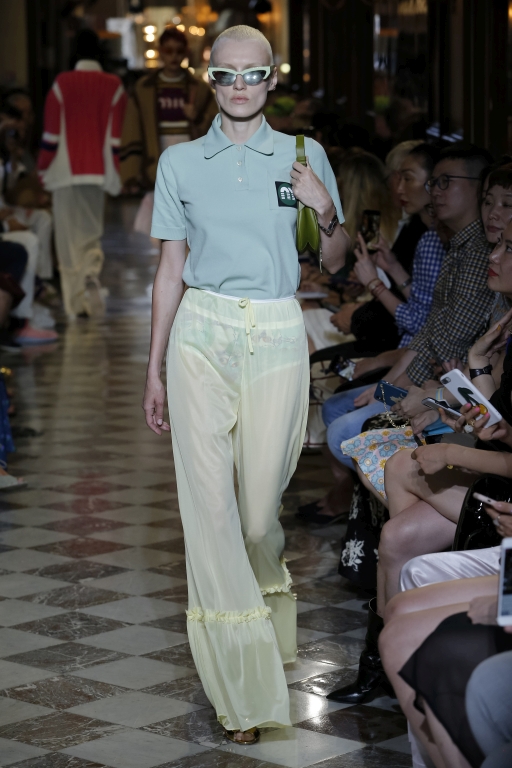 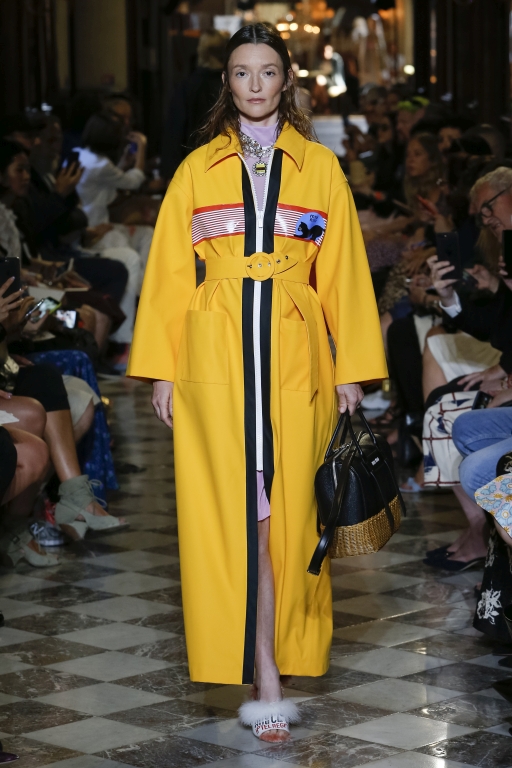 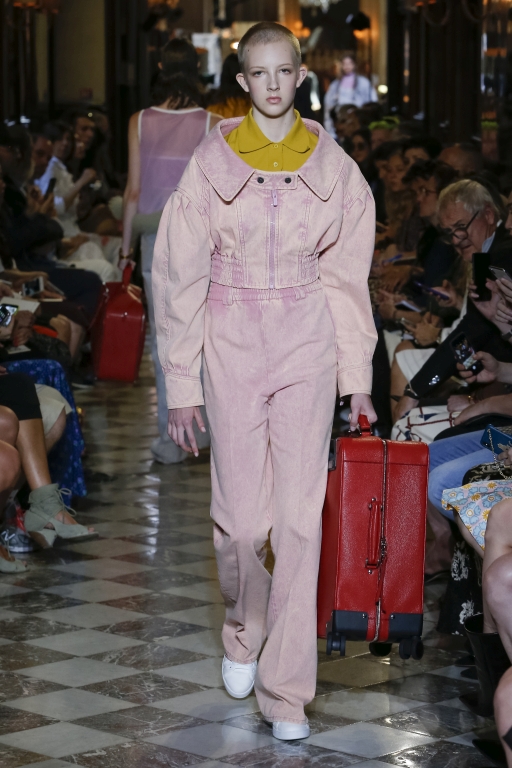 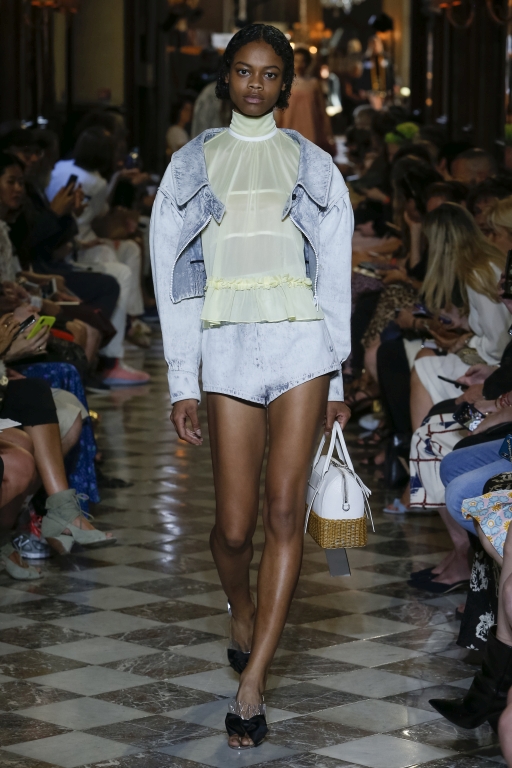 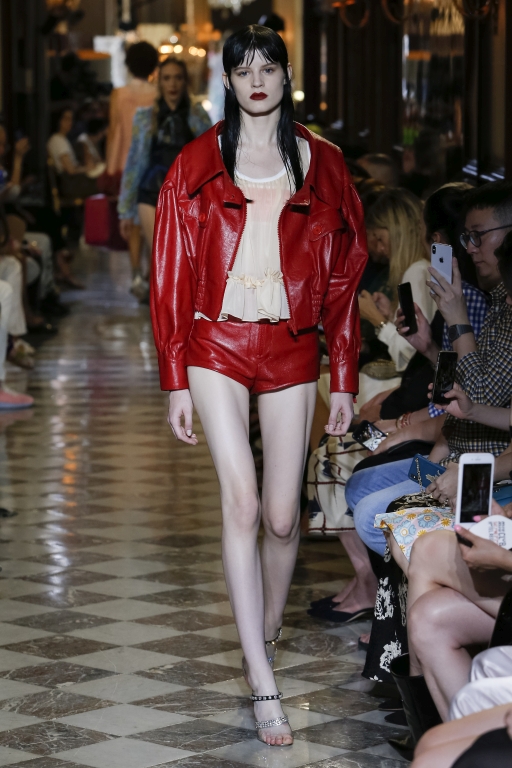 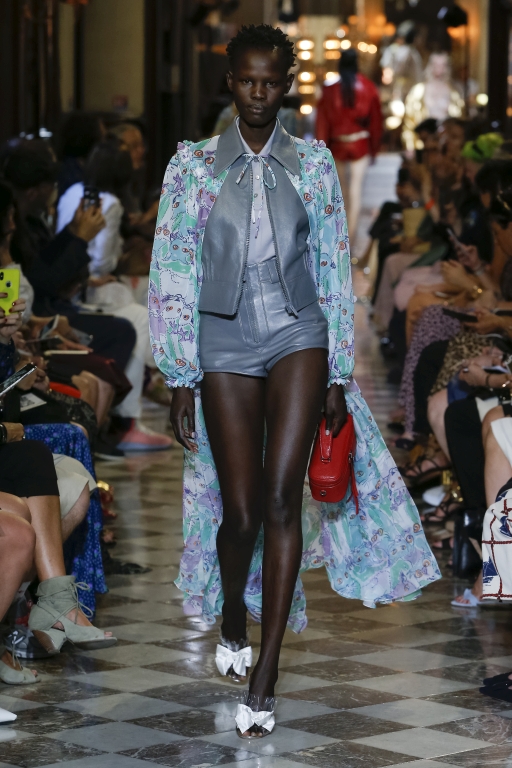 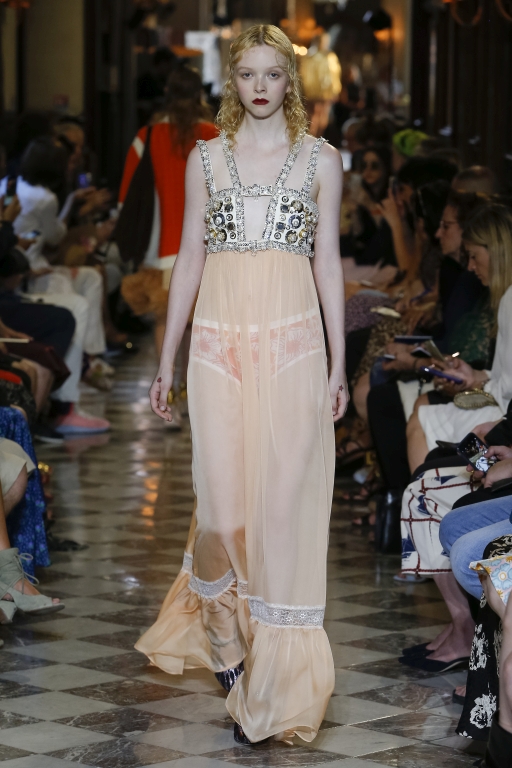 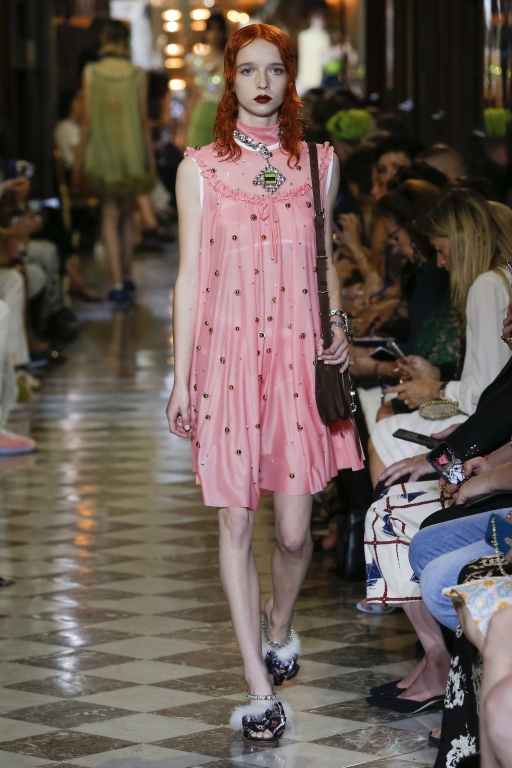 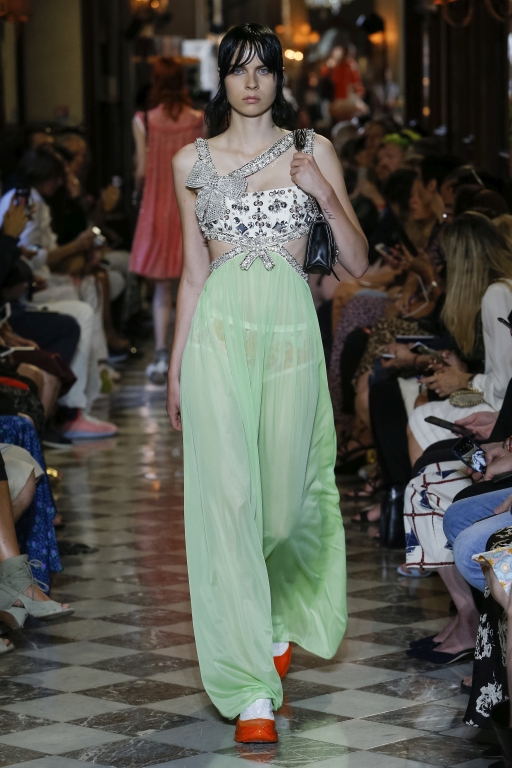 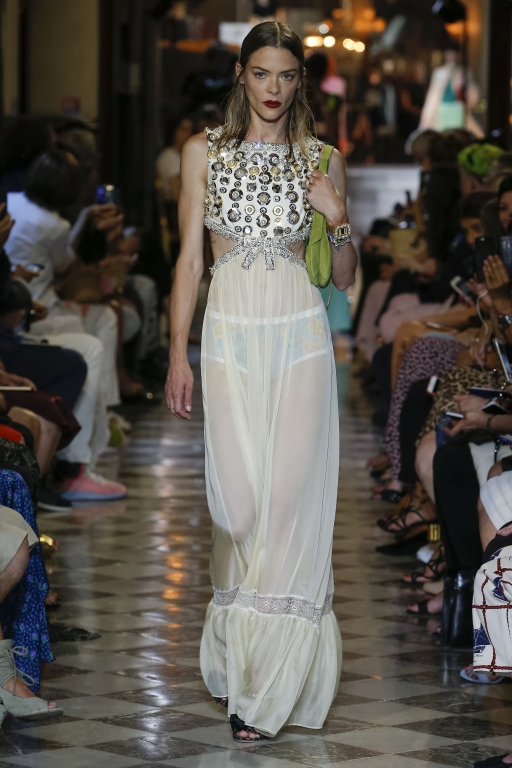 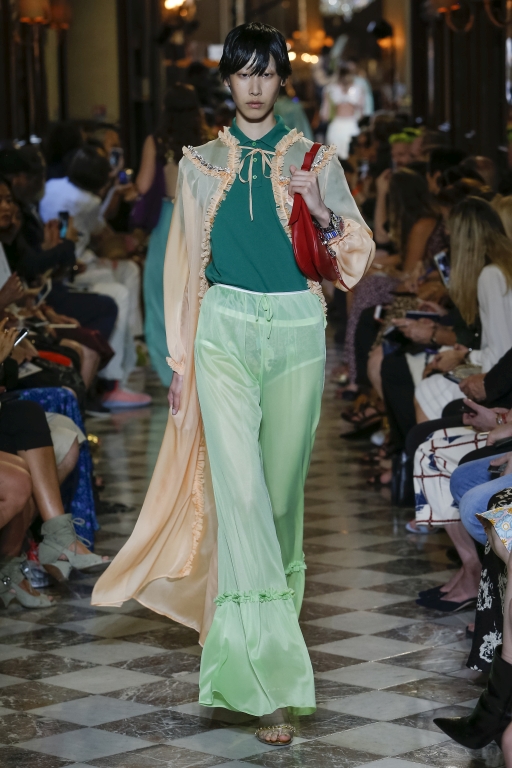 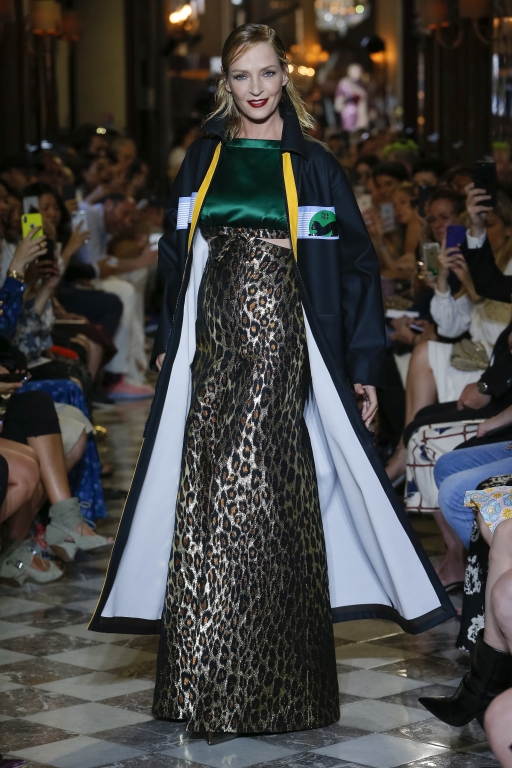