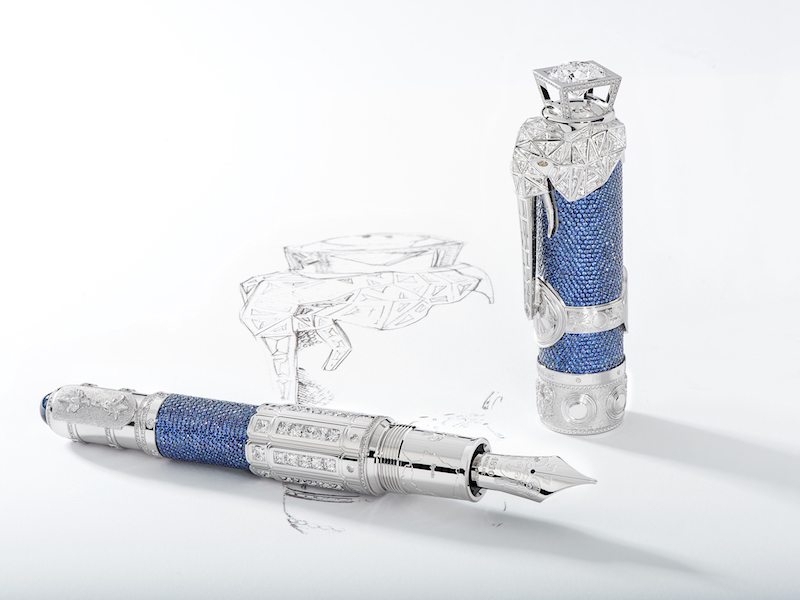 By pairing technical virtuosity with boundless creativity, Montblanc artisans create elaborate pieces that defy imagination. Leaning on the skills and the métiers d’arts that have been nurtured at the Montblanc Atelier for over 110 years, traditional expertise is combined with high precision and high technology tools to craft masterpieces from the finest materials available. The new High Artistry Homage to Hannibal Barca Limited Edition boldly pushes creative and technical boundaries to tell the story of one of history’s great figures.
A Punic military commander from Carthage, Hannibal Barca (247 – between 183 and 181 BC) is considered one of the greatest military commanders of the antiquity alongside Julius Caesar and Alexander the Great. He is sometimes referred to as the “father of strategy” because his military tactics were adopted by his great nemesis, Rome. Setting out from Carthaginian-dominated Spain with a small army of select troops, he fought his way over the Pyrenees and crossed the Alps with elephants and a full baggage train at the outbreak of the Second Punic War. In his first few years in Italy, he won three dramatic victories — the Trebia, Lake Trasimene, and Cannae. 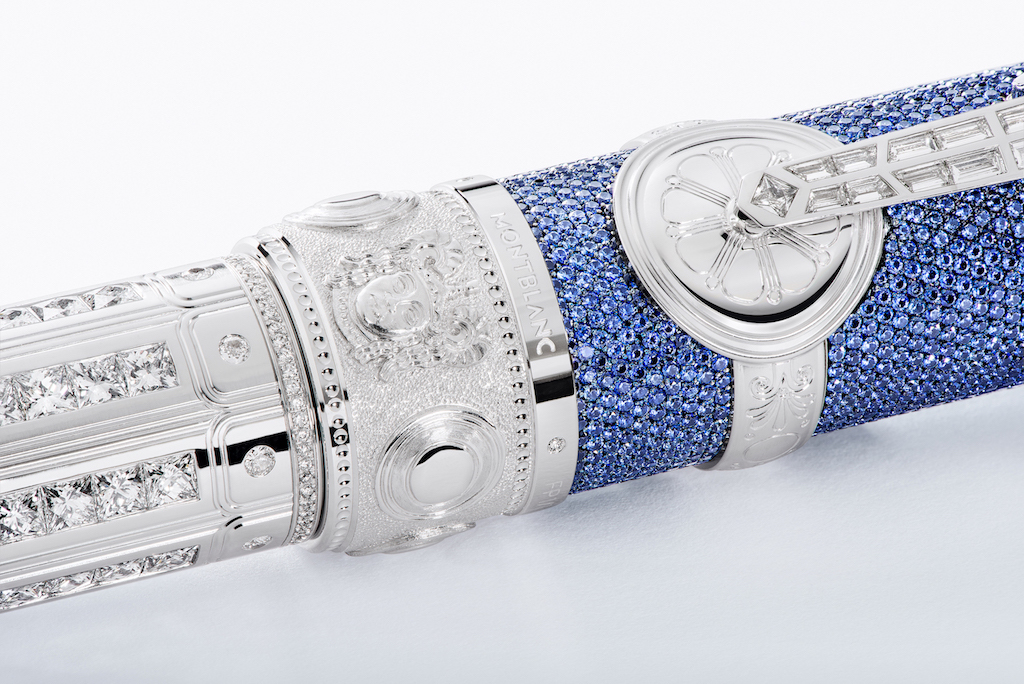 In honour of his strategic genius, the Hannibal collection displays several outstanding techniques from stone cutting and setting, to granulation lacquering and cutting-edge technology like the use of ultraviolet laser. While these innovations reflect Montblanc’s pioneering spirit, they also mirror Hannibal’s lifelong passion for pushing boundaries in his unstoppable quest for glory. The design of the new High Artistry editions is inspired by the major events of the second Punic war when Hannibal made his epic crossing of the Alps in 218 BC accompanied by his elephants. Each of the editions features a cap top in the shape of an elephant with a clip shaped like the animal’s trunk. In reference to his military exploits, many details used in the editions evoke the military armour worn by the Punic army, whether delicate engravings on the cone ring to ancient drawings to Punic armour design engraved on the nib. When Hannibal’s generals warned him that it would be impossible to cross the Alps on the back of an elephant, he said “Aut viam inveniam aut faciam” (“I will either find a way, or make one”). Limited to just one piece worldwide as a tribute to this fearless individual and with a price of €1.5 million, the High Artistry Homage to Hannibal Barca Limited Edition 1 features a dazzling combination of white gold and diamonds contrasting with a full pave of blue sapphires. The elephant trunk clip is one of the most sophisticated clips ever conceived by Montblanc with all stones set on clip and elephant head of the cap individually cut and set by hand requiring months of meticulous work. Because of the unusual shape of the clip, the Montblanc Artisan Atelier developed an external tensioned clip to achieve the design and aesthetics of the elongated trunk of the elephant, while at the same time providing high precision and smooth clip function. The white gold fitting stands out against the deep blue of the sapphires on the barrel, embellished with individual rows of carée cut diamonds. Celebrating his epic journey to victory, the forepart of the writing instrument is engraved with his route from Carthage to the Rome. The Au750 solid gold nib is decorated with a special design representing the Carthaginian deity Baal’Hammon and adorned with two brilliant-cut diamonds. Crowning the fountain pen, a magnificent 6.03 ct. brilliant-cut DFL diamond is displayed on a stone-holding table set with diamonds. Achieving this feat of stone-setting virtuosity requires absolute precision from Montblanc’s stone setters. A blue sapphire cabochon from Ceylon shines at the base of the cone, adding dazzling elegance to this one-of-a-kind work of art.

With a limitation number of just five pieces in reference to the five great generals in Hannibal’s family, the High Artistry Homage to Hannibal Barca Limited Edition 5 writing instrument contrasts a cap and barrel in dark blue sapphire with Au750 solid champagne gold fittings. The middle of the cap is adorned with an oval gold shield, evoking a Punic cuirass. For the first time in the Maison’s history, the Montblanc emblem that crowns the fountain pen has been replaced with an exquisitely engraved and polished 3D model of the Mont Blanc massif in rough rock crystal, a reference to Hannibal’s crossing of the Alps. The rare mammoth ivory on the cone is engraved with a special tool and special techniques because of its extreme fragility. Gem-setting artistry has been applied to the decoration of the writing instrument with individually cut diamonds embellishing the elephant trunk clip, one brilliant-cut diamonds of approximately 2 cts set on the cone and two dark blue sapphires adorning on the Au750 solid champagne gold nib. 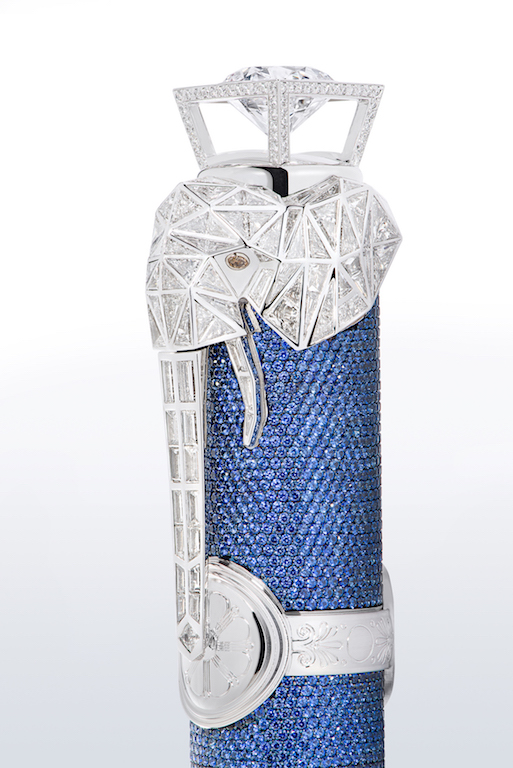 The High Artistry Homage to Hannibal Barca Limited Edition 10 draws inspiration from the Battle of Cannae, one of the greatest tactical feats in military history when Hannibal defeated a new Roman army of unprecedented size with a much smaller army that captured 10,000 Roman soldiers. In a design first for Montblanc, an anthracite titanium underlay has been paired with a solid white gold uncoated overlay, creating a refined contrast with the two different finishes. For the first time, a full studded bar with black onyx has been inserted in the barrel overlay by hand, another innovative feature of this edition. A nod to the general’s military prowess, the strategic plan of the Battle of Cannae is engraved in bicolour on the barrel. The Montblanc emblem that crowns the writing instrument is crafted from white agate set inside rock crystal, a combination reminiscent of the snowy mountains that Hannibal’s army encountered during their military expedition. The cone is shaped like a Carthaginian combat ship’s bow and is set with a single sapphire of approximately 0.74 ct.
The final edition in the collection, the High Artistry Homage to Hannibal Barca Limited Edition 86 combines multiple materials and techniques to create an elaborate writing instrument fitting of the great military strategist. The limitation number is a reference to the 86,000 men who crossed the Alps with Hannibal. In another design innovation for Montblanc, the cap is made of wood embellished with a lasered leo pattern, recalling the panther skin Hannibal and his generals wore to protect their left arm and shoulder. The effect is created by using new high precision ultraviolet laser technology to protect the surface of the wood from any heat damage while achieving an elegant lasering effect. The tone of the wood is enhanced with fittings in red gold. The elephant trunk is made of solid red gold, and its eyes are set with cognac colour, marquise cut diamonds. A tribute to Hannibal’s campaign to Italy, the cone features granulation lacquering, a special technique that involves several rounds of engraving on the lacquer to create a surface similar to that of mosaic. The Au750 solid rose gold nib is decorated with a special engraving of a laurel wreath. In reference to his expedition through the Alps, the cap top is made of granite with the Montblanc emblem in precious mother-of-pearl. 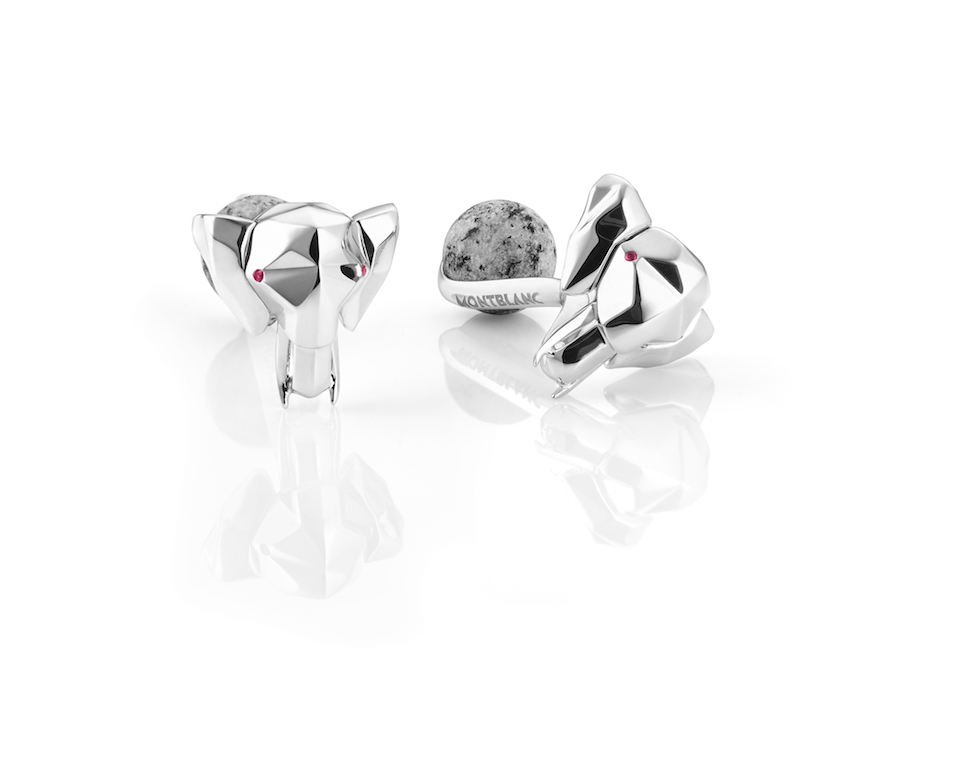 In homage to Hannibal’s impressive elephants, a limited edition of 10 pairs of masculine cufflinks has been designed to accompany the Limited Edition 10 writing instruments. The faceted white gold head of the elephant is adorned with two rubies as its eyes. A granite bead at the end of the elephant’s trunks holds these distinctively elegant and geometric cufflinks in place.
By combining subtle variations and adjustments to traditional know-how with high precision tools and innovative technologies, the High Artistry Homage to Hannibal Barca Limited Editions take craftsmanship to new heights of virtuosity, honouring the character and genius of an inspirational pioneer whose feats continue to fascinate centuries later.