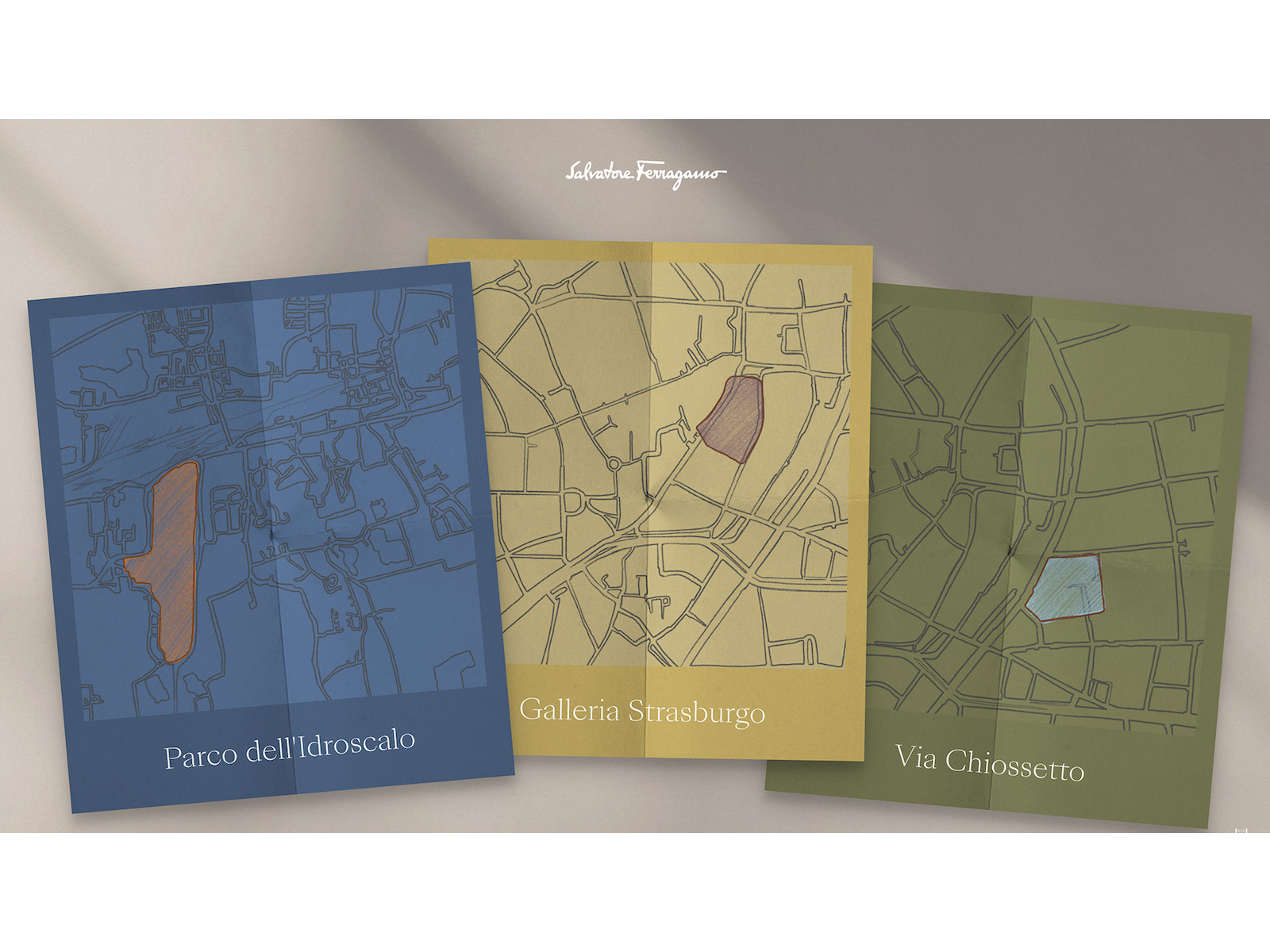 With the world still on pause, Enigma lets users explore the Salvatore Ferragamo’s Spring-Summer 2021 collection from their safety of their own homes. The brand’s latest venture into digital innovation sees players test their memory, intuition and investigative skills through a series of online games.

Enigma is in part inspired by the Spring-Summer collection’s accompanying film, directed by Luca Guadagnino. The film sees the collection showcased in an out-of-the-ordinary Milan, paying homage to both the fashion capital and the work of legendary director Alfred Hitchcock. Throughout the film, Guadagnino employs classic horror techniques popularized by Hitchcock, including shadow shots and close-ups, to create an eerie, unsettling atmosphere – notion that something might be lurking just beneath the surface is present throughout the piece.

It’s a striking and bold choice, which does well to introduce the suspenseful tone and style of the new collection. This is also brilliantly mirrored in Enigma, which uses mysterious clues and an investigative format to invite users to wonder and discover – what exactly is afoot?

Players will move through a series of levels, exploring a virtual rendition of Milan and slowly unlocking exclusive content from the brand.

Enigma is just the latest in Ferragamo’s ongoing move to become a more digital brand. In the past, they’ve offered virtual showrooms and a made-to-order digital tool to give customers virtual tours of selected boutiques.