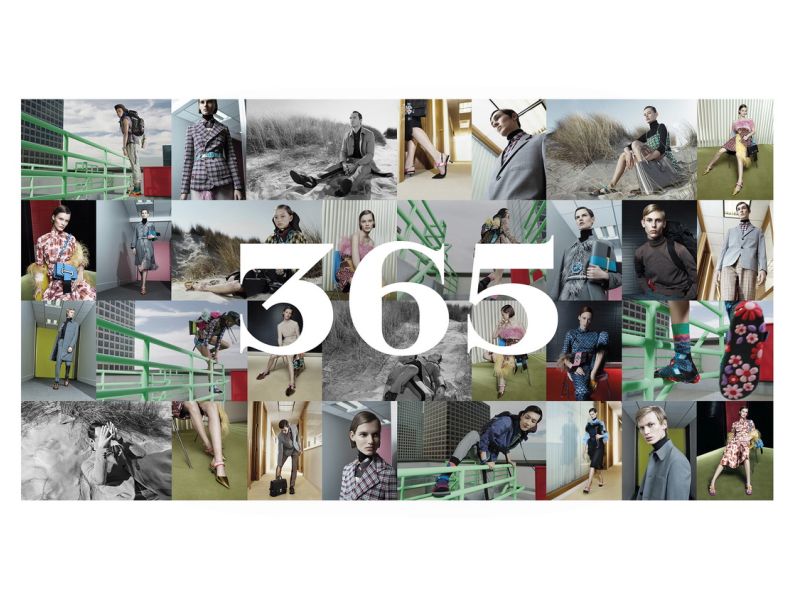 A reimagining of a fashion campaign, challenging convention and freed from creative boundaries, 365 envisages a new multi-faceted concept of fashion advertising, displaying manifold interpretations of the Prada collections. The Spring/Summer 2017 campaign marks the first stage in this new approach.

Instead of representing a singular idea through imagery for an entire season, there are multiple narratives of a shifting and equally multi-dimensional world. Not one story, but many. Modernity is found in this plurality: it is a reaction to the moment, to humanity, to life. The complexity of imagery reflects the complexity of reality. There is always more than one point of view. 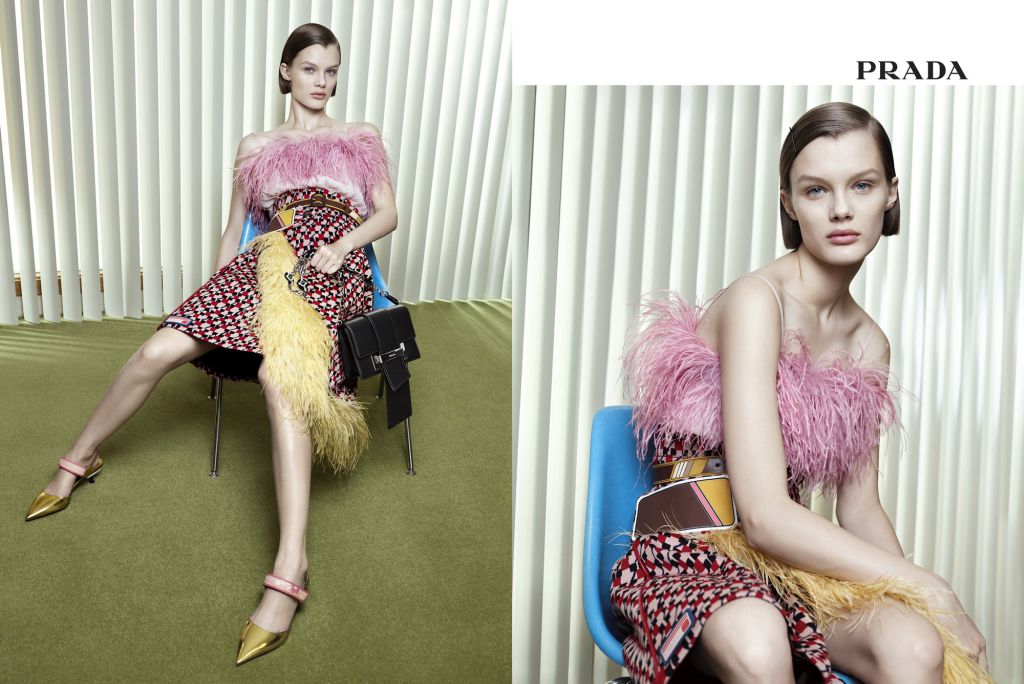 Throughout the year, new imagery will be produced, showcasing the Prada collections in a variety of different manners. Spontaneous and immediate like Prada’s fashion, these images do not exist in a vacuum: they are contemporaneous, influenced by the world around them. Like fashion itself, they will capture the individual moment, the moods of the time, a reaction to the heightened pace of today. 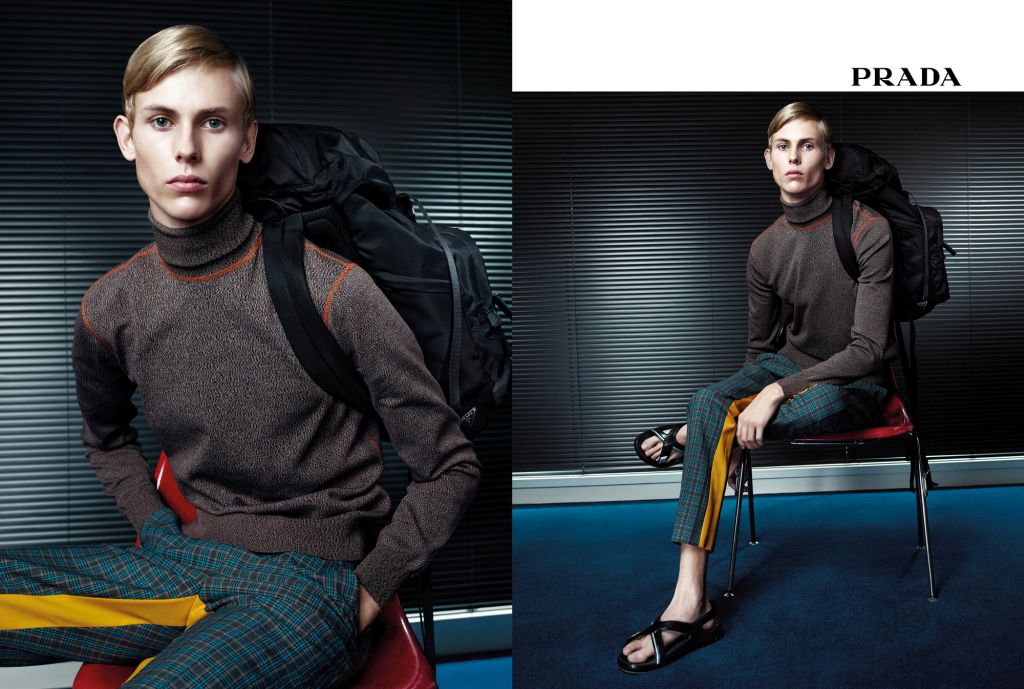 The Spring/Summer 2017 campaign showcases five separate visual identities, five Prada realities: Pathways, Frontiers, Stations, Exits and Terrains. Each represents different scenes from the same story, a sequence of imagery, but are dichotomous, entirely distinct. The five strands are united by the instantly-recognisable photographic language of Willy Vanderperre, and the aesthetic of Prada. 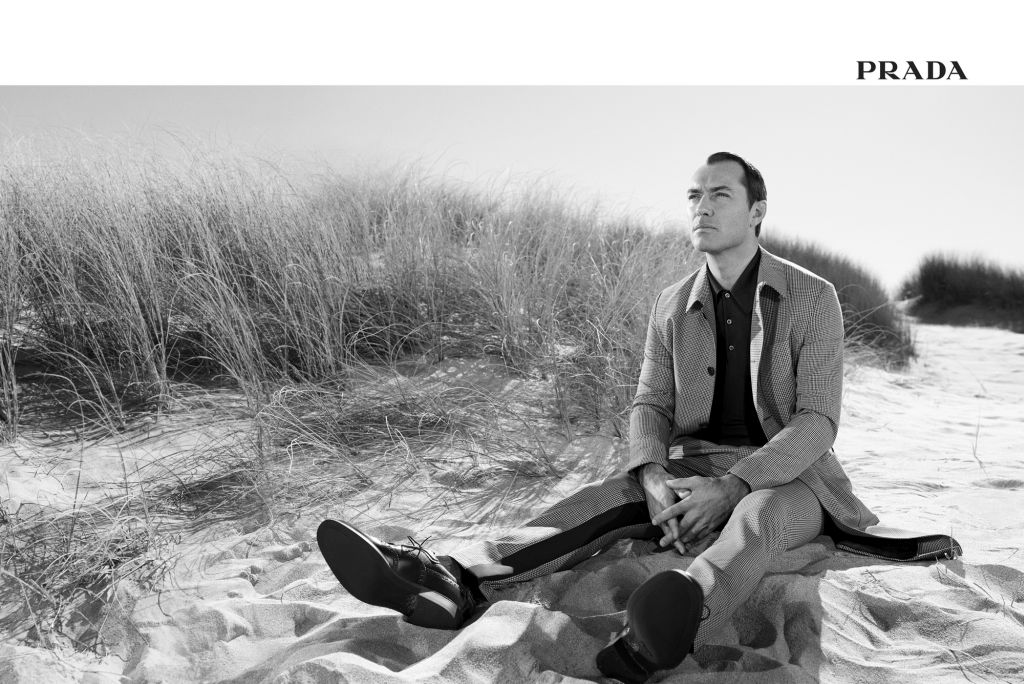 The emphasis is on their difference. Environments move between an office and the beach; from indoors to in nature, black and white to colour. A cast of characters – new and exclusive faces, and recognised named – shift and change between each of these five visions of Prada, enforcing the individuality of each. Different places, different people, a different point of view.

For the Prada Spring/Summer 2017 men’s campaign, the actor Jude Law takes centre stage in a film noir-ish landscape of monochrome sand dunes. As an actor, Law shifts between different characters, guises and realities – he is always and never the same, constantly shifting our perceptions yet always recognisable. He embodies the elastic nature of the project: he presents multiple realities, all of which are true.

In a challenge to the singularity of traditional campaign imagery, the multiplicity of interpretations will continue throughout the year. The campaign is a unique and discernible viewpoint that stands apart. Prada’s fashion proposes something new, as does this new approach to advertising. 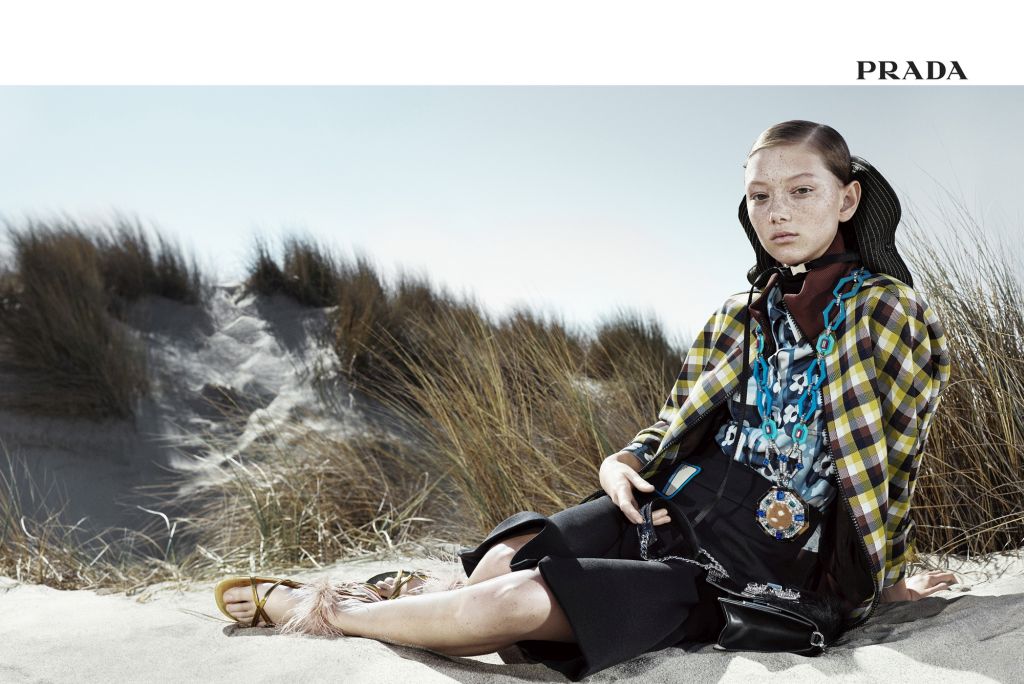 The visions behind each of these Prada images – and behind this new advertising concept as a whole – echo the ever-shifting needs and desires of everyone’s lives, every day. Prada, 365. 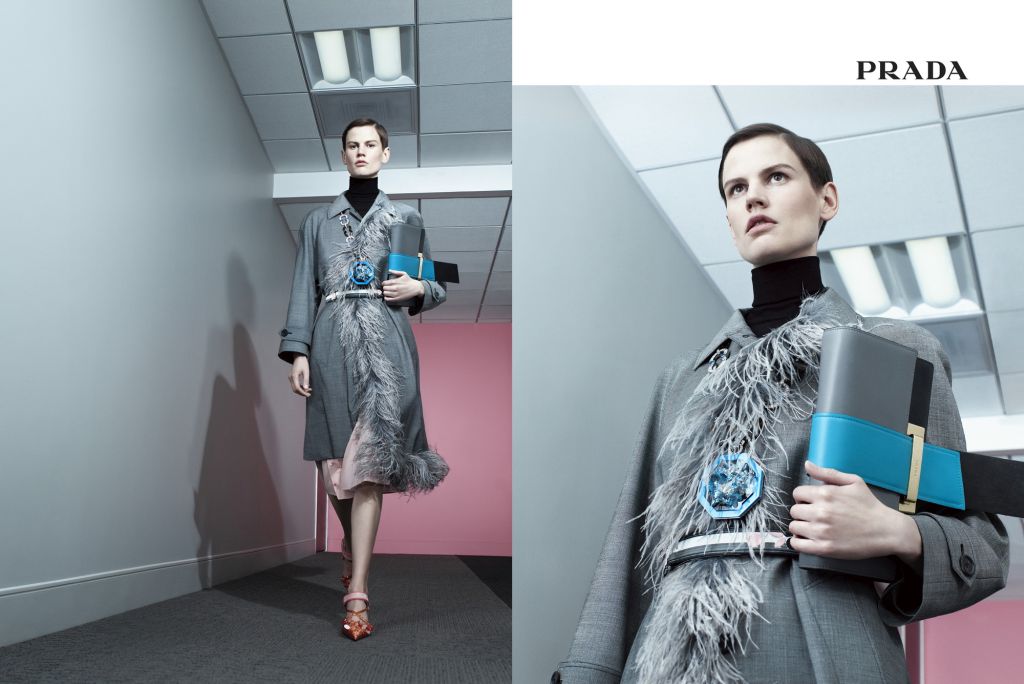 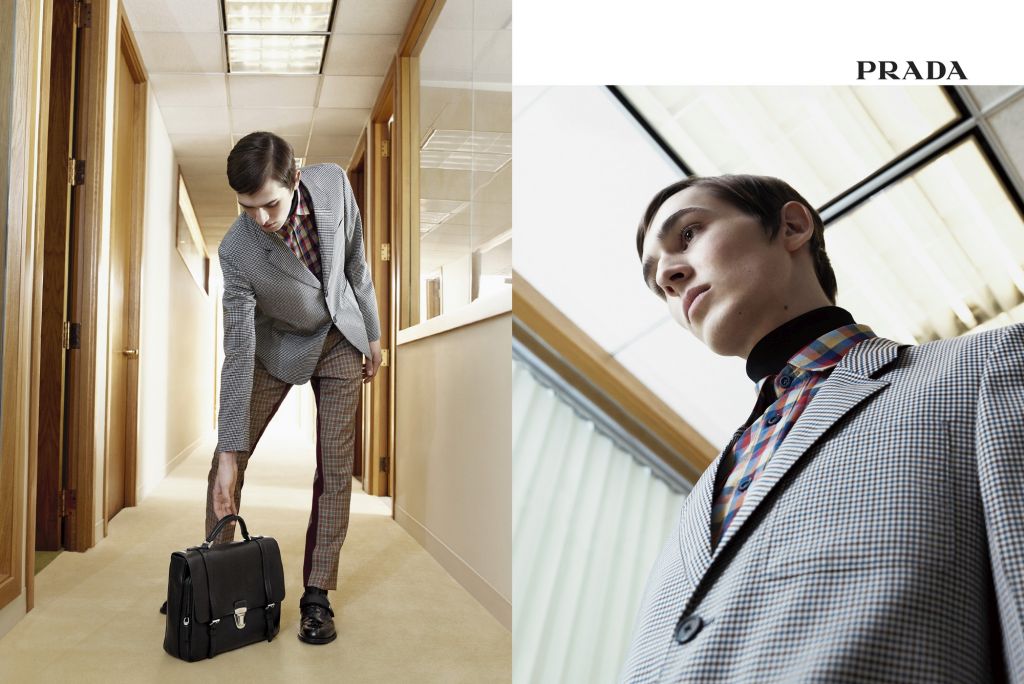