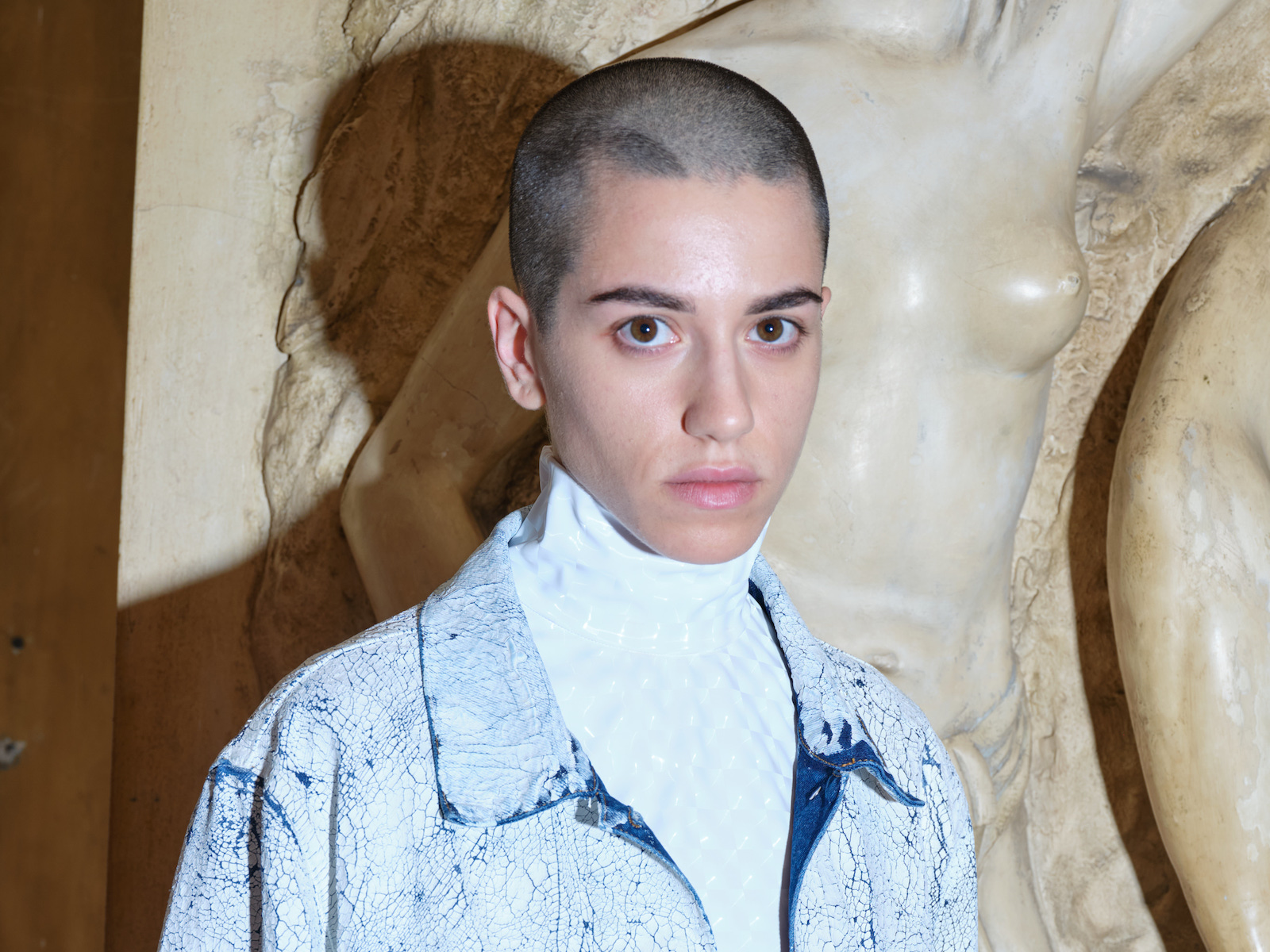 A fierce yet endearing tribute to Milan, MANIFESTO for MGSM paid homage to the beloved city. The presentation was hardly exclusive in its casting, including other talent and creatives who are all united by the truth that to them, Milan is home. Based on the concept of reversal and a rewinding film, Massimo Giorgetti revealed his patterned satin shirts and shiny patent coats, trousers, and dresses. The bold and striking color palette spoke to the eclectic and ethereal personalities of the city, highlighting both the young and old, classic and new age, chic and hidden sides of the great Italian city. Made in collaboration with songwriter Gea Politi, Sergio Tavelli, and Andrea Ratti, the presentation takes place in the iconic Teatro Manzoni, right in the heart of Milan. Chants of “Milano” echo throughout, reminding viewers of the city’s beating heart and vibrant life.

The vision behind the film was to create a sense of renewal and to mirror both the slowed pauses and deep awareness that was cultivated in individuals this past year. At the heart of the campaign, Giorgetti communicates a future that is in the process of being rewritten, using the meaningful experiences garnered from the past. This reversal is a call to channel all that we’ve learned into shaping a new era for fashion and for the city of Milan. Peeling back the layers of this message, we are witness to the rekindling of a spark that makes Milan the “city of the future”, and a commitment to its continuous flame.