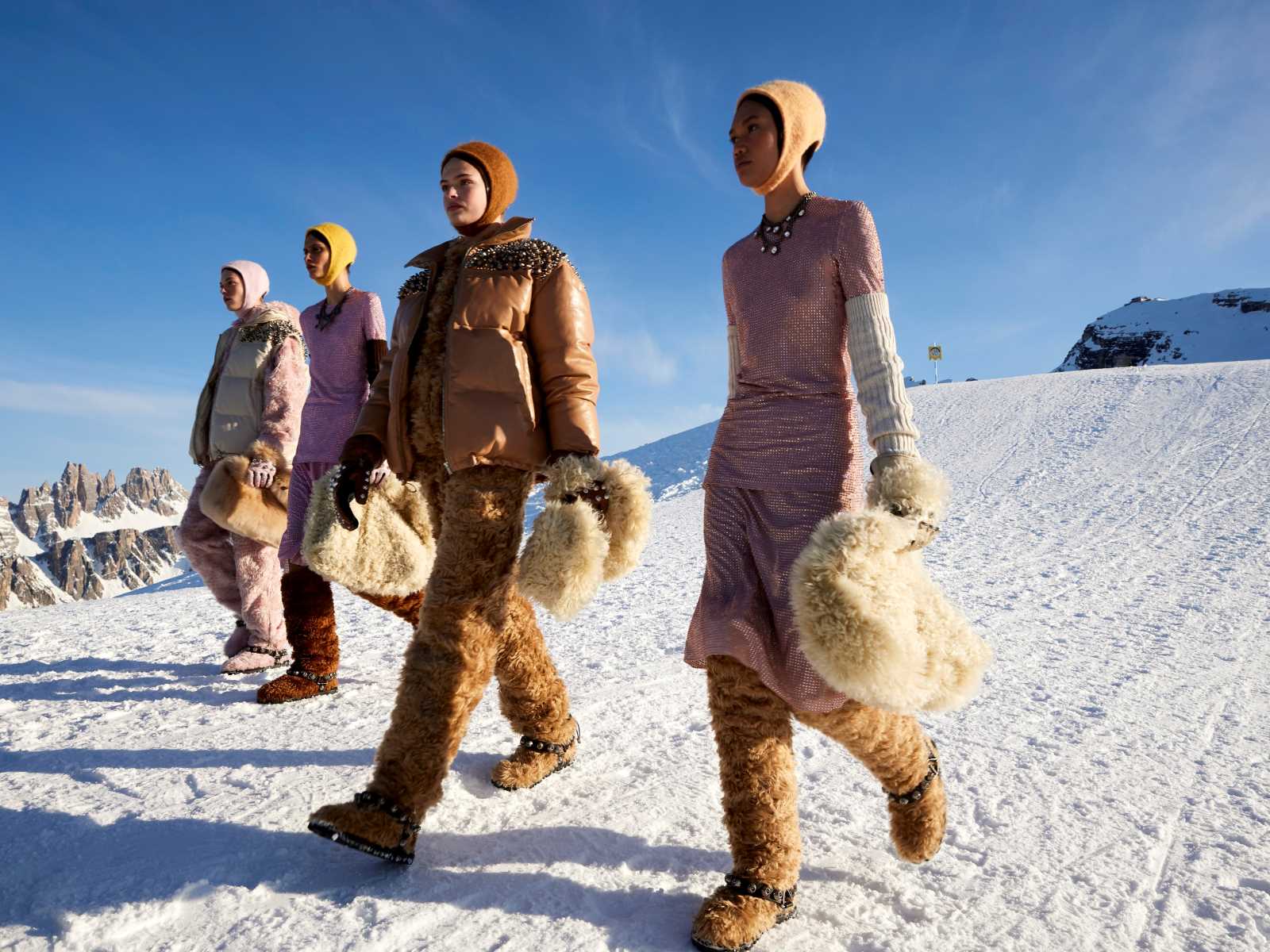 In Miu Miu’s Fall/Winter 21 collection, Miuccia Prada reveals an idea of ‘Miu Miu Mountain Club’, with a narrative of women coming together, setting out a journey. The entire atmosphere is full of exploration and courage. This shows a powerful community of feminine spirit, or as Miu Miu described – “gang of women”.  Models were based in the landscape of Cortina d’Ampezzo -in the heart of Dolomites Alps-, which shows a sense of difficulty and a brave undertaking. For a brand like Miu Miu which is often considered ‘girly’ in the public eye, the scene of this collection is a surprising contrast and drops a big impact.

Miu Miu faced the challenge of the context of a fashion show in the snow, a good combination of different intentions and characters is nicely presented, and we can see the diversity of identities found in each woman through the concept of this show. On the other hand, the practicality of fashion is expressed through this particular scene. It is not hard to see the hint of sportswear merged in the womenswear fashion, the materials of Teddy-bear faux fur and padded layers strongly suggest a sense of warmth and safety, which demonstrate the beauty of the contrast between delicacy and practicality. It can also be comprehended as the two different inner characters of feminine power, which Miu Miu managed to express.