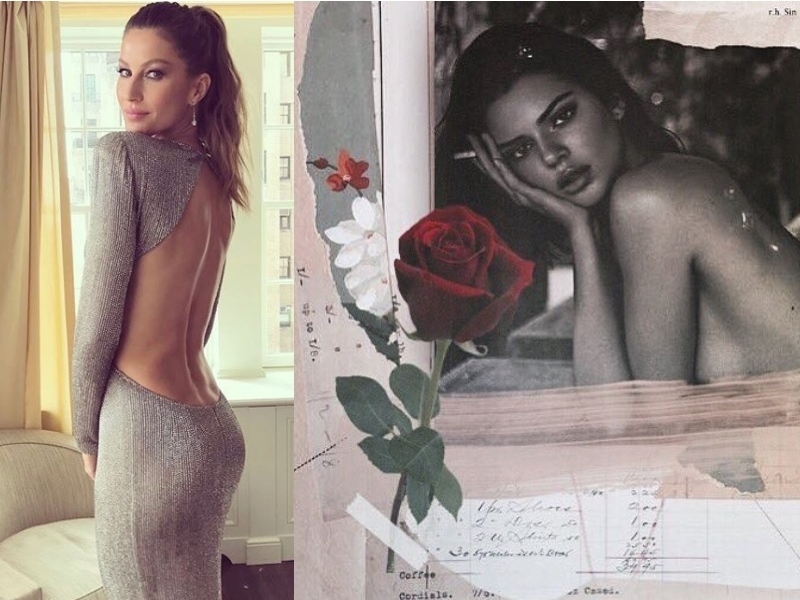 As the year 2017 is slowly coming to an end it is time to take a breath and have a look back at this eventful year. The Forbes magazine has done so and just recently published their list of the world’s best paid models including some surprising outcomes.
According to Forbes, Kendall Jenner has beaten renown top model Gisele Bündchen on the list of the top 10 highest-paid models in the world. Gisele Bündchen who carried the title for 15 years now ranks second.

Chrissy Teigen and Bella Hadid are two of the new-comers of this year’s list earning 13.5 million USD and 6 million USD respectively. Bella Hadid and her sister Gigi Hadid who launched her second see-now-buy-now collection for Tommy Hilfiger this year and was named ‘Woman Of The Year’ by Glamour, are the first sisters ever to be on the Forbes ‘Top 10 highest-paid models list’.

Always got your back ❤️guys, how lucky am I that I get to have my own personal princess as a sister!!!??! Congratulations my beautiful G to be recognized as Glamour “Woman Of The Year” I am so lucky and proud to call you my best friend, sister and icon. The @glamourmag Awards were, yet again, so inspiring, emotional and powerful. Thank you to all of the genius, incredible, strong, mega inspiring, beautiful and unique women who spoke and congratulations to all of the women who were acknowledged for their bravery, talent and strength. Such a beautiful event ❤️ I love you GStar!

Four of the top 10 earning models promoted body positivity and diversity in the fashion industry for the cover story of Vogue’s 125th anniversary issue.

With our March issue, Vogue celebrates modern American women. Click the link in our bio to read the full cover story. Photographed by @inezandvinoodh, styled by @tonnegood. #Vogue125

The highest-paid models in the world and their earnings in 2017 are: