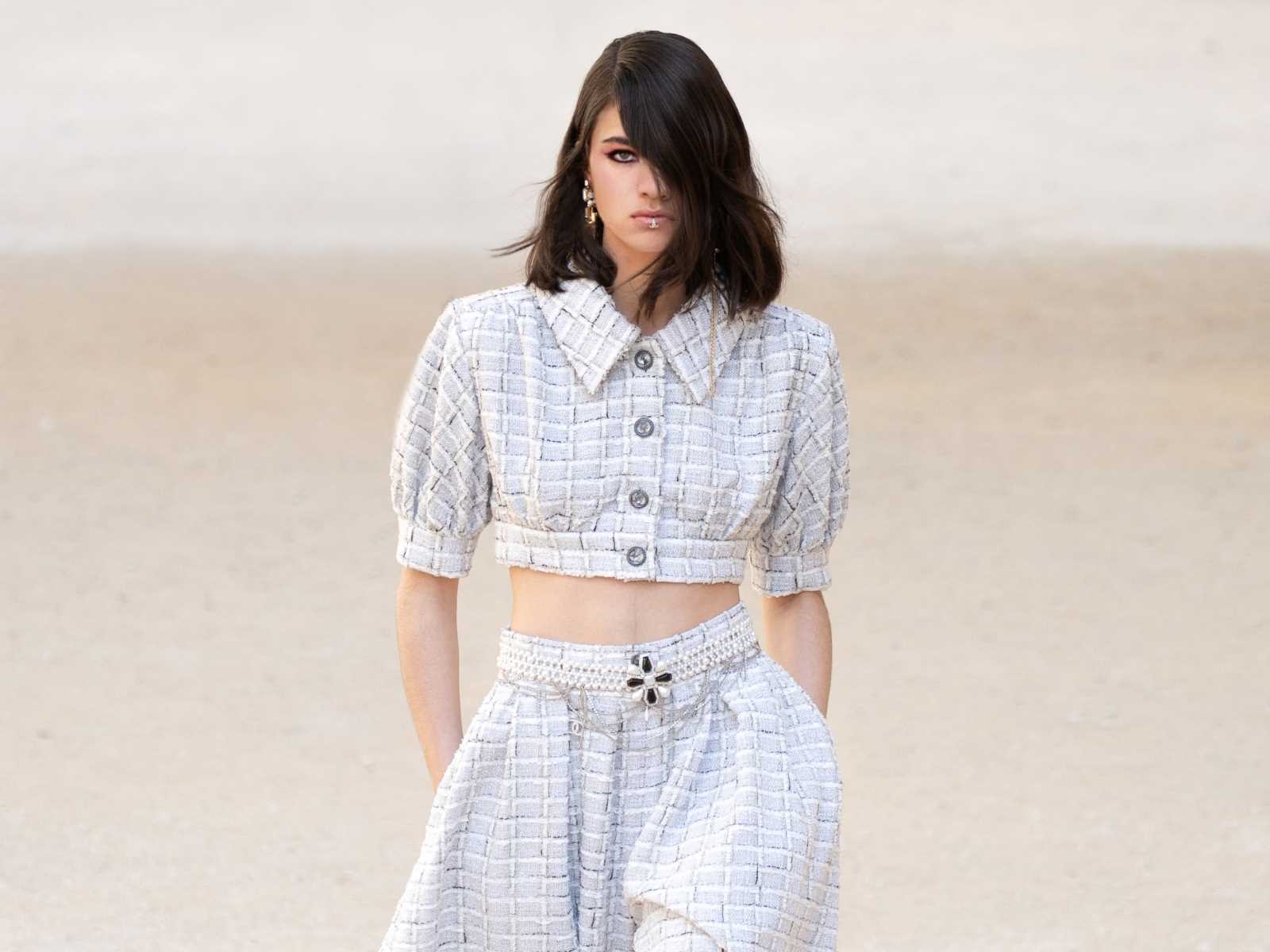 This year’s Chanel Cruise show took place in Carrières de Lumières, which is in the village of Les Baux-de-Provence – a perfect location that shows the grand scene with its historical influences. As a place of history, lots of artistic events have been presented in the Carrières de Lumières site, such as the Fantastic and Wonderful World of Bosch in 2017 and the special presentation of Van Gogh’s Starry Night in 2019. This time, combining with Chanel, one of the most celebrated fashion brands in the world, a new perspective of art, fashion and history creates a fascinating visual impact.

A strong inspiration from film can also be traced in this show. Images from Jean Cocyeau’s Testament of Orpheus (1960), which was also filmed at the Carrières de Lumières, are shown alongside letters sent by the poet to Gabrielle Chanel, as the metaphor of the evidence of their friendship. Photos of the Carrières de Lumières site are taken by the Dutch duo, which complete the teaser and as an invitation to the journey. The film of the Chanel Cruise 2021/22 collection has now been published since Tuesday May 4th at 6pm Paris time on chanel.com.

Here are some photographic highlights: