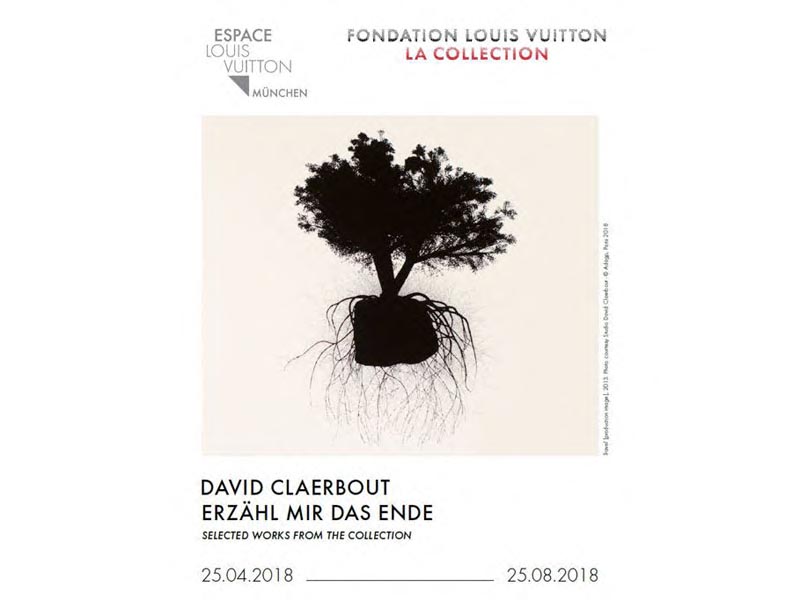 Over the past years Foundation Louis Vuitton has established itself as on an internationally level as a highly influential organisation of contemporary art and the relating artistic influences of the previous century. The symbolic building of the Foundation Louis Vuitton, created by renown architect Frank Gehry, in itself is representative of the foundations vision. Making ‘The Collection’ and other exhibitions available to the public eye is at the core of this establishment. Alongside partnerships with international museums and foundations, the Foundation Louis Vuitton exhibits and directs the artistic details of its Collection in dedicated cultural spaces, under the ‘Hors-les-mur’ program, located in Munich, Beijing, Tokyo and Venice.

This year, the Espace Louis Vuitton Munich will be showcasing two previously unseen works of Belgian artist David Claerbout. These will be exhibited in the new exhibition ‘Erzähl mir das Ende’ or ‘Tell me the end’ as part of the ‘Hors-les-mur’ program. His works have been part of numerous solo exhibitions, collective exhibitions and international Biennales, including exhibitions at the SF MOMA, Centre Pompidou and Palais des Beaux Arts.

“The era of photography is over, and we are seeing a return of what Jean Baudrillard called 3D information, namely images that are augmented by narratives or statistics. While media dissolve into one another we are witnessing a return to the primacy of the word. Photography’s time as originating from light is over.” – David Claerbout

By overlapping time sequences he created moments of ‘temporal elasticity’ challenging the understanding of time and reality, memory and experience, truth and fiction. In his works one finds themselves ‘between-images’, accompanied by different sounds, light, image sequences, and the surrounding setting as well as the topic of technologies and speed deserting the viewer to new realities.

The two works exhibiting in the Espace Louis Vuitton Munich are The Algiers’ Sections of a Happy Moment (2008) and Travel (1996-2013). Both of the works immerse the viewer into parallel realities created trough the manipulation of time and space, and sound respectively. While the first work places the viewer into an ‘omniscient’ state via observation, the second work emphasises the soundtrack, a synthesised therapeutic music score composed by French composer Eric Breton composed to reduce stress and induce sleep.

The exhibition will open on the 25.04.2018 and will be ongoing until the 25.08.2018. These exhibitions are open to the public and free of charge. Please find further details below.