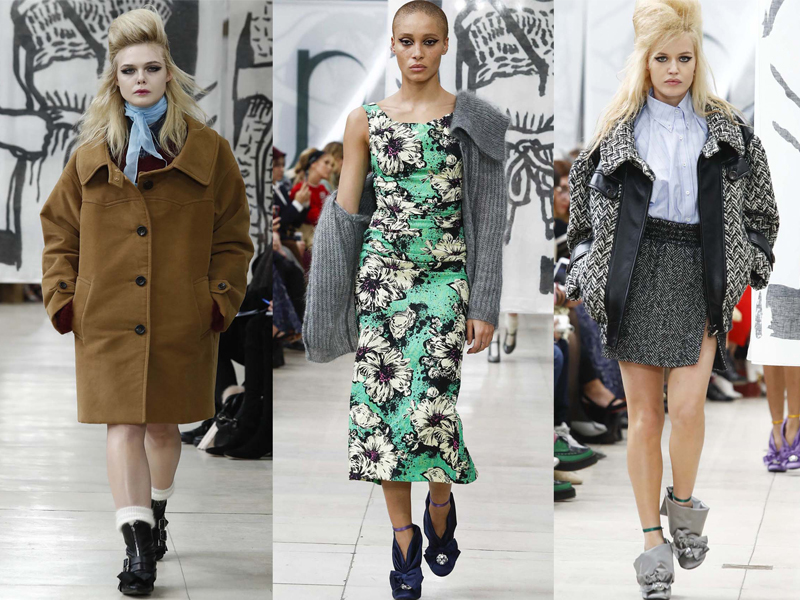 To the tunes of a sampling by Toni Basils ‘Mickey’, Elle Fanning opened the show with a big portion of attitude in a 70’s punk girl meets a 50’s youth’-look.
The show continued with the theme of past youth subcultures. With 2018’s versions of classic songs like Rolling Stone’s ‘Satisfaction’ and Devo’s ‘Whip it’, a line-up of familiar faces like Georgia Jagger, Adwoa Aboah and Kaia Gerber walked down the runway in contrasting looks stating the collection as a celebration to different personalities and styles.
All in line with Miu Miu who has always been about offering the wearer a chance to represent a variety of characters. To use their clothes as a way of expressing themselves, as a form of language. For this season’s show they therefore chose to have an installation of huge white screens in which illustrations of each alphabetical letter with different women expressed for each.
The looks, celebrating diverse identities and styles, included everything from oversized jackets paired with skin-tight pencil skirts, to a set of 80’s denim jeans and jackets, paired with sky high stilettos. With a touch of youthful attitude, we are brought back to past subcultures and attitudes.
The overall silhouette was over dimensioned shoulders, slouchy arms with an emphasis of the waist, using belts (and even double belts).
Throughout the collection a variety of prints were seen: dots, checks, herringbone, flowers in different sizes and messages in the form of words. Colors were in subdued tones of grey, beige, brown and nay mixed with bold in variaty of the 80’s palette. Materials could be seen in a wide range from wool and denim, to satin and leather.
It was obvious that this collection was all about the power of using clothes as a form of language.
Fashion is fun, play with it and use it to express your feelings and identity. Fashion doesn’t need to be more serious than that.
Here is our favourite looks: 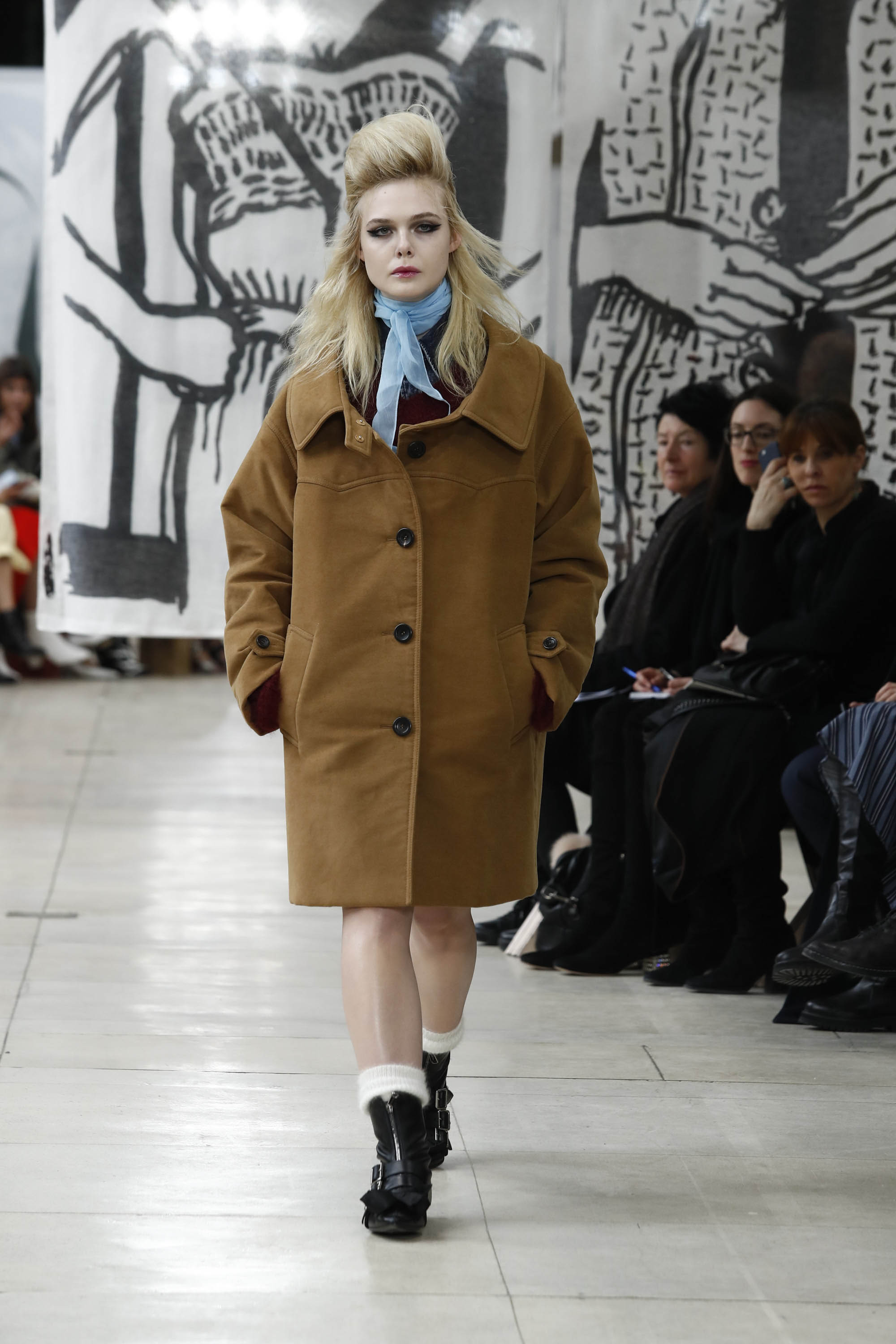 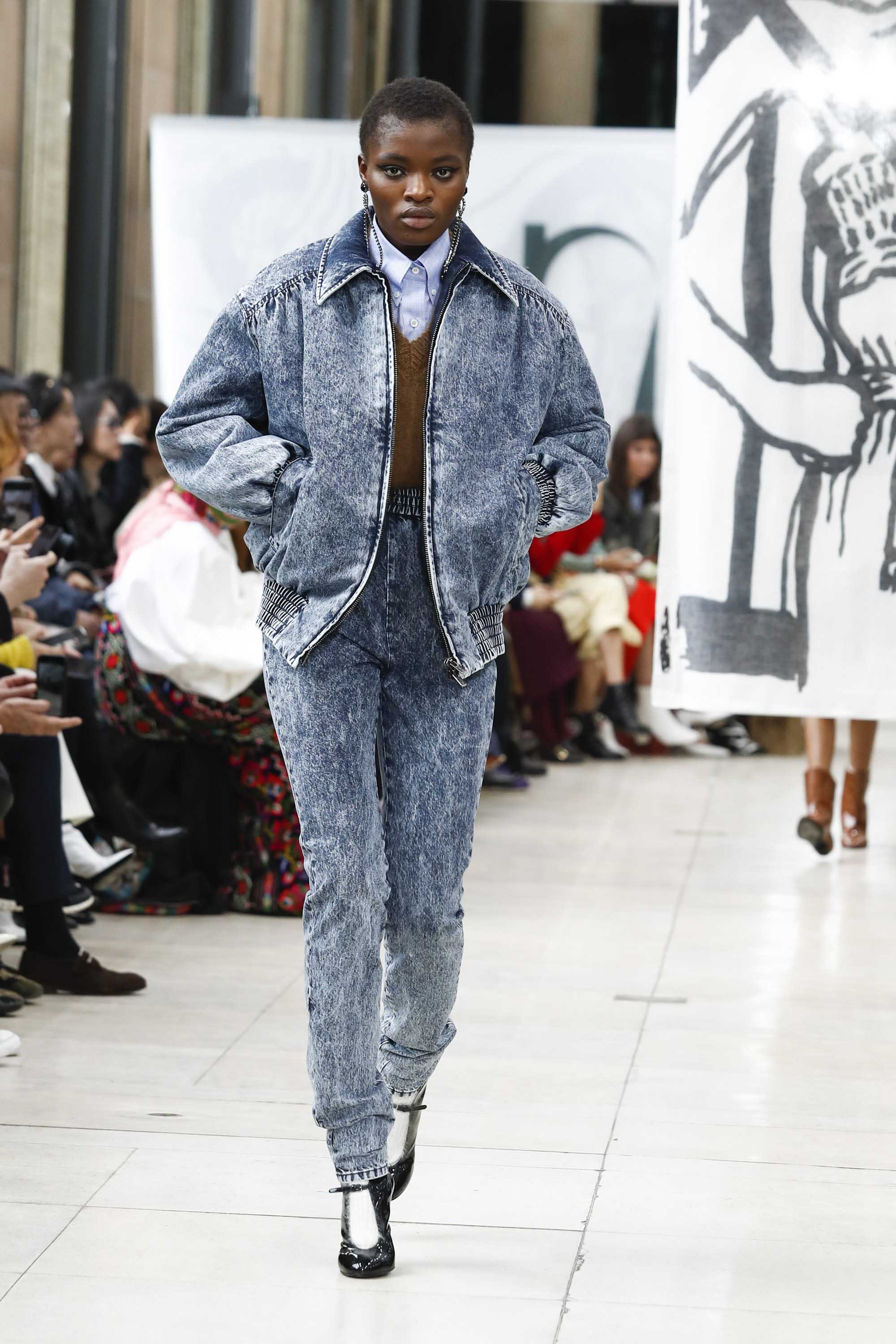 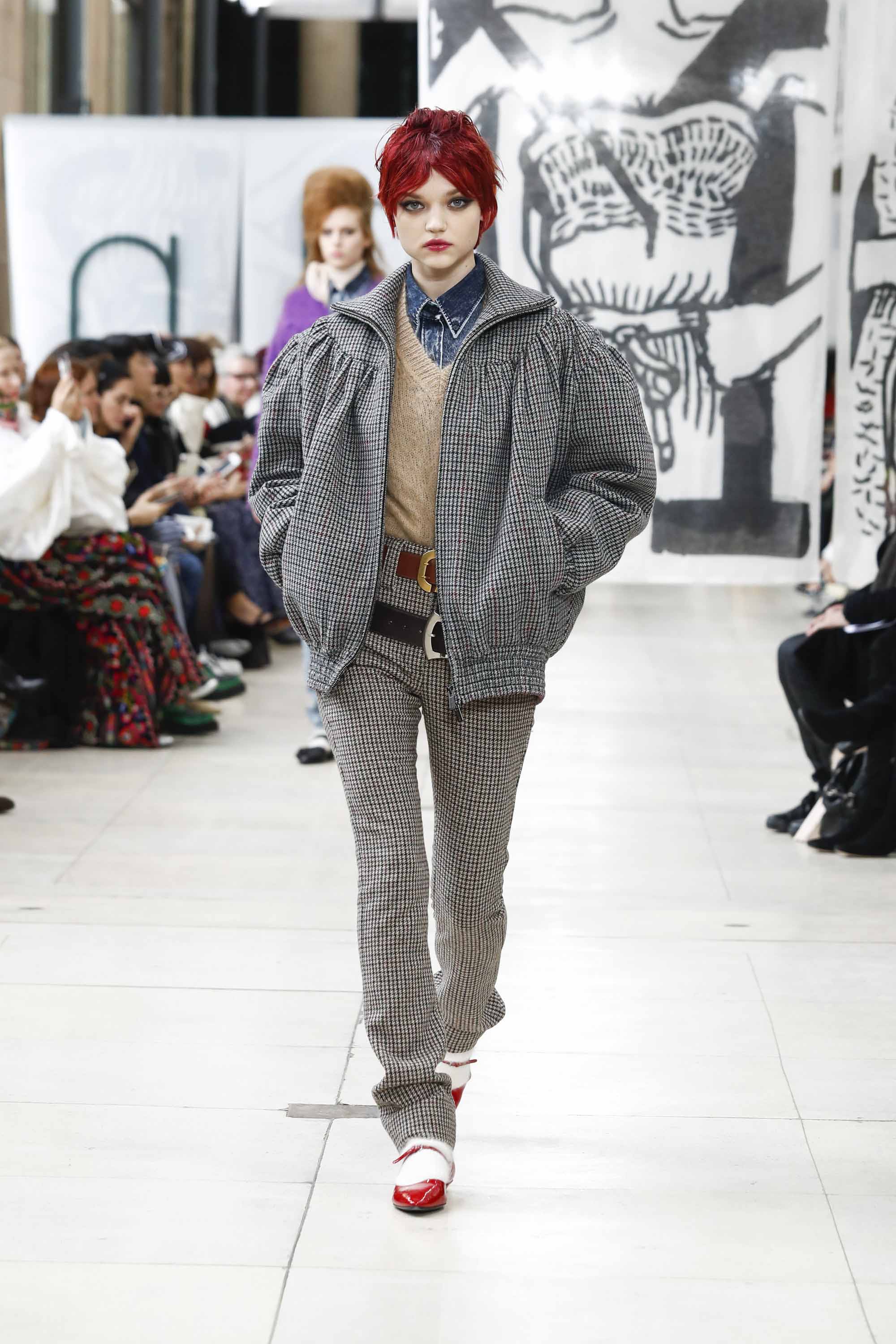 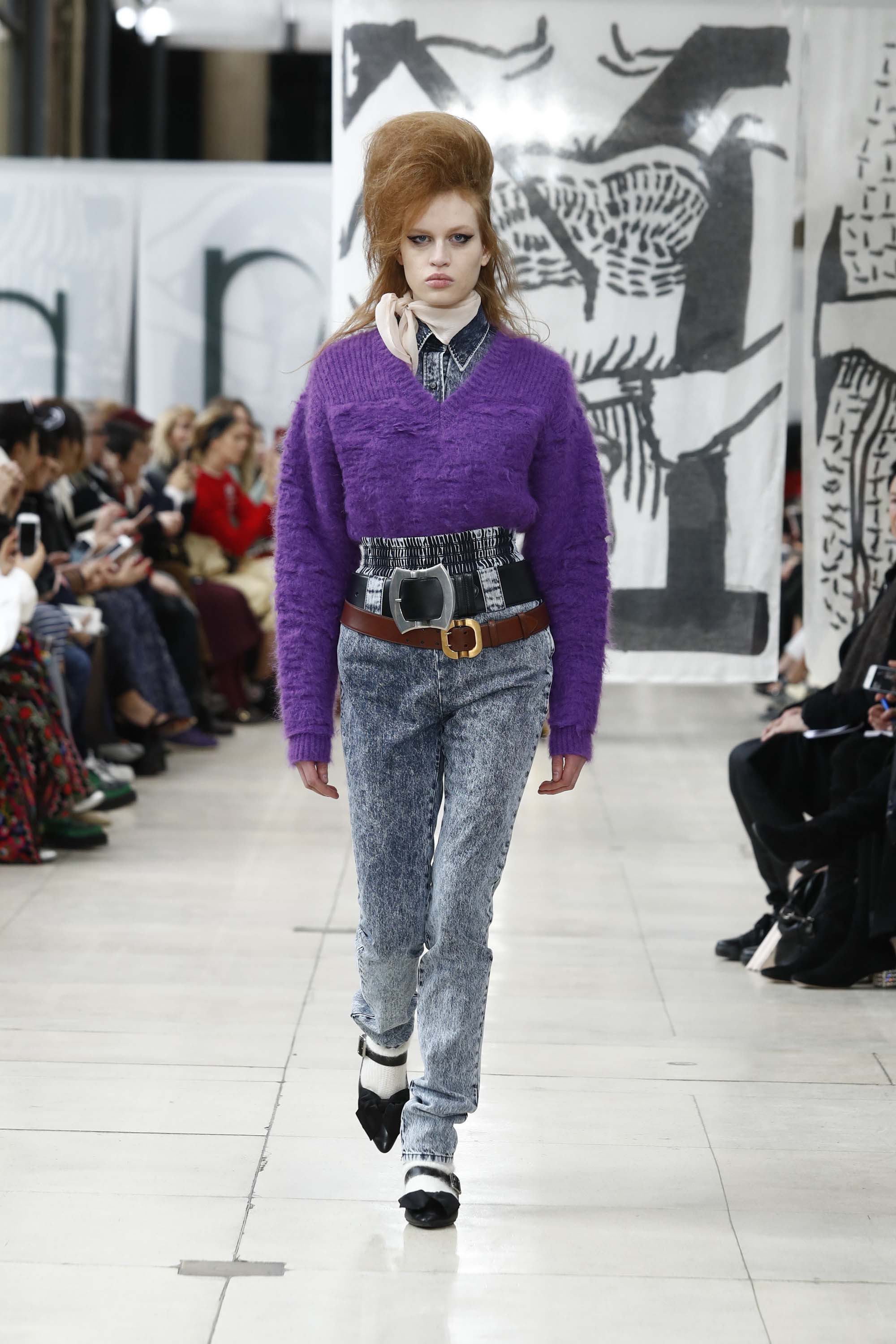 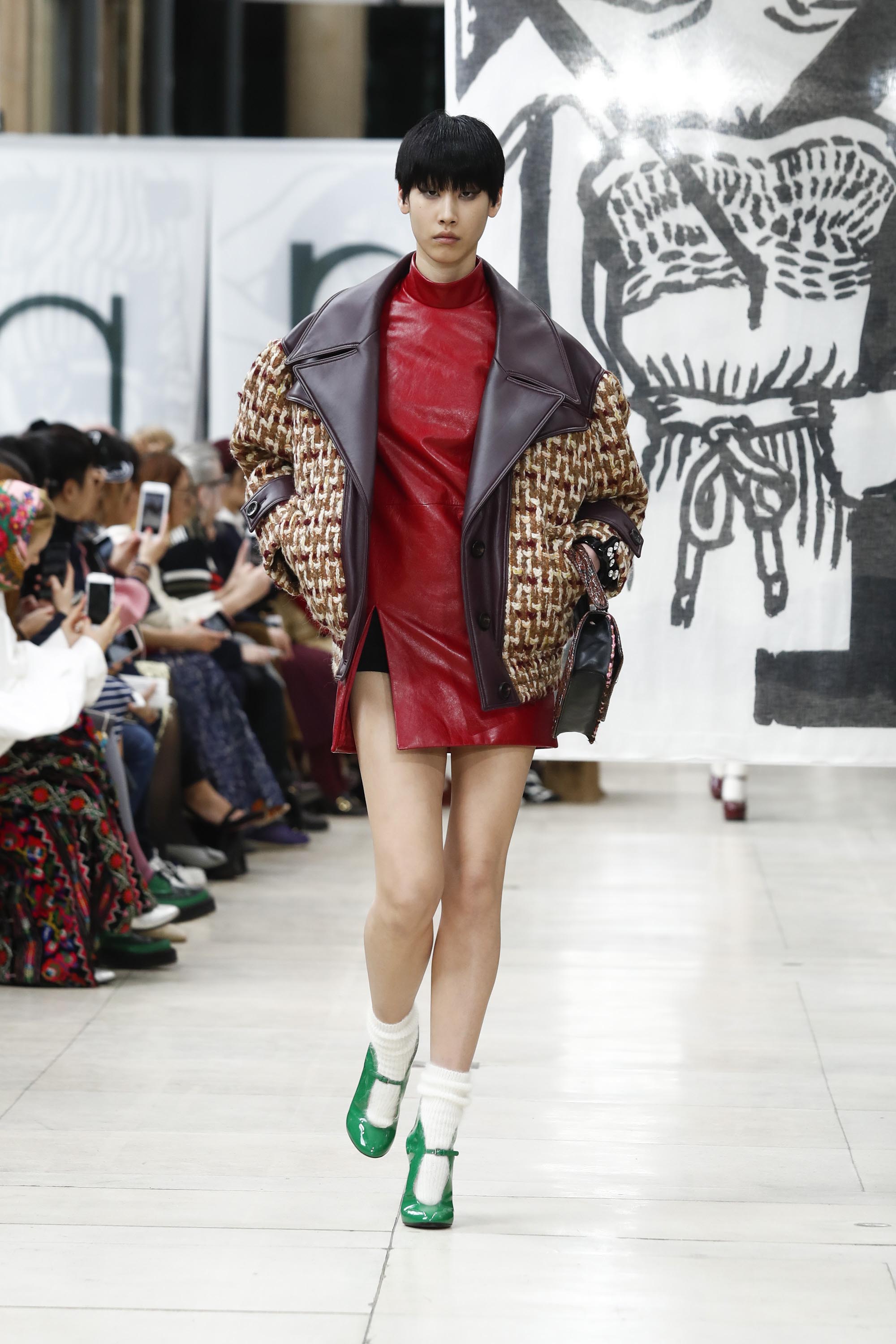 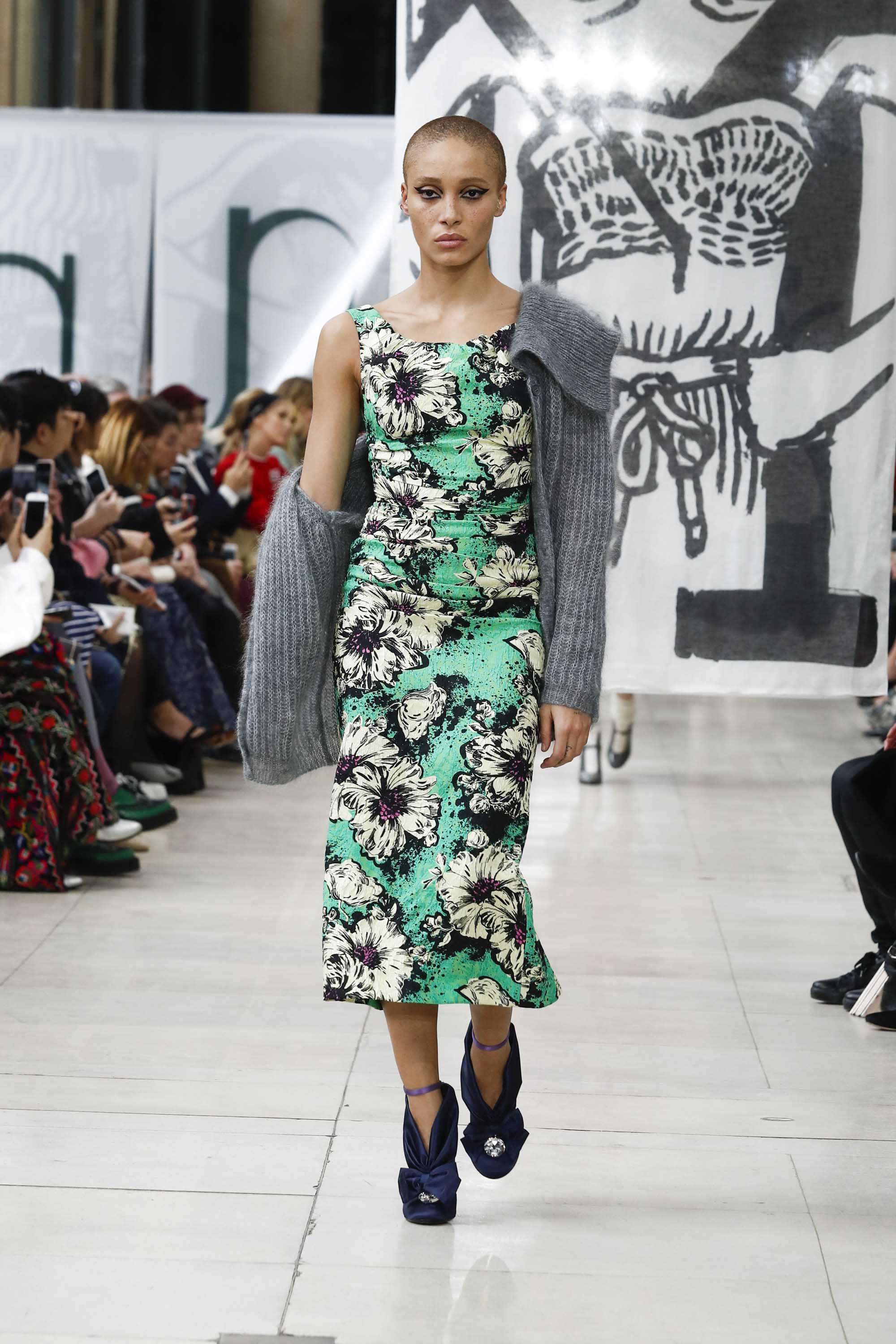 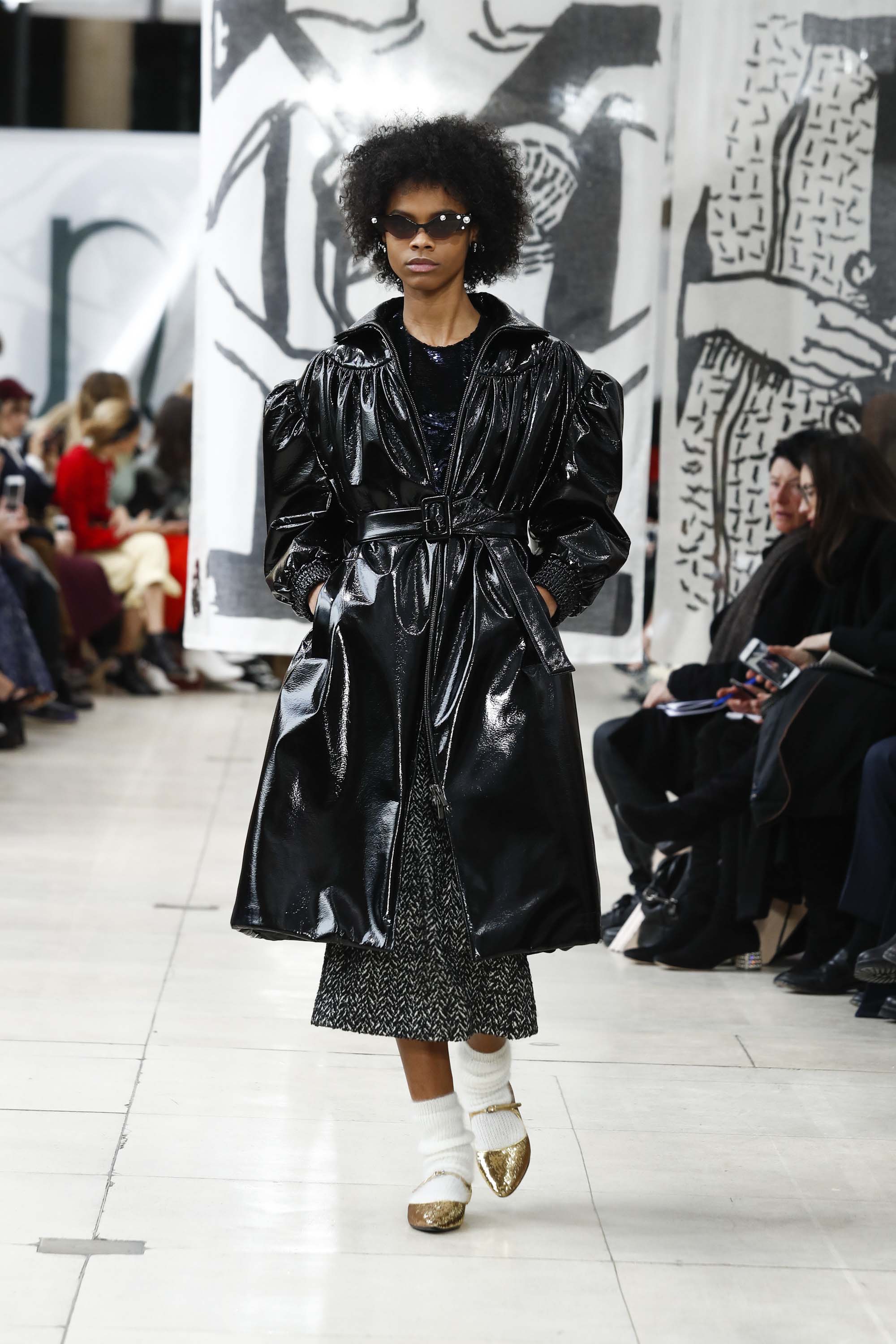 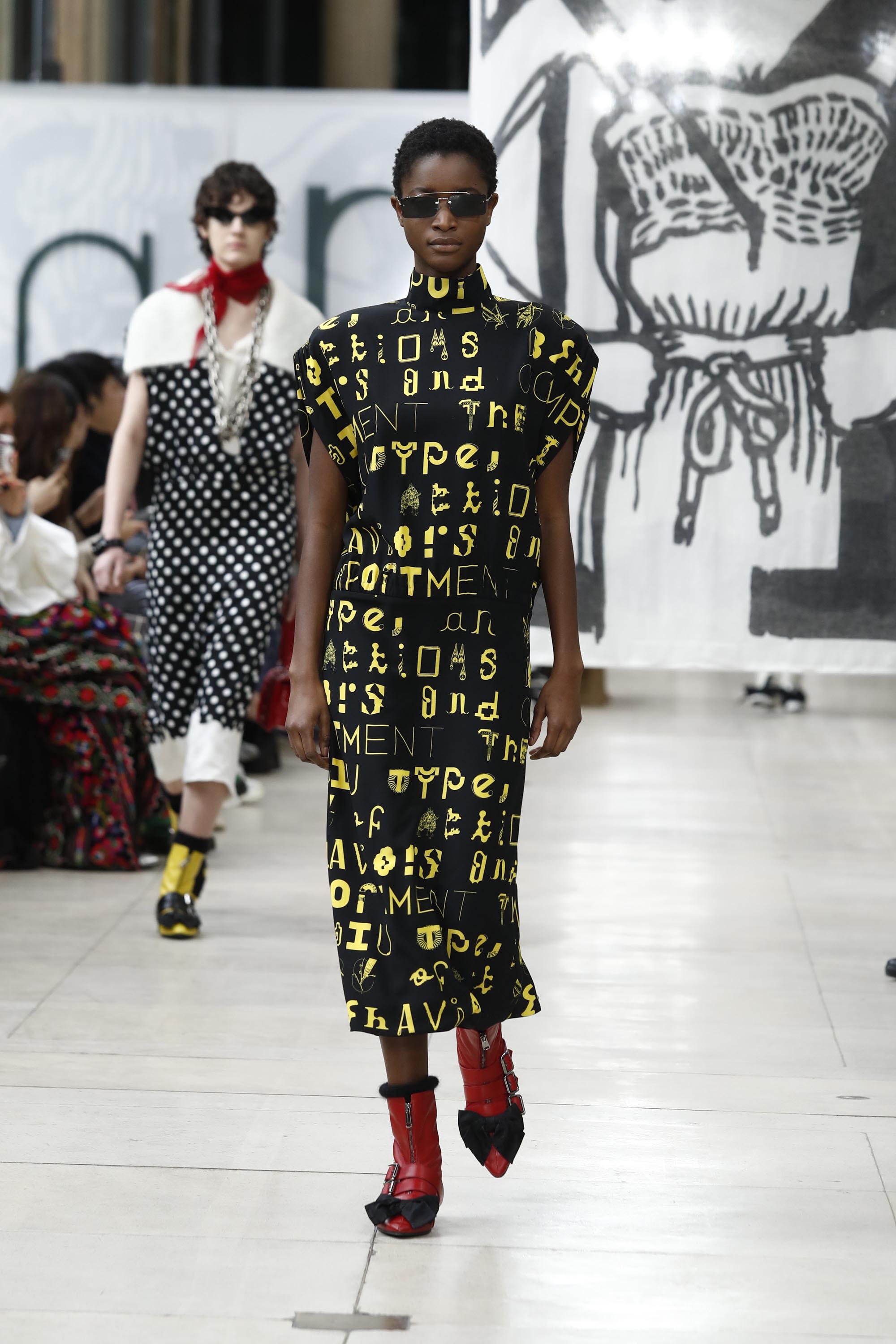 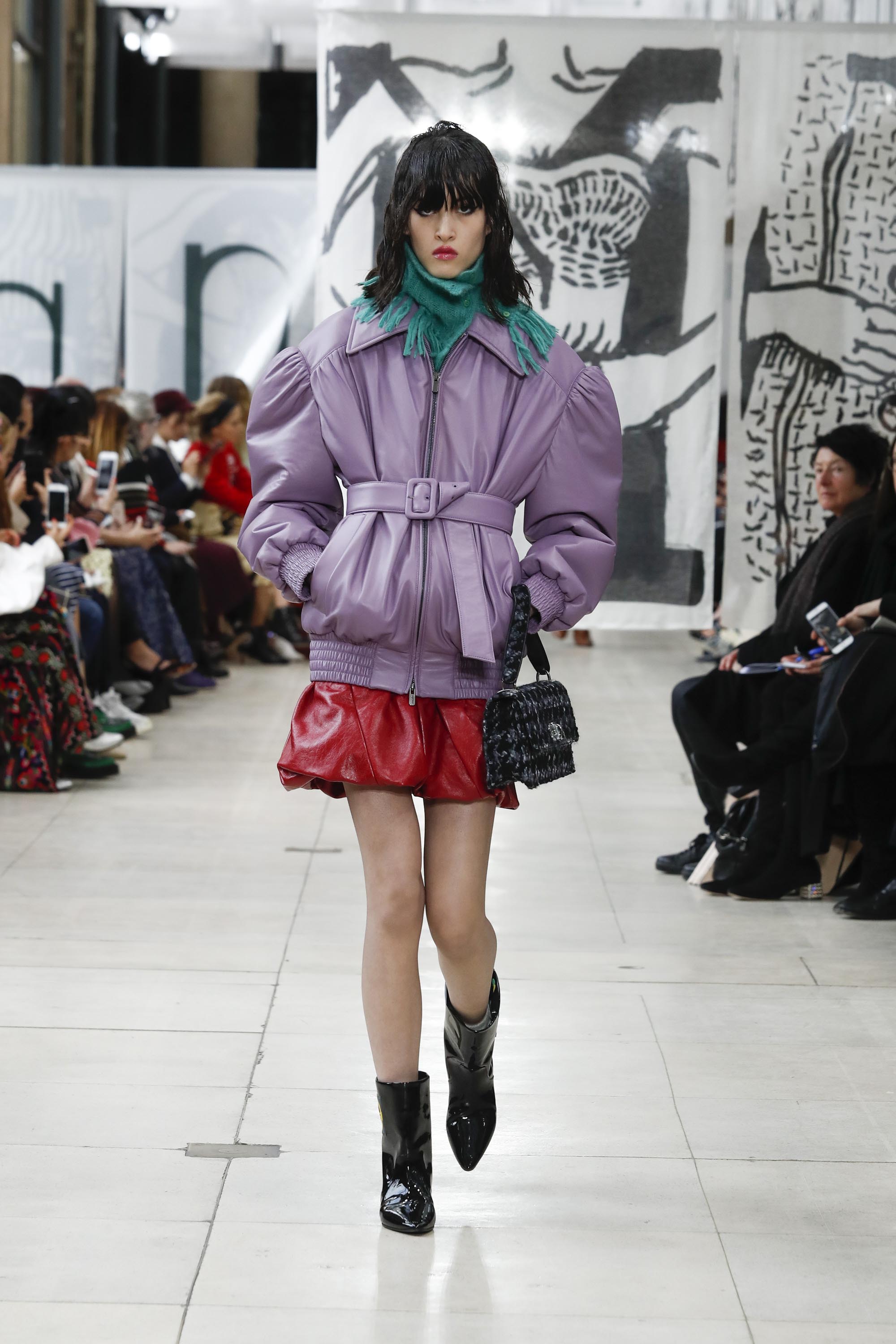 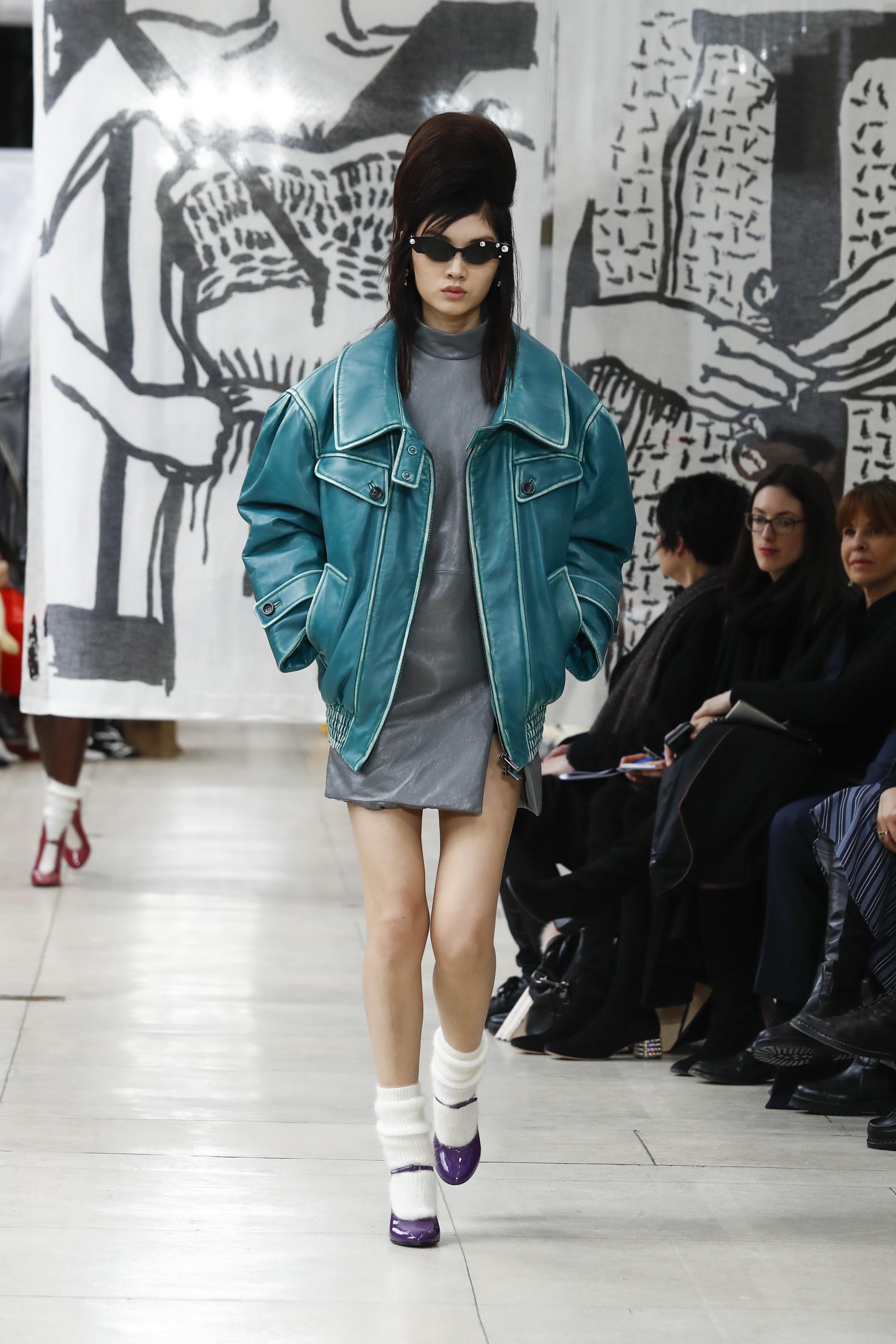 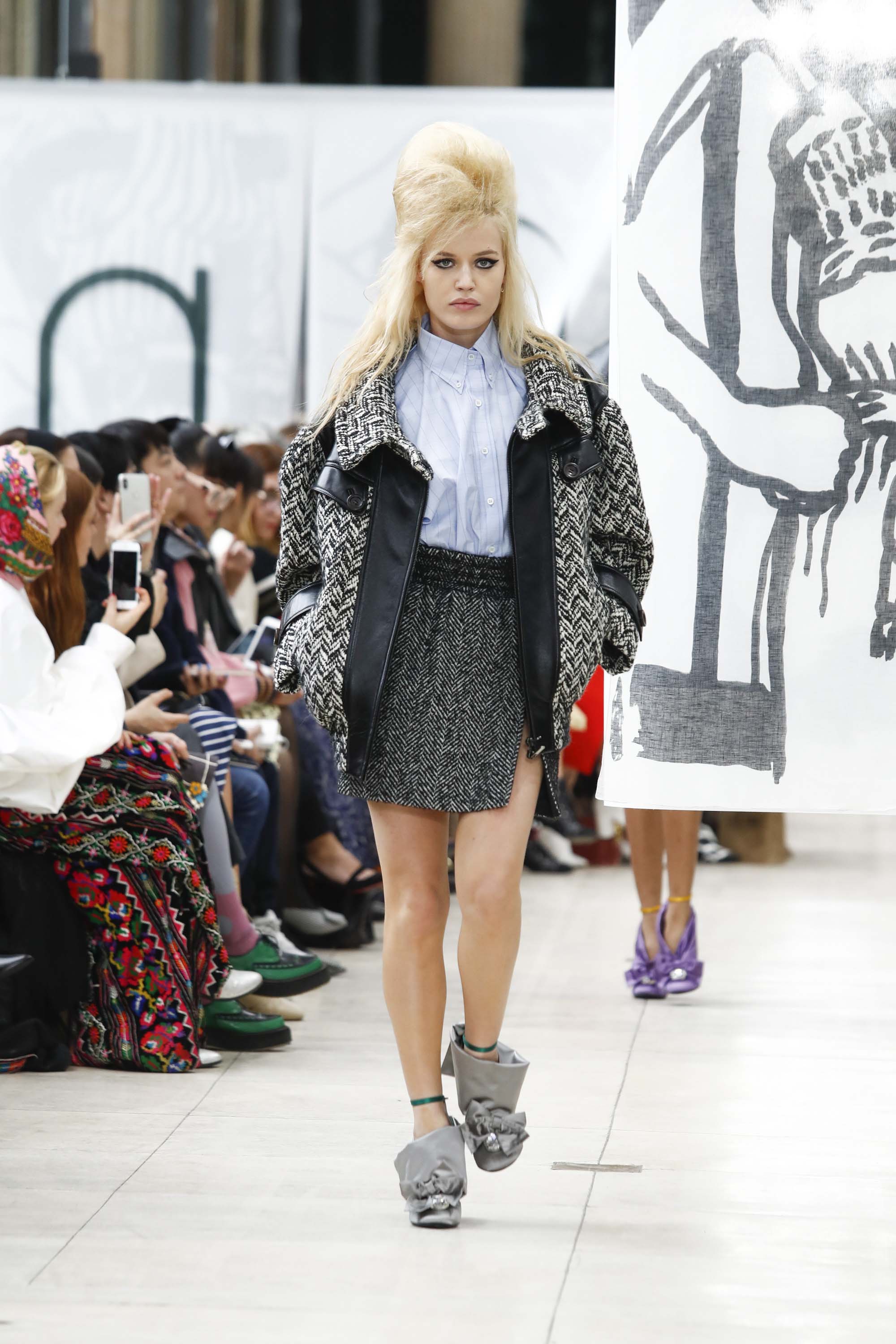 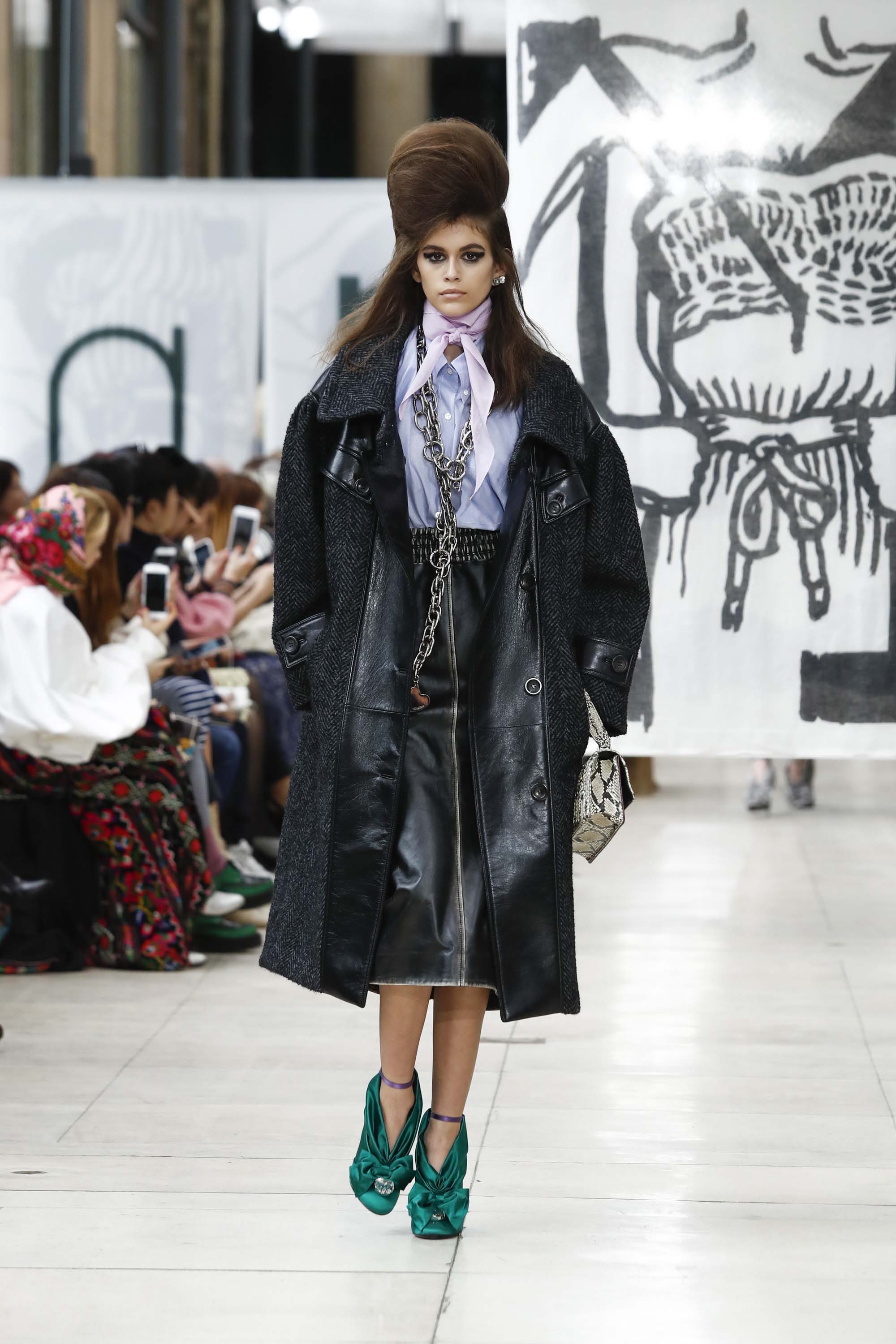