The journey from Paris to Blenheim Palace where the Cruise Collection will be shown in the presence of the fashion community is the point of departure for Lucie Meier and Serge Ruffieux, leading the Christian Dior creative team.

The inspiration was not only the post-war high society’s wardrobes, but also the restlessness and wanderlust that characterized the period: the urge to travel, to discover the new. English country life is expressed via the tradition of the hunt – its reflection in the decorative arts, rather than its reality. Shots of red are evocative of the hunting pink, rustic tweeds and crisp poplin of country attire, while nineteenth-century equestrian scenes are knitted into intricate pictorial jacquards or fused into English country florals. Those intermingle with rich devoré velvets and silks in Asian and African prints, patterns and embroideries, underscoring a mood of exploration, a curiosity about the world, and a fundamentally English eccentricity in dress – a story told through the cloth on your back.

These inspirations from across the Channel meet the silhouettes and decorative details drawn from Parisian haute couture. The curvilinear form of the Bar jacket is tailored close to the body, and abbreviated at the hip or echoed in grand gestures of cloth – a full sleeve, a gathered peplum or pocket on generous coats. Their volume is Dior, their referent is British, while their spirit is contemporary. The Bar is sometimes bisected, the basque wrapping the hips; other times the shape is transposed to draped tea dresses. Each detail is drawn from the oeuvre of Monsieur Dior, a reflection of the House’s storied past. Dior’s signature bow is pulled undone, passed through the décolleté or reverse like a foulard, to close and simultaneously embellish, adding a dynamic movement to strict shapes.

The conversation between France and England echoes a dialogue between the past and the present, creative exchanges between the two countries. In the eighteenth century, France adopted English fashions in a craze dubbed Anglomania; in the twentieth, the exchange reversed, and French fashions were exported for fevered consumption in Great Britain, none more so than Christian Dior’s New Look. Monsieur Dior frequently turned to the UK for inspiration: his own suits were tailored on Savile Row, and he used the masculinity of fabrics like English wools, Scottish tweeds and Prince of Wales check to underscore the femininity of his creations. Male meeting female, France joining England. Almost seventy years later, the house of Dior pays homage to that ongoing creative and cultural exchange, staging the runway show of the 2017 Cruise Collection in the heart of the English countryside. The setting is Blenheim Palace, a symbol of quintessential Englishness, in the style the French dubbed Baroque. The birthplace of Winston Churchill, the seat of the dukes of Marlborough, and twice the backdrop for Dior haute couture presentations, in 1954 and 1958, each to a royal audience, Blenheim is steeped in history.

Then as now, curiosity about the world leads you on a voyage of discovery, one that is symbolic of looking for the new. 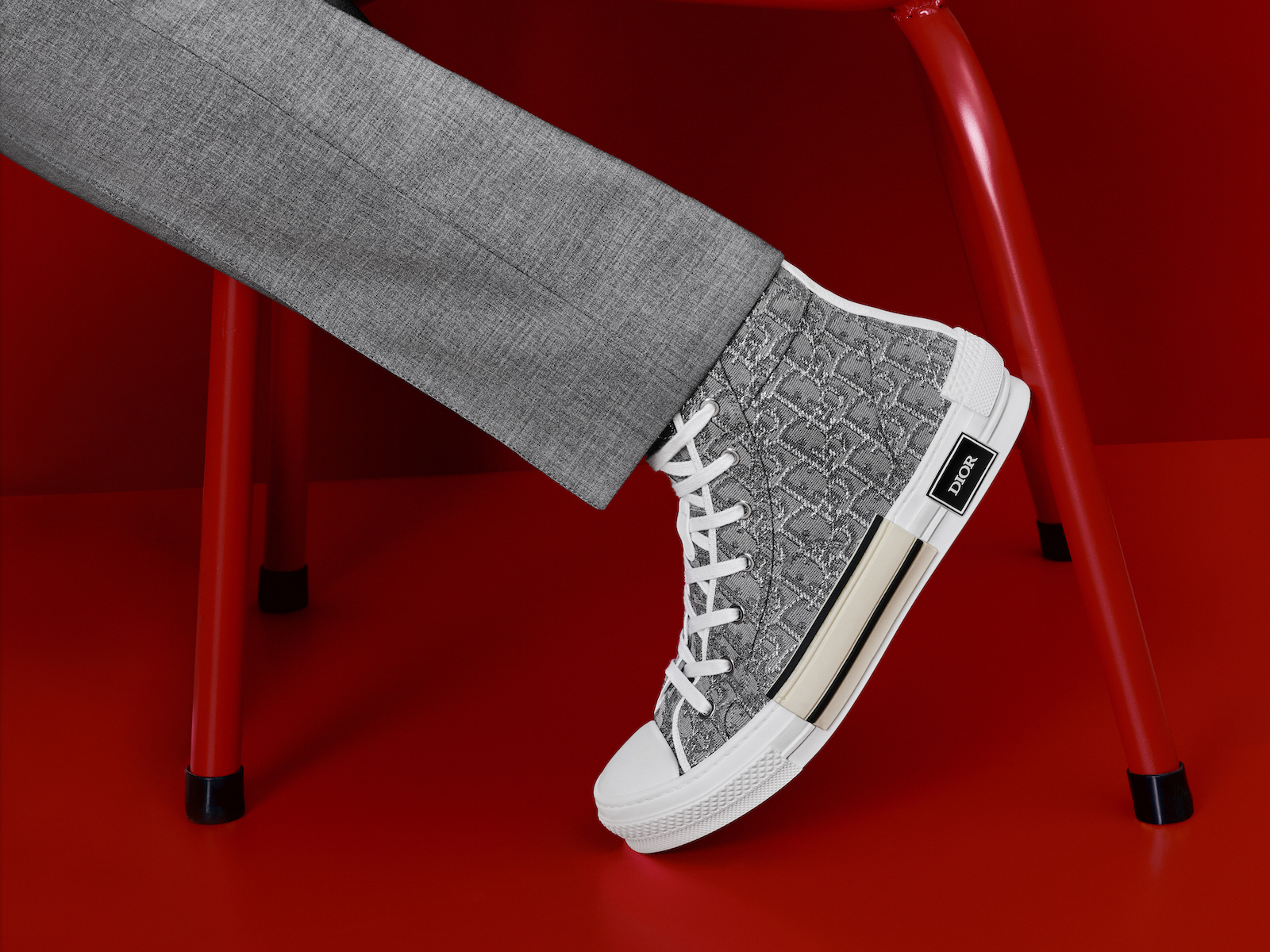 The Dior sneaker – B23 Oblique