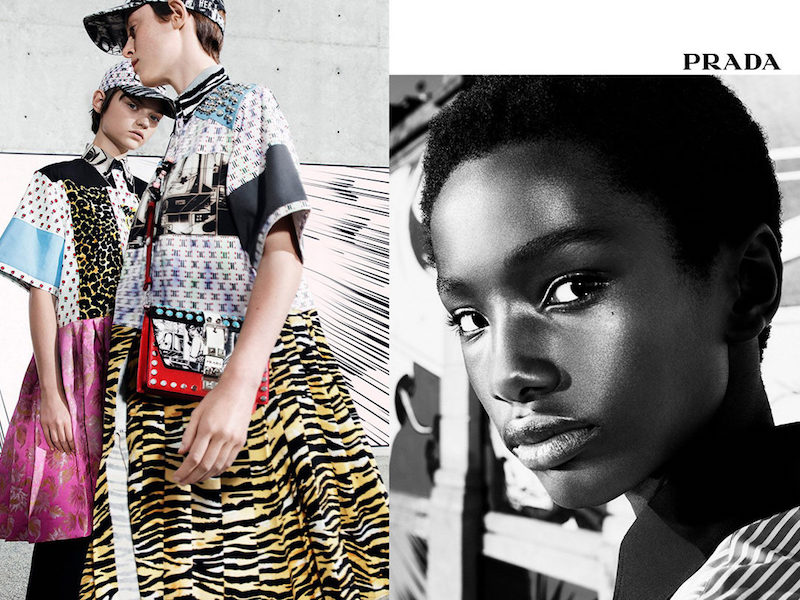 Framed by the work of female graphic artists such as Tarpé Mills, the new Prada Womenswear SS18 Campaign is a continuation of the Life Comix campaign previously featuring the Menswear collection.

Presenting a new idea of femininity and post-feminism the real-life graphic novel challenges the audience. Vigorous voices depicting our three-dimensional reality in a two-dimensional array in Prada’s new Spring Summer 2018 Campaign. Just like the first female action figure, created by Tarpe Mills, each one of the models creates their own story and dominate their own boundaries. The featured models have been turned into heroines by no other than Miuccia Prada. 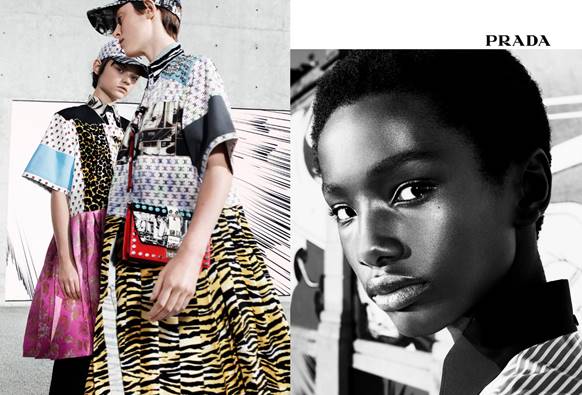 Previously appearing on clothing designs and backdrops the first female action figure, and other artworks, have come to life through a diverse group of models put into a vast context of their own truths.

Photographed by Willy Vanderperre in the downtown of Los Angeles capturing the concrete modernism and idyllic sunsets depict the different lives Prada assumed to represent.
Prada’s elegant avant-gardism does not only lead the aesthetics for this campaign but also introduces a new classic, durable and timeless fabric – black nylon. Used for accessories and clothing the toughness of the fabric is quintessential to female resilience. Provocative yet adaptable the black nylon challenges the subjective by introducing altered perspectives. Fragmentations of modernity reflecting a contemporary reality.