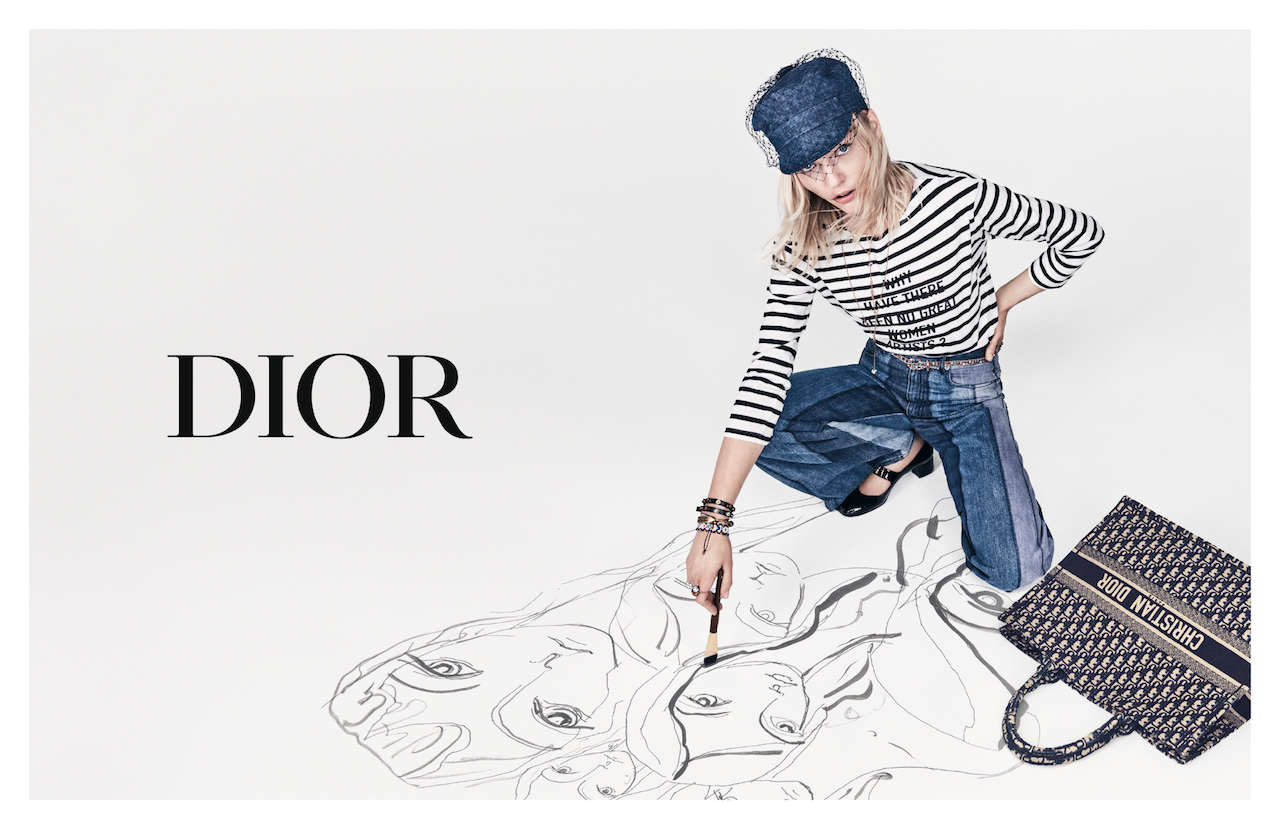 In the new campaign, photographed by Patrick Demarchelier, Maria Grazia Chiuri focused in on model and artist, Sasha Pivovarova.
After the artistically expressed spring/summer 2018 show back in October, Dior did not have a hard time showcasing their intricate Prêt-à-porter collection in a stunning way. From the costume jewelry, to the edgy details in the clothing, the collection portrayed with artwork and personality 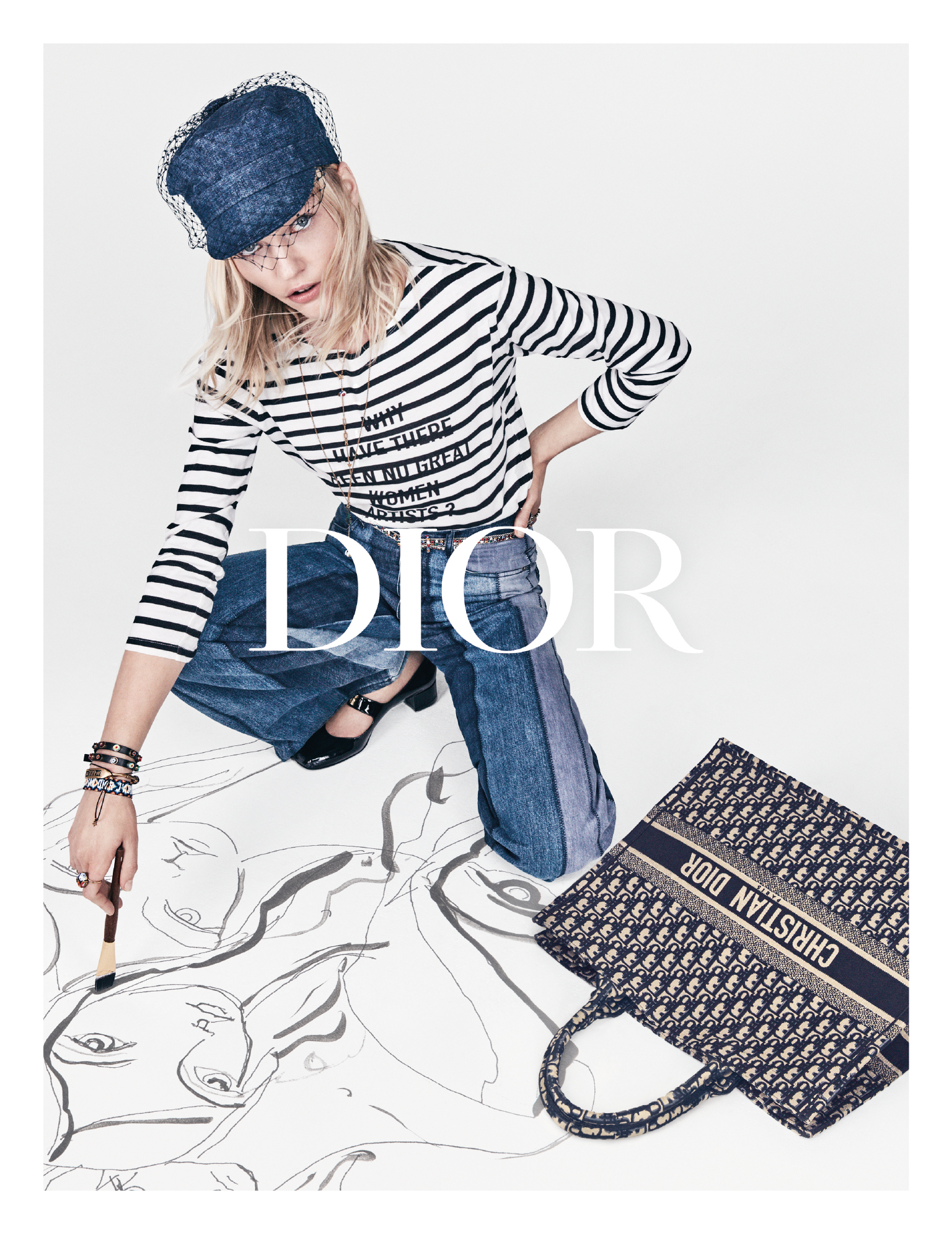 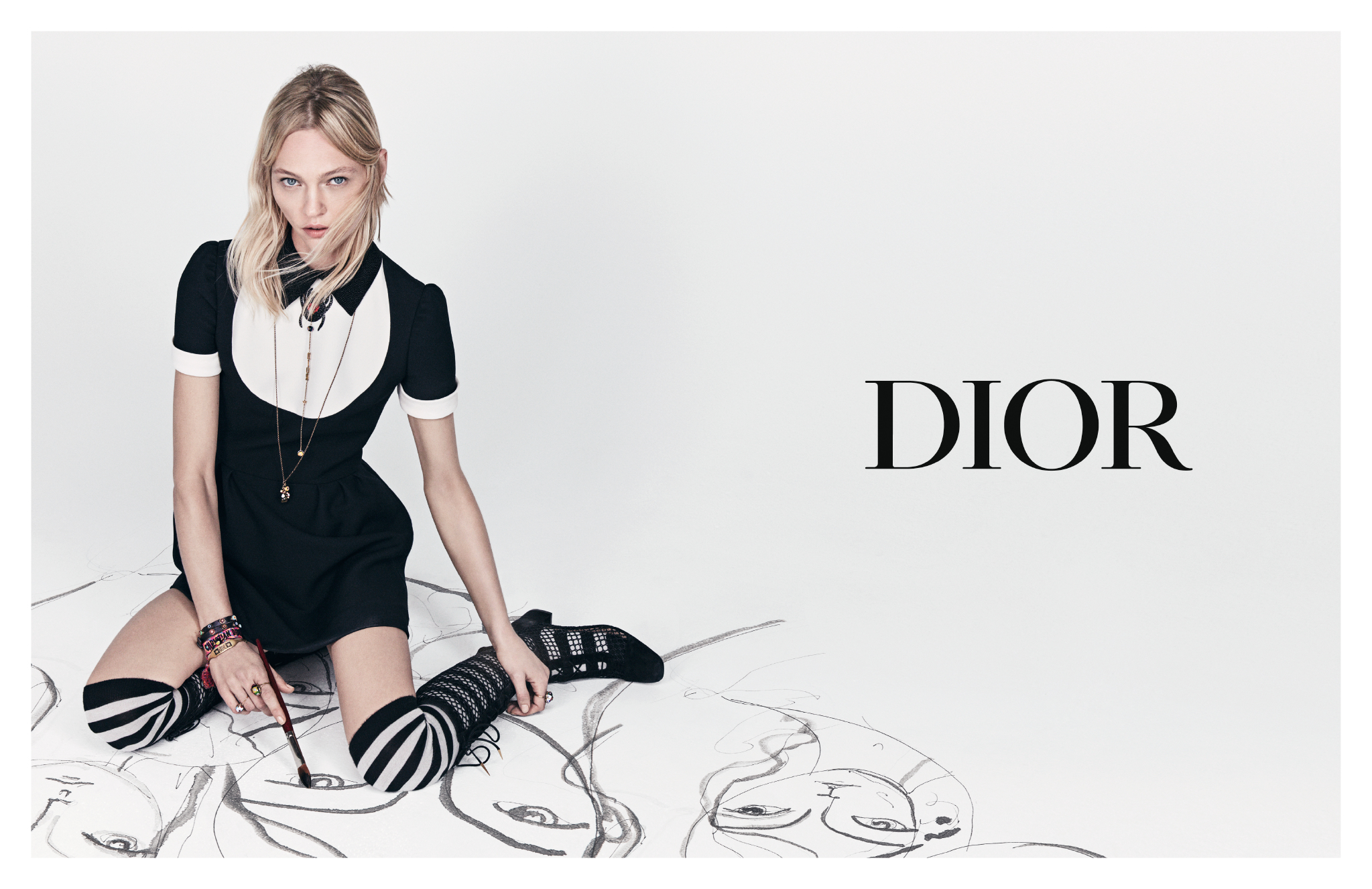 Heavily influenced by the artwork of a female artist, the Spring/Summer 18 show took not only a focus on influential women, but their talents. Now in their campaign, Dior has pictured the same theme. The artwork underneath Sasha Pivovarova is her own, and is portrayed to be relatable with a girl with dreamy-hypniotic eyes and a poor face. 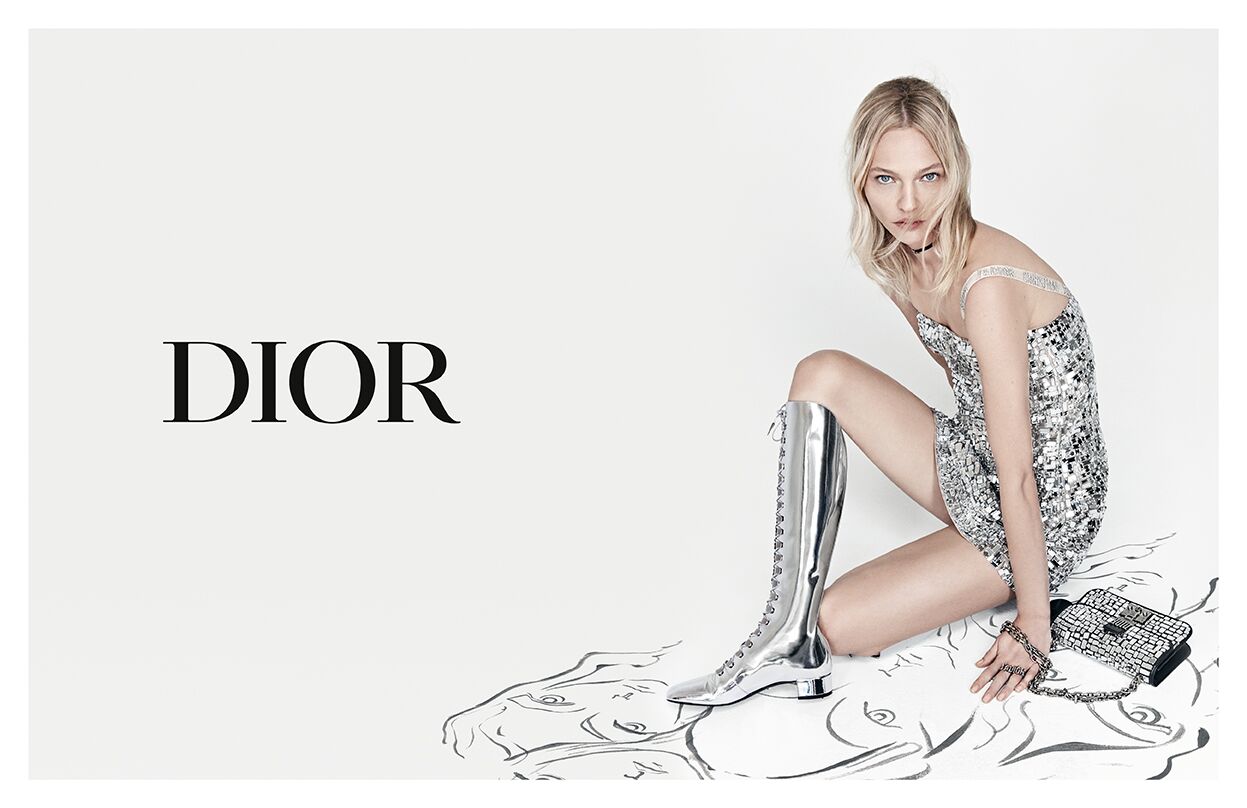 THE AESTHETICS OF THIS ADVERTISING CAMPAIGN ALSO INITIATE ANOTHER INSPIRATION OF THE COLLECTION: THE SIXTH YEAR TOGETHER WITH THIS ARTISTIC, FEMININE, AND SHAMLESS SPIRIT. 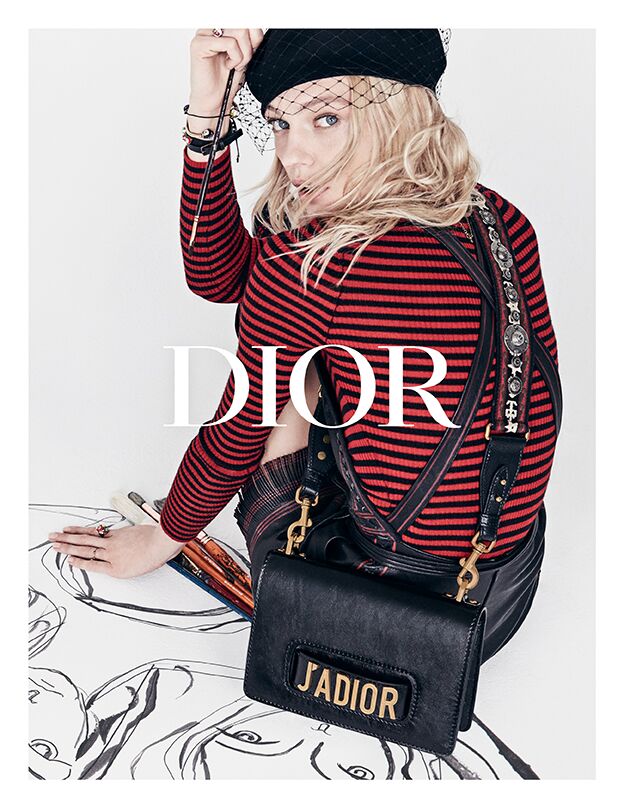