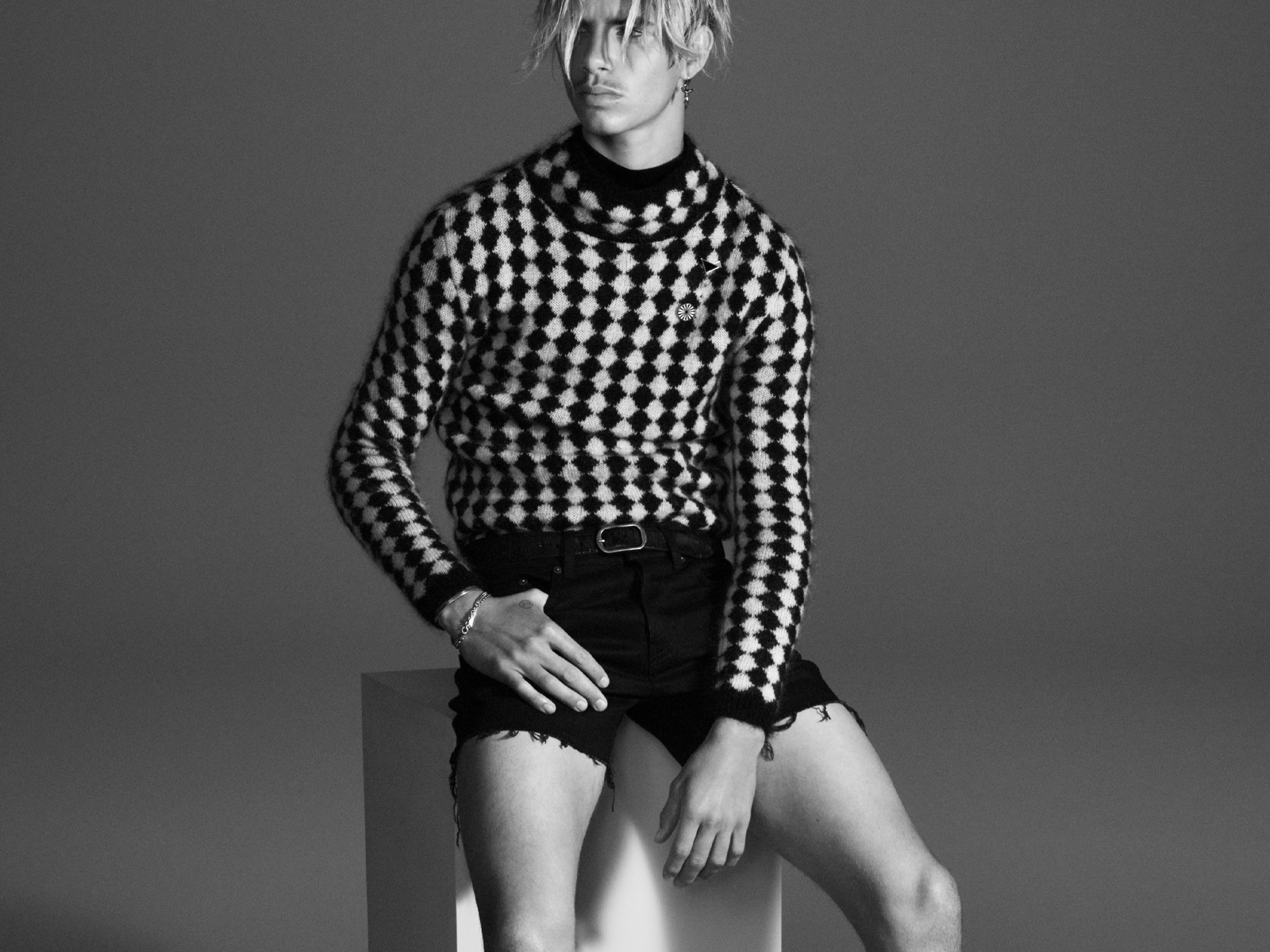 Anthony Vaccarello has recently released the Saint Laurent’s f/w 21, David Sims lensed lookbook, featuring 6 collection defining looks, as an interlude for the presentation which soon followed. Black and white, sleek imagery framing the looks, features Romeo Beckham, and actors Dylan Robert and Lakeith Stanfield as a trio of the protagonists, embodying the rockstar spirit of the collection. It is not surprising to see oscar nominee Lakeith Stanfield as one of the protagonists of the lookbook, after the amazing jumpsuit, he worn to the Academy Awards earlier this year, which was, undoubtedly one of the most exciting menswear moments of the night.

The outfits featured in this sneak peek of the collection are quintessential Anthony Vaccarello ware, black and white, monochromatic sleek, and modern. The rock and roll touch omnipresent in the designer’s work is palpable in this collection as well, and it breathes in life into the wearable separates. The designer looked to the 80s New wave and 90s grunge for a bit of inspiration, and by using these periods as a point of reference managed to round up the mini-presentation pretty nicely, providing us with an exciting taste of what’s to come.