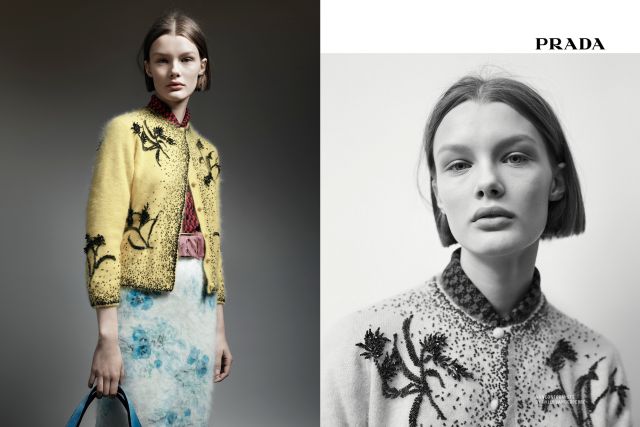 Freethinking, renegade, maverick. Unbeholden to traditional rules or boundaries.
Nonconformists.
Part of 365, Prada’s visual stream of advertising, the new Nonconformists campaign
encapsulates the themes and narrative of the Men’s and Women’s Fall/Winter 2017
show: Humanity, reality and simplicity.
Photographed by Willy Vanderperre in Milan on January 15th 2017, the same day as
Prada’s fashion show, the images are spontaneous and immediate, arresting in their
clarity and directness. These images are a moment captured in time – created, against
tradition, before the collections unveiling rather than afterwards, and hence charged
with a sense of the radical, the undiscovered.
These Prada campaign images present a new sense of intimacy, a conversation
between viewer and models. Each is a character in themselves, a persona, expressing
their own identity alongside that of the clothes. The images contrast subtle
monochrome portraits, emphasising the individuality of each model, with “portraits”
of key Prada looks. Juxtaposed, they emphasise the intimate, intrinsically personal
relationship between the wearer and their clothes.
Striving for a sense of normality, of the personal, these 365 images are direct, honest
and straightforward. Cleansed of backdrop or overriding theme or visual treatment,
the striking straight-up photographs pull the emphasis purely onto the sitters, and the
clothes on their backs.
Simplicity, here, is radical. Normal is Nonconformists. 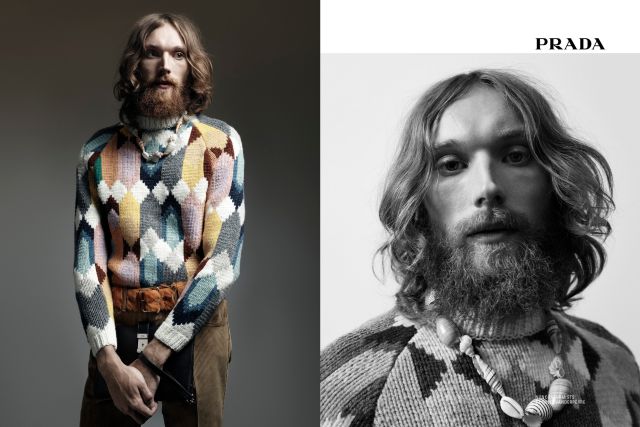 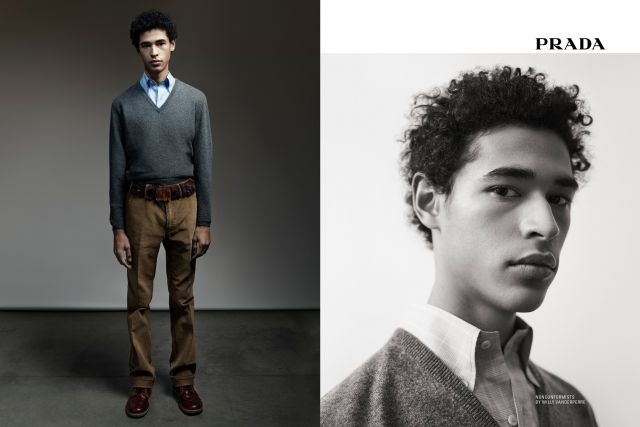