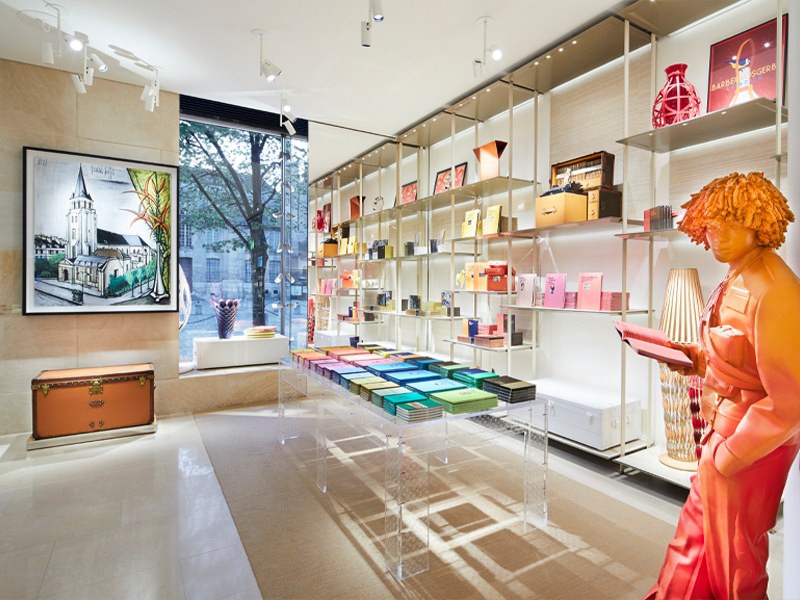 Many people, due to its overwhelming success in the sartorial field, oftentimes mistakenly associate the crown jewel of the LVMH conglomerate, Louis Vuitton, solely with their contribution to the fashion industry. The iconic Parisian house has decided to transform its Saint-Germain-des-Prés store into a temporary pop-up book store, where a wide selection of books will be available both hailing from the brand’s publishing house and outside. The brand has been active in world publishing for 20 years already, dabbling in titles of various nature.

One might find, among the store’s diverse catalog, editions from the brand’s acclaimed travel-oriented collections: City guides (travel guides), travel books (sketchbooks), and Fashion eye (photo albums), which have become collector items in their own right ever since their initial release. The limited number of books published by Editions Louis Vuitton, dedicated to maison’s sartorial and creative endeavors, can also be found in the newly opened bookstore, accompanied by artist’s signatures. What some might consider a novel exploration for the brand, has just been a continuation of the house’s storied heritage and dedication to the promotion of culture in all of its aspects, and the integral role that literature plays within it. This has also been a prominent fascination of Gaston-Louis Vuitton, the grandson of the house’s founder, an avid bibliophile, who has during his lifetime, cultivated a strong relationship with the publishing and literary world, oftentimes supporting on numerous occasions