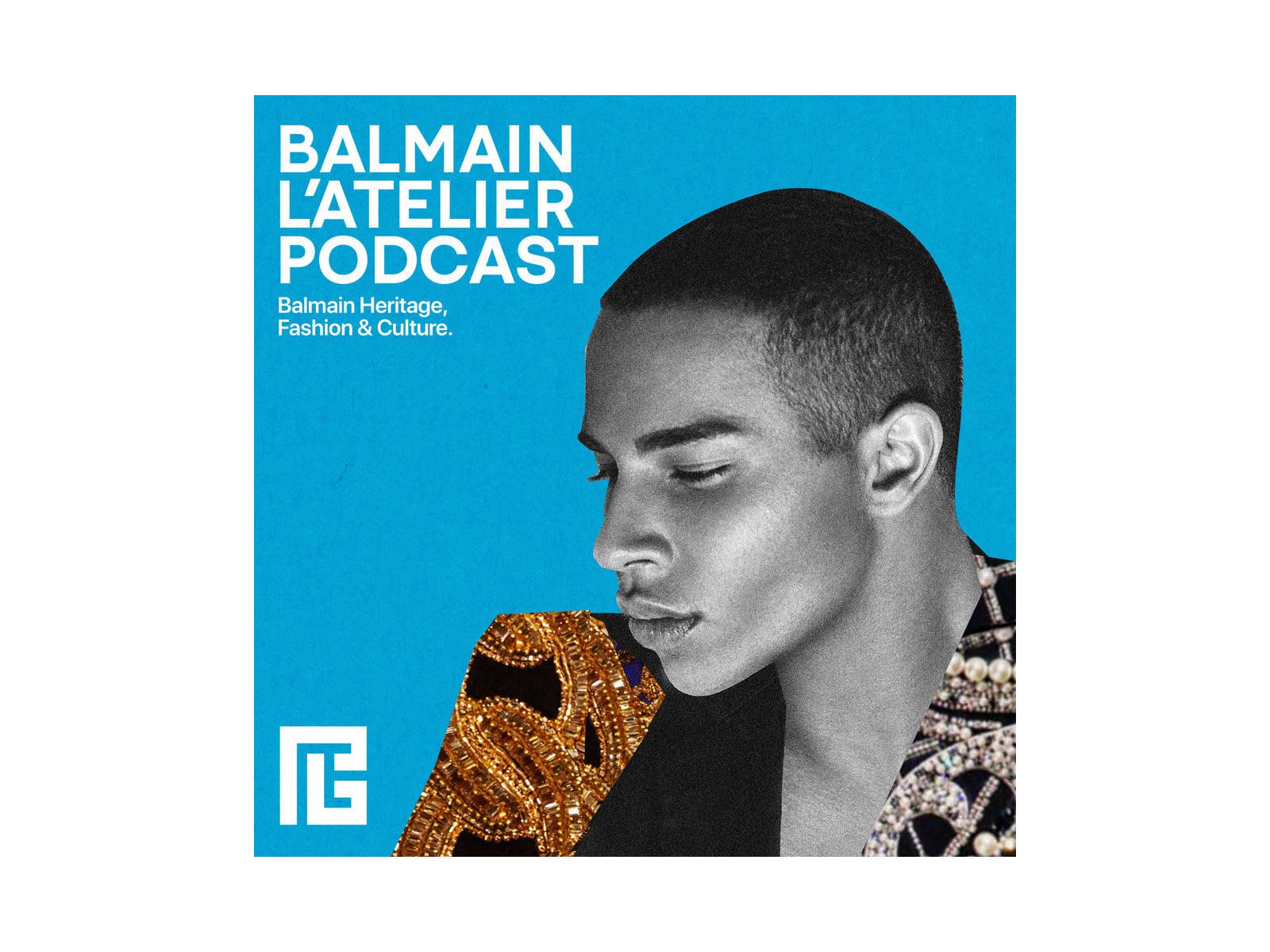 Balmain has proudly announced the launch of the first season of its podcast – L’Atelier Balmain. In this 10-part series, each episode concentrates on one key aspect of the brand’s remarkable history and celebrated signatures. To research for the podcast, the creative director Oliver Rousteing collaborated with leading writers and historians in the fashion industry, investigated and discussed the key themes of the design. On the other hand, travelling plays a key role as well in the podcast, from Saint-Jean-de-Maurienne to 44, rue de François Premier. According to this, the essential moments of the extremely historical brand are presented to the public.

So far, the first three episodes of the podcast are released, each with a highlight of Balmain’s development. Generally, the first episode emphasizes the mix of sheer will and hard work of both Pierre and Oliver Balmain; the second one highlights the importance of heritage for the house, and the third one concentrates on the risks and struggles and bold moves for Balmain’s newly established house.

In the near future, Balmain will produce more episodes for the first season, and the spotlight will be focused on muses, monarchs and models related to the house, as well as the inner workings with Pierre Balmain and Oliver Rousteing. Through this, people will be able to understand how the brand stands the same but also different between the two designers. The L’Atelier Balmain podcast is now available on Apple Podcasts, Spotify Podcasts, YouTube and at its official website.

Here is the link to episode 1: