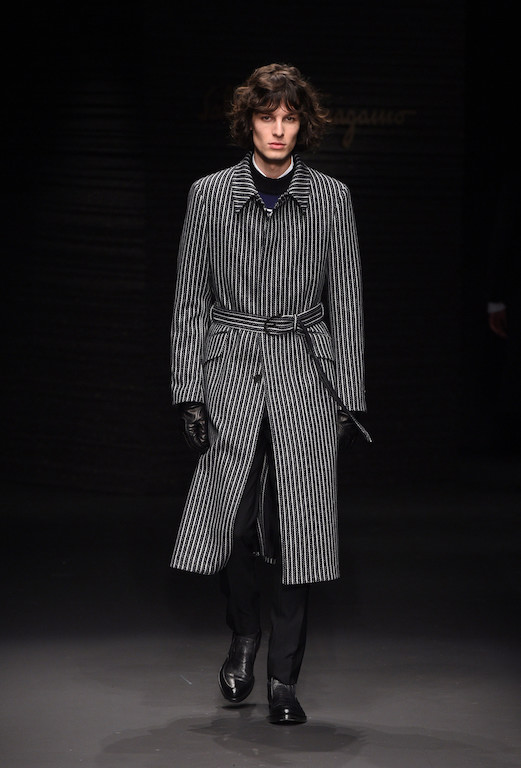 Salvatore Ferragamo, the Italian luxury fashion House, celebrates a new chapter in its history with the launch of the Fall/Winter 2017-18 Men’s Ready-to-Wear collection – the first created by Guillaume Meilland as the category’s recently appointed Design Director.

This season sees the Ferragamo masculine dressing codes journeyed across the planet, immers-ing them in a global melting pot of garments, fabrics, techniques and experiences, before bringing them back to Italy. Back to the finest tailoring traditions, back to unparalleled crafts-manship, back to Ferragamo. In doing so, Meilland has subtly reconsidered the House’s mens-wear silhouette, palette, construction and purpose; creating a new sartorial language and approach that constantly challenges the status quo in favor of a refined, urbane modernity.

The collection is driven by binary dialogues: two principal silhouettes (one elongated and tailored; the other more voluminous and relaxed); the merging of cross-generational design thinking (time-honored Italian artisan meets state-of-the-art research laboratory); outerwear icons such as naval peacoats and flight jackets are reconstructed in unexpected fabric pairings; and a soft palette is juxtaposed with tiny flashes of explosive colour.

Cashmere knitwear abounds, bringing bulk and texture when paired with tailored English gabardine, and verve and vibrancy when adorned with bursts of bold patterning. Trompe l’oeil, too, features heavily throughout the collection, where masterful superlight construction has the allure of heavy wool; a calfskin-and-corduroy-bonded raincoat appears to be in rubber; and classic black hues are, on closer inspection, eggplant.

Footwear is proposed in two distinct designs: one a reimagined round-toed American workboot whose creeper-like stacked sole is given further volume when covered with rubber studs; the other is more traditionally Italian: finer in form, with exquisite handwork. Bags feature in statement proportions and adopt the garments’ use of dual fabrics: an oversize holdall in leather, lined with fur; an enlarged leather hip-pack worn over the shoulder, like a rucksack.

A century ago, founder Salvatore Ferragamo took the craftsmanship of Italy, introduced it to America’s burgeoning Hollywood culture, and then saw Hollywood feed it back to the world. With his debut collection, Guillaume Meilland updates this notion of new ideas born out of a global journey. Echoing Salvatore’s fearless values and pioneering spirit, Meilland has propelled Ferragamo’s masculine codes into a new era, in line with the multiplicity and worldly perspective of the modern man. 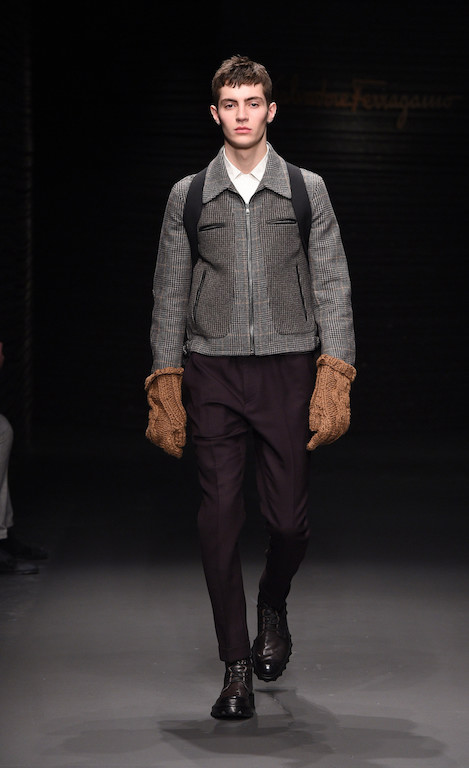 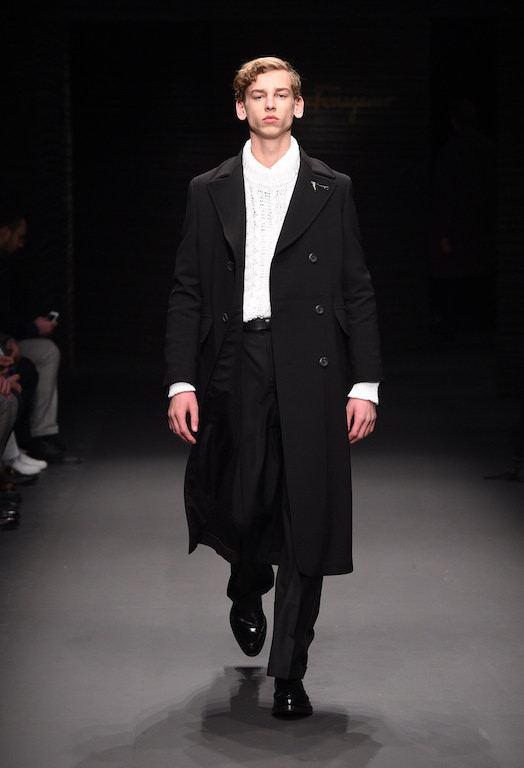 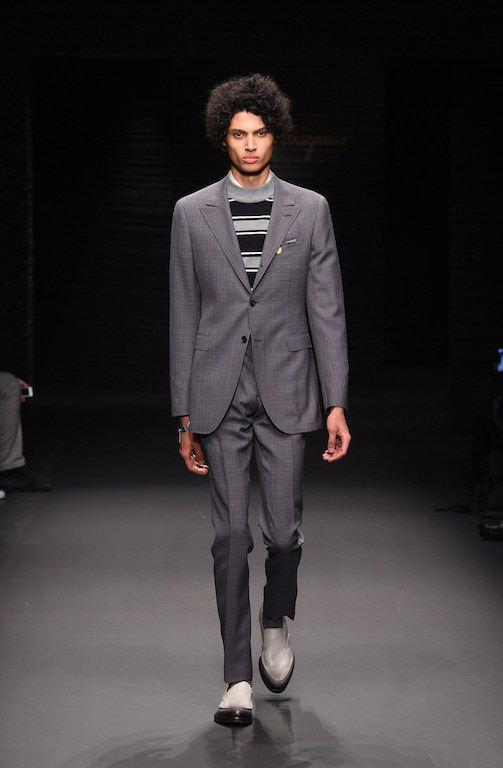