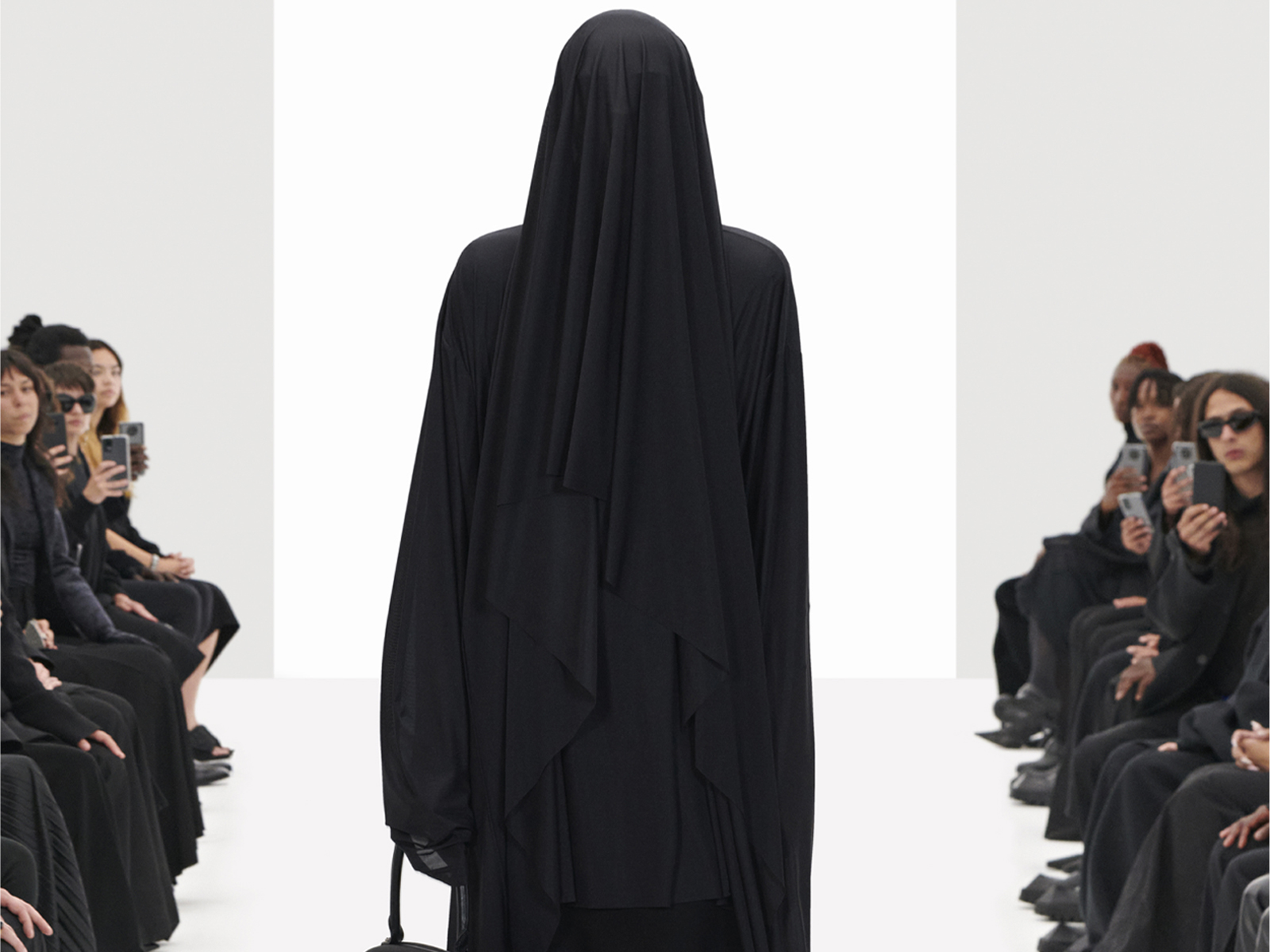 What is the boundary between real and fake, imaginary and tangible? Are we able to differentiate between these concepts, and if we are, how do we do it? In times when technological advancements allow us to morph and reshape ourselves digitally, both physically and ideologically, Demna Gvasalia sought to deepen these conundrums with his Balenciaga S/S 22 show that never was. The “never was” part refers to the runway presentation, with the digitally inserted audience, simulated in such a way that the face of Eliza Douglas, the house’s resident muse, has been digitally grafted onto the bodies of runway models to create what Demna called deepfakes. One thing was for certain though, the clothes were very very real.

The hacker project, initiated during Gucci’s F/W 21 runway show, made its reappearance, and now we got to hear Demna’s side of the story. The designer reworked Gucci’s signature double G diamond monogram, to consist solely of double Bs instead, and covered a significant part of this season’s leather goods offering with it. The reintroduction of Crocs, reformed into pumps, boots, and platform pool slides this season, signaled the presence of another reoccurring collaboration and added another layer to the discussion about authenticity and realness. The rest of the collection read like a reminder of what the designer’s 6-year long tenure has brought us. Many of the hallmarks have been revisited: boxy, oversized tailoring, mega pleated knee-length dresses, deconstructed tracksuits, and oh so roomy parkas. However the most exciting outing of the collection was the closing outfit, Divine inspired red ballgown, which left many wondering if this was the sneak peek of what is to be expected at the house’s Haute couture debut in July.