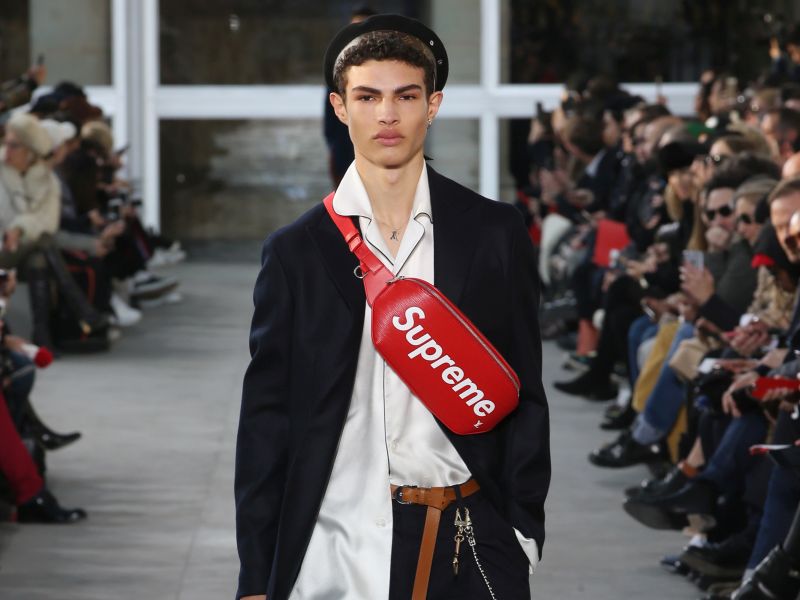 The dynamic New York culture of the recent past – seventies, eighties, early nineties –
is the point of excursion for the Autumn-Winter 2017 Louis Vuitton men’s collection.
“It’s uptown and downtown,” says Kim Jones, Louis Vuitton Men’s Artistic Director.
“Artists and musicians, friends and heroes.”
The collection is an ode to the multitude of styles that co-exist and co-mingle in
New York City. At its heart is the notion of collaboration – the fusing of two separate
parts, a creative journey towards a new whole. Inspiration comes from all walks of
New York City life, spanning three decades and a multifaceted view of masculinity.
Think of New York in this period, and a collective of quintessentially Manhattan
artists come to mind: Jean-Michel Basquiat, Julian Schnabel, Keith Haring, Robert Mapplethorpe and Andy Warhol. This is a group whose creative strength and signatures allowed them the freedom to collaborate with one another to create new works, most famously Basquiat and Warhol. Both their creative approaches and their own wardrobes are references here, combined with the logo-heavy, denim- dominated Harlem style of Daniel “Dapper Dan” Day, Hip Hop’s outfitter of choice, and the louche seventies decadence of the denizens of Studio 54. These are visual touchstones for a New York state of dress.
What emerges is a new attitude and a silhouette of relaxed elegance: wide pants, an eased fit, a sense of the undone. Smart, but street-smart. Polished tailoring combines with workwear, the fabrics of Vuitton’s heritage of French luxury – silk, cashmere, vicuña, alligator – cut into genuine utilitarian shapes. The attire of Basquiat in particular is a reference, tailoring loose coats, raw-cut in cashmere flecked with threads to imitate paint splatters or woven with hairline strips of Vuitton leather, teamed with fils coupé pyjamas. More pyjama styles are printed with collages of Louis Vuitton advertising imagery of the 30’s, an echo of the seventies obsession with deco revivalism. Palladium jewellery evokes the glittering hedonism of ’54’s dance floor.
The mood of collaboration inspires a bold new journey for Louis Vuitton. “No New York City men’s conversation is complete without Supreme,” asserts Kim Jones.
Established on Lafayette Street in 1994 – 140 years exactly after Louis Vuitton founded
his Malletier in Paris – Supreme has become a New York City staple. It epitomises the cross-cultural mood of both the city, and this collection. For Autumn-Winter 2017, Supreme and Louis Vuitton collaborate for the first time, creating a capsule collection of clothing, accessories and jewellery, showcased alongside Vuitton’s own. A new Monogram variation is here interrupted with Supreme’s iconic Box Logo. It is showcased in a range of garments, woven in classic pale washed Japanese denim and camouflage jacquard, fils coupé on pyjamas as well as in a cognac and chocolate colour way referring to the original 1896 Monogram canvas. More than a collaboration between two labels, this represents the excellence a New York street style and the Louis Vuitton’s French savoir-faire.
Inspired by this fusion of two iconic brands, Louis Vuitton collaborates again within the collection – this time, with itself. The different families of expertise within Louis Vuitton collaborate with one another. Combining textile and leather, leathergoods showcase classic techniques fused with Louis Vuitton’s Monogram canvas and Cuir Taurillon leather, using an intricate print and stitch decorative technique. A series of accessories and bags boldly contrasts different shades of Epi leather and Monogram canvas, literally demonstrating the collection’s mashing and meshing of different styles and approaches. Sneakers reference eighties with toe caps and nineties techno-trainers, but are preciously patched with Louis Vuitton Epi leathers and alligator, featuring embossed Monogram flowers, as well as a V-chevron toe cap.
A conversation – a collaboration – between the present and the past is always evident in Louis Vuitton’s accessories. For this season, archive styles and techniques are revived, mixed with modern shapes and approaches, to create a silhouette for the here-and-now. The accessories from the Supreme collaboration showcase the jacquard camouflage toile combined with Louis Vuitton’s iconic natural cowhide leather; others feature Epi red and black, embossed with Supreme logotypes, like adhesive stickers. The shapes seem contemporary but are for most of them part of Louis Vuitton’s 163 year heritage, pulled from the House’ s archives.
The Louis Vuitton Autumn-Winter 2017 men’s collection is a comprehensive, exhaustive voyage, through every stylistic facet that comprises New York – then, now and always. An ode to the city’s friends and heroes
Here are our favorite looks: 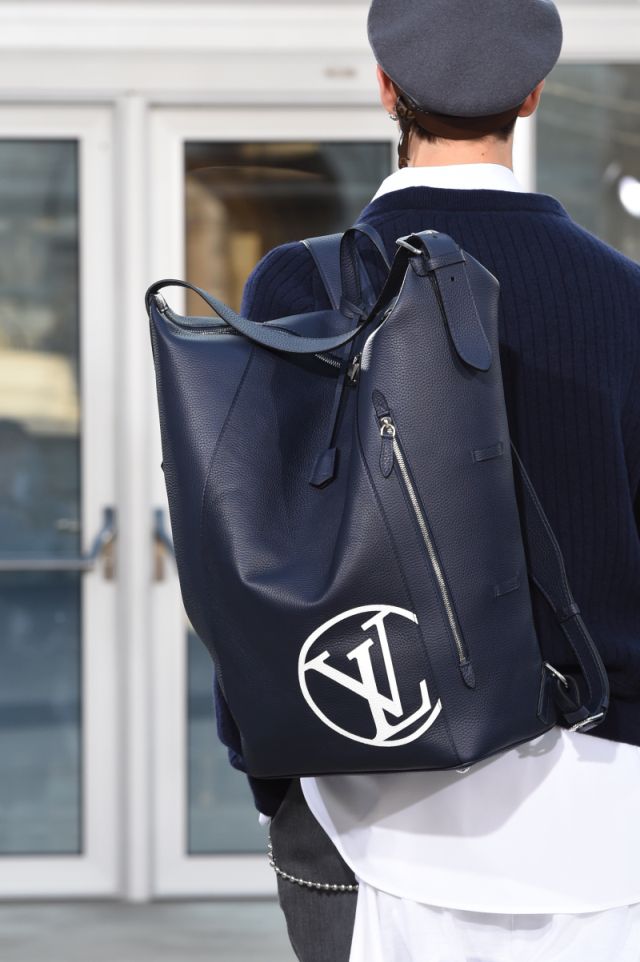 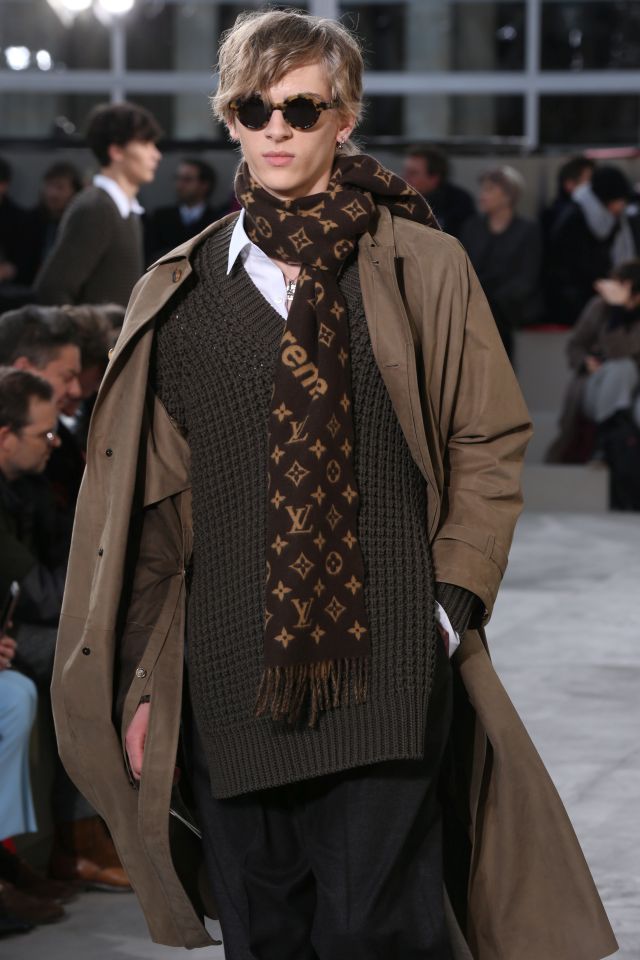 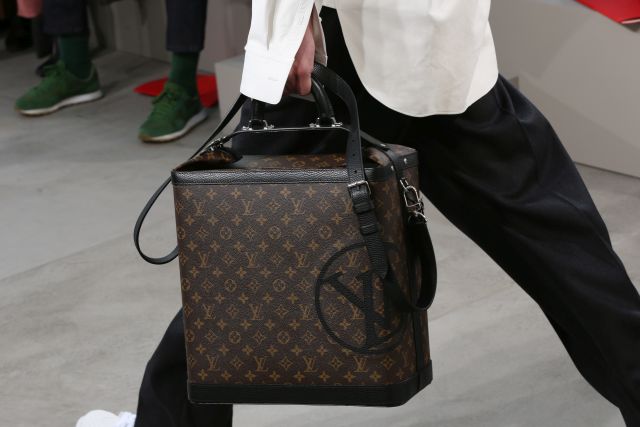 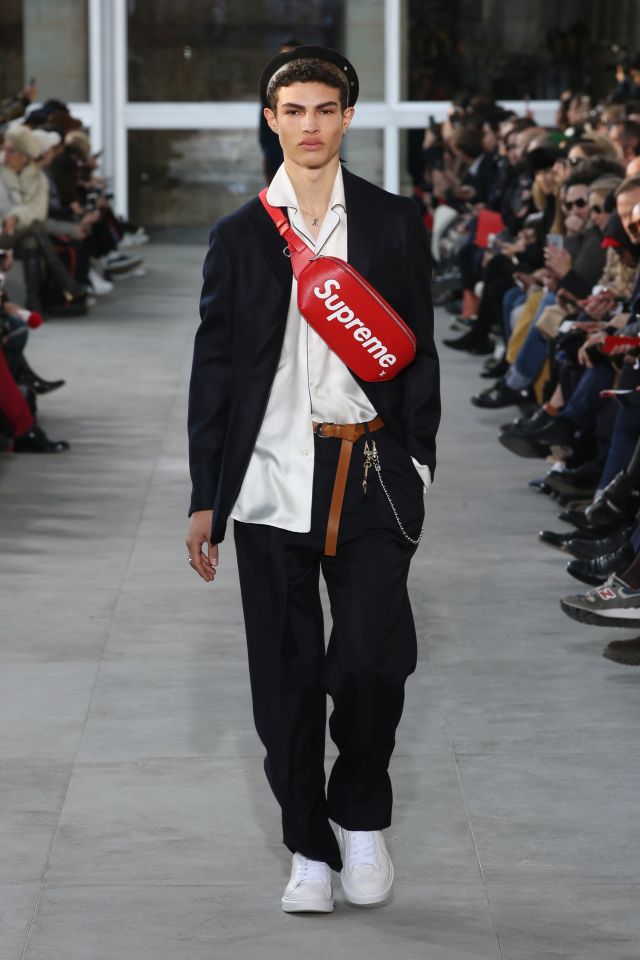 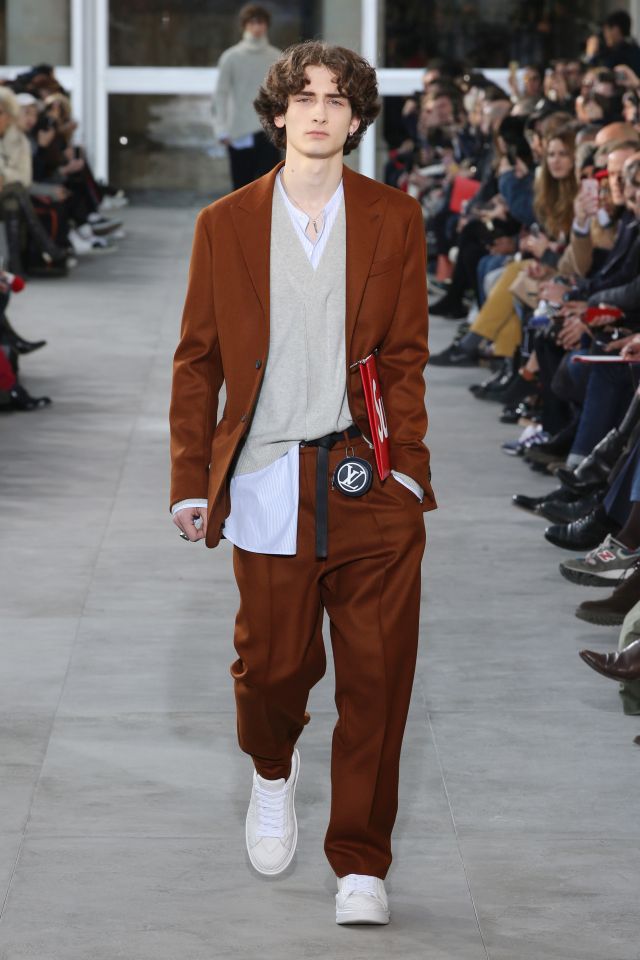 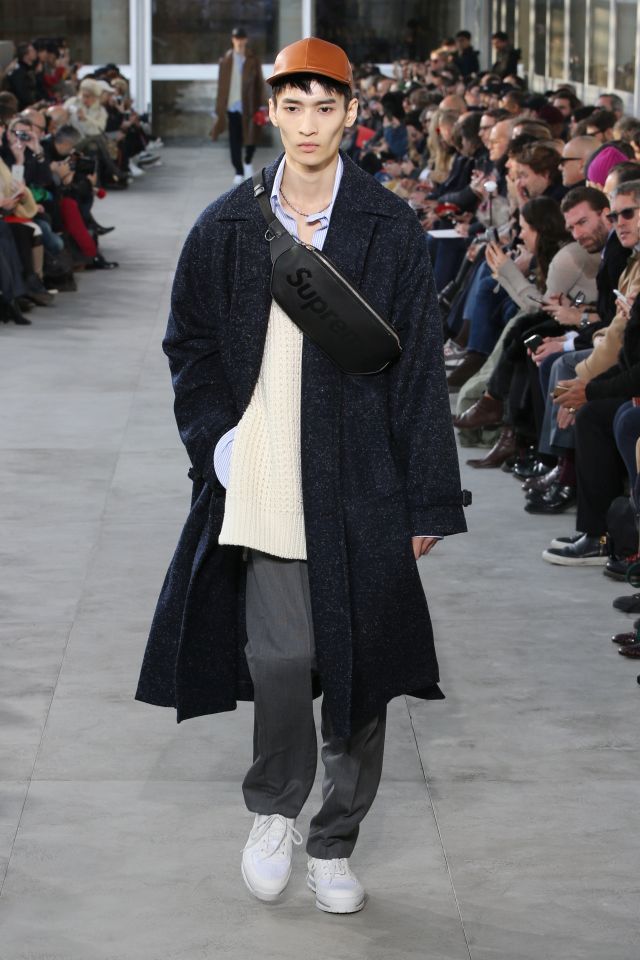 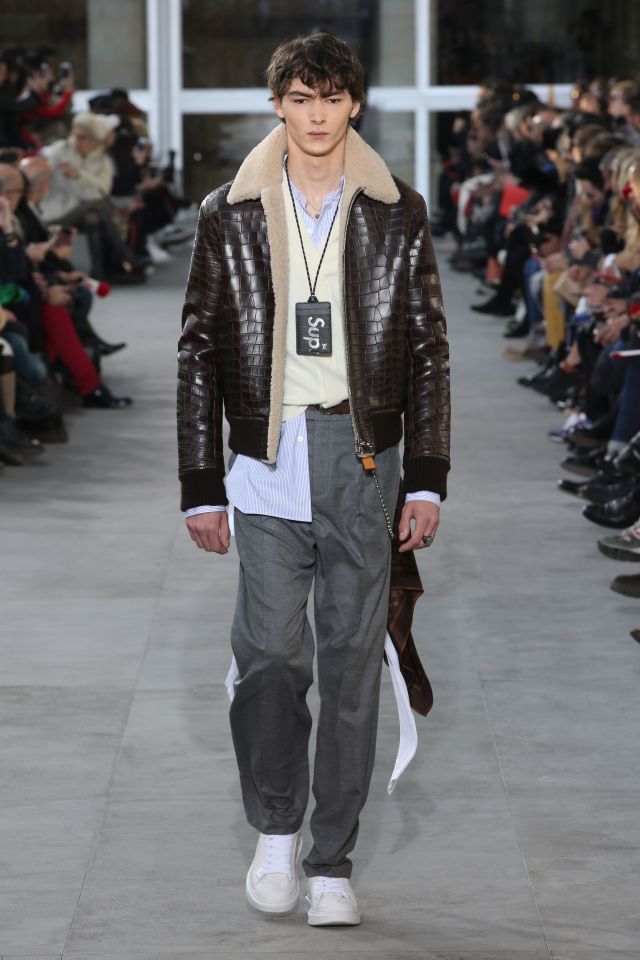 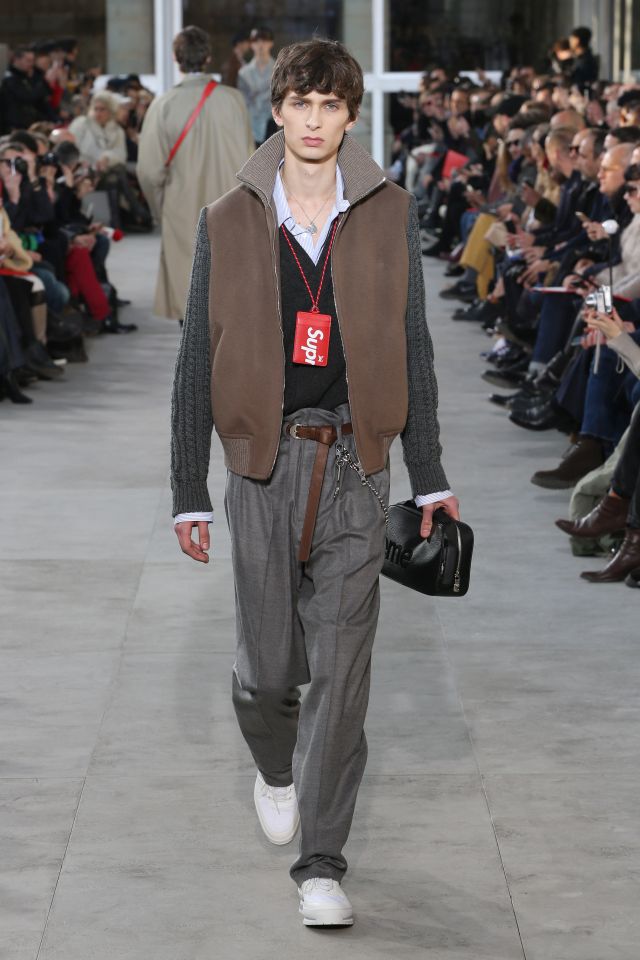 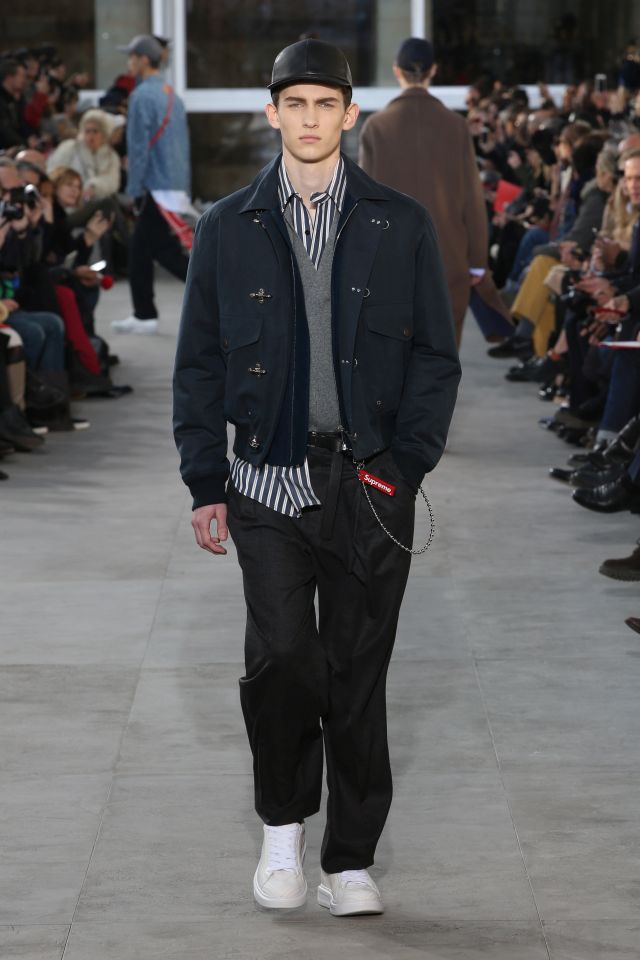 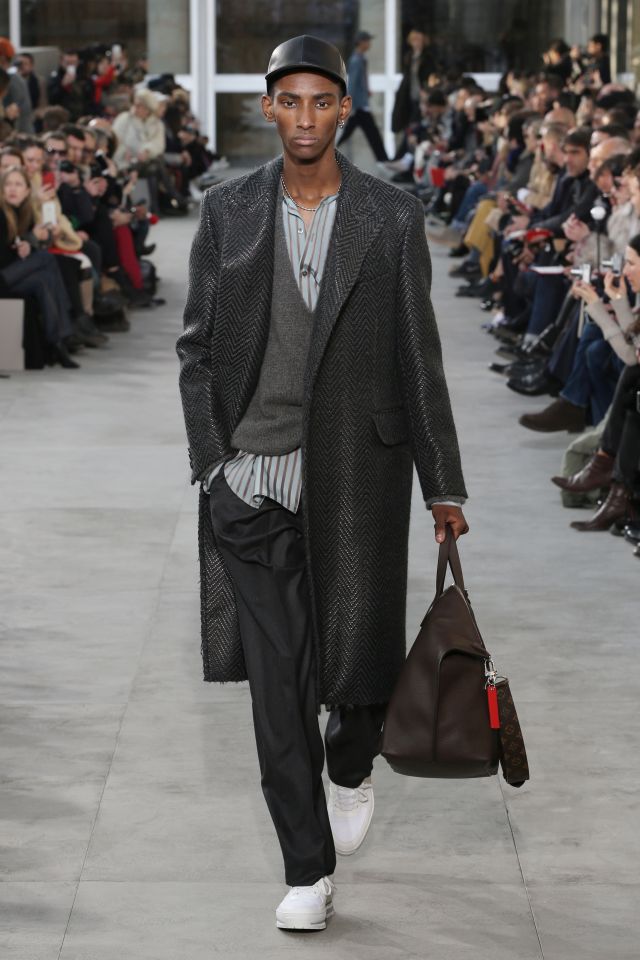 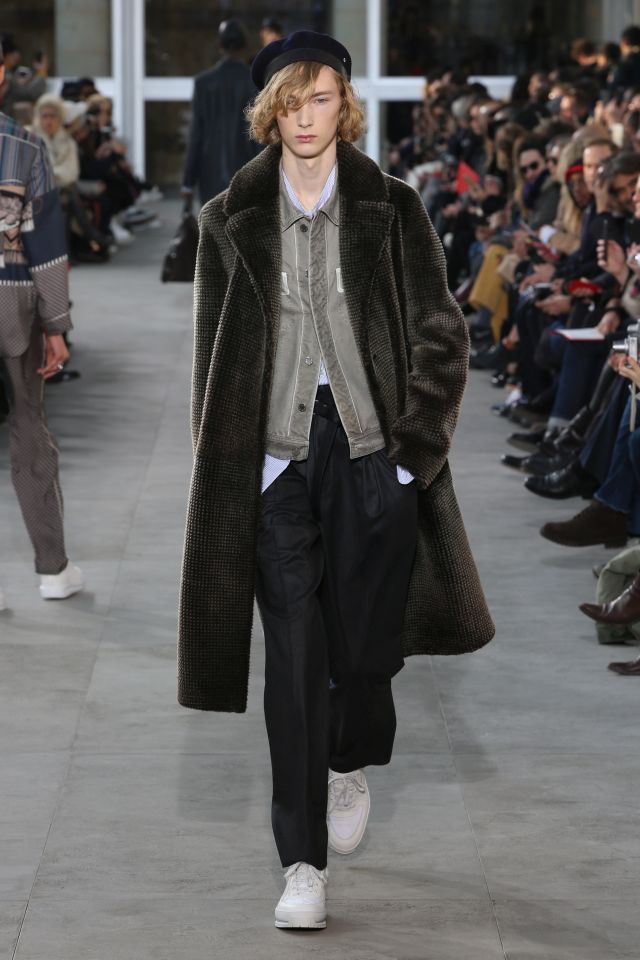 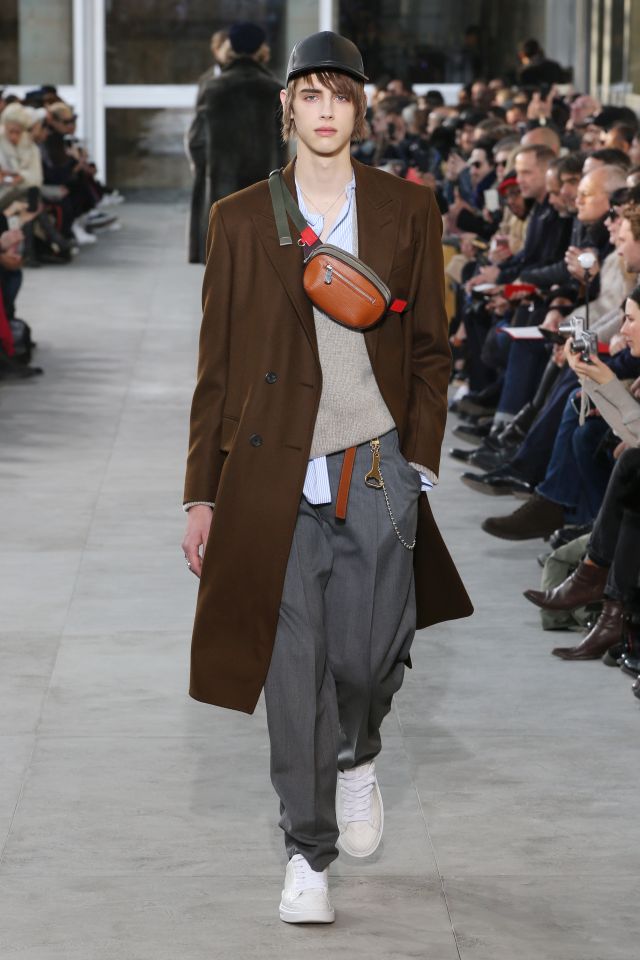 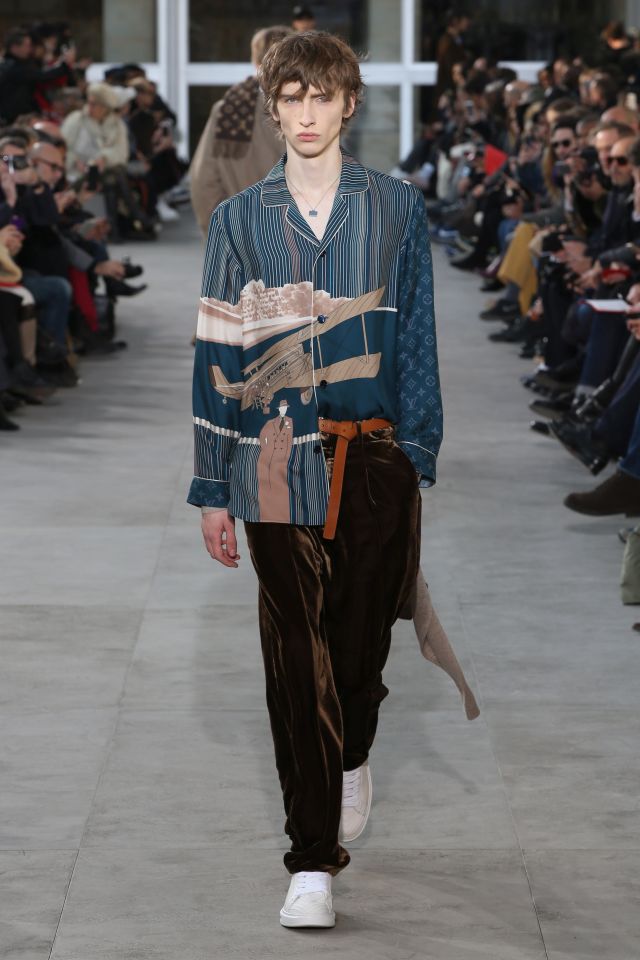 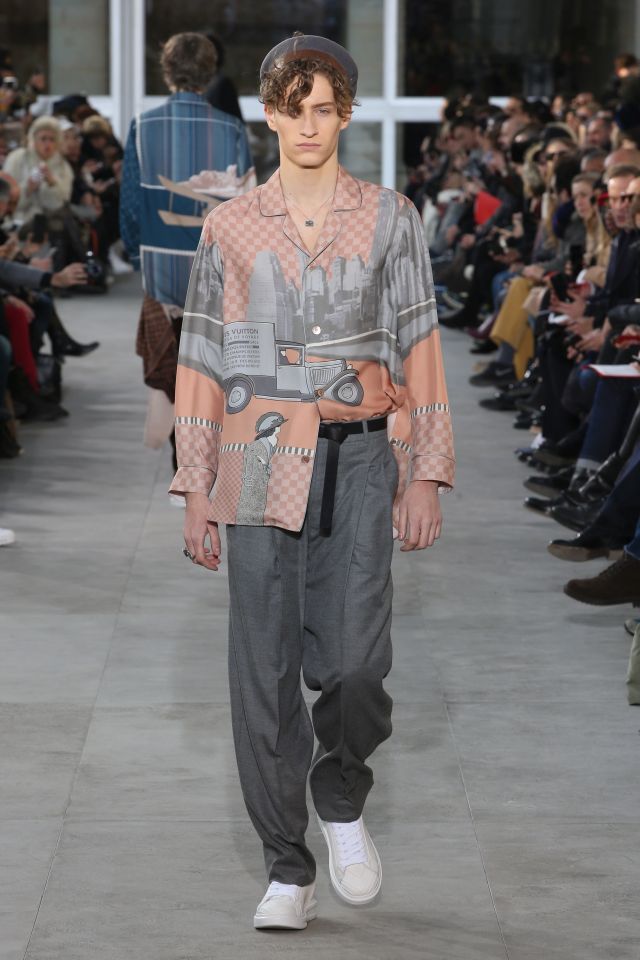 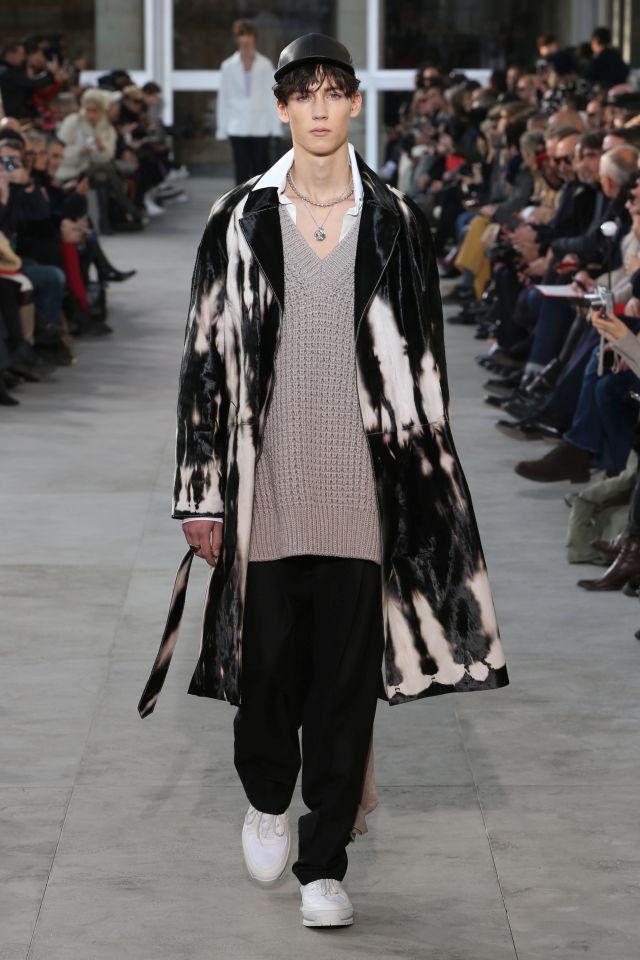 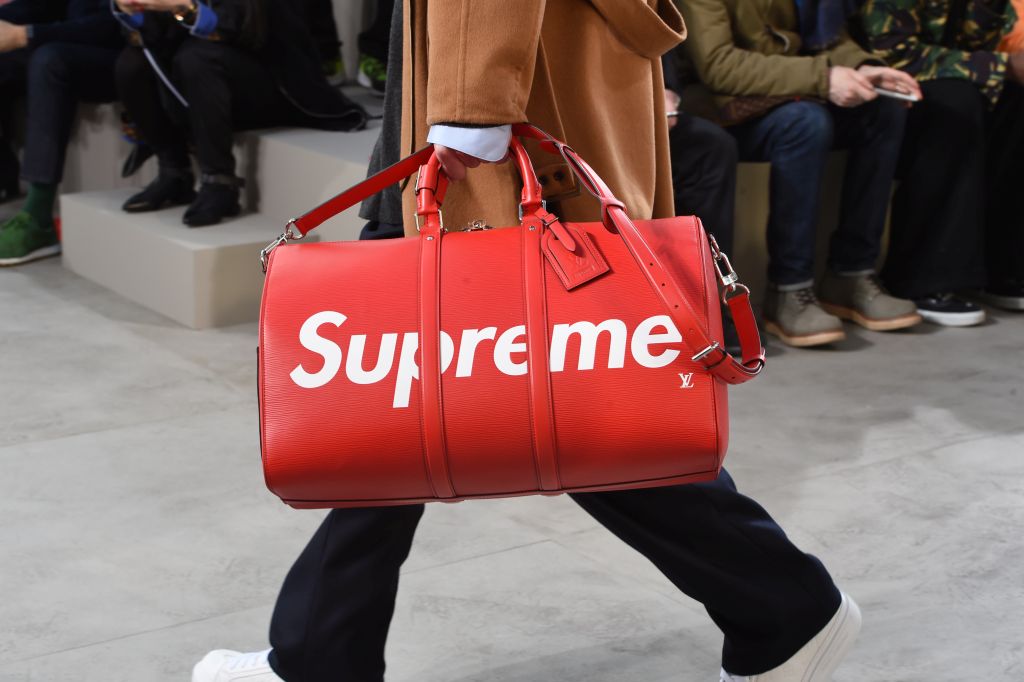