April 2016 – 110 years after Montblanc’s founders set off from New York on their Atlantic crossing home, inspired to establish Montblanc on their return, the Maison returned to its early beginnings and to New York City to celebrate its anniversary, and the pioneering spirit that has guided the Montblanc since 1906. For one night only, the landmark Rainbow Room inside Rockefeller Center was transformed into an immersive experience, where brand ambassadors Hugh Jackman and Charlotte Casiraghi as well as actress Kate Bosworth, Socialite Olivia Palermo, Model Johannes Huebl, Blogger Adam Gallagher, Victoria’s Secret Models Sara Sampaio and Emily DiDonato, actor Matthew Morrison, Model Jasmine Tookes and over 110 selected guests discovered for the first time the new Montblanc Heritage Collection Rouge & Noir inspired by the original “Rouge et Noir“ fountain pen, the Maison’s first product series introduced in 1909.

As the first restaurant located in a high-rise building when it opened in 1934 and remaining the highest elevated restaurant in the United States for many decades, the Rainbow Room captures the Maison’s pioneering spirit and the Art Deco-inspired design of the new collection. The red and black colour combination of the Rouge & Noir Collection was reflected in the design elements of the space. On arrival, guests were invited to sign the digital guest book, contributing to writing the latest chapter in Montblanc’s history. Around them, in an artistic tribute to Montblanc’s 110-year legacy, a wall of framed pictures narrated the Maison history through the years with original photography and posters from the archives, and more recent images of the many personalities who have been associated with its history.

During the second phase of the immersive experience, while enjoying cocktails to the 1920s and 1930s sounds of Chris Norton quintet , guests walked through an exhibition space featuring six stations referring to the six glaciers of the Mont Blanc that still feature on the Maison’s emblem today. Each station was designed to capture the universe of the chic and modern “Montblanc Man”, recreating a real living space from this man’s vestibule to his library, his dressing room to his bar. As they strolled through the different areas, guests discovered new watches, writing instruments, leather goods and men’s accessories from the 110th anniversary collections including the one-of-a-kind leather Steamer Bag, the Montblanc Heritage Collection Rouge & Noir Limited Edition 1906 fountain pen crafted from ebonite, the Heritage Rouge & Noir Limited Edition solid red gold cufflinks and the Meisterstück Soft Grain Collection of new leather pieces. Immortalizing their presence at the 110th anniversary celebrations, guests had their portrait captured with a uniquely red and black filter at the Rouge & Noir photo studio station, before learning more about the milestones of the Maison’s history narrated on a timeline wall with images and stories.

The final chapter of the evening was centred on a lavish anniversary dinner in a room elegantly decorated in red and black, against the backdrop of New York’s night cityscape. During the dinner, Montblanc CEO Jérôme Lambert presented the new Montblanc Heritage Collection, Rouge & Noir, The Ultimate Serpent Limited Edition 1. A mesmerizing serpent wraps around the cap and barrel set with a full pavée of sapphires, and a 6,15ct Montblanc Diamond crowns the solid gold writing instrument limited to just one piece worldwide with a price of € 1.2 million. In a world exclusive, guests were the first to view the new advertising campaign film with Hugh Jackman directed by award-winning director Andreas Nilsson. Shot in Budapest, the film takes viewers on a journey through Montblanc’s pioneering past and present, revisiting important milestones of the Maison’s history. Under the red-lit dome of the iconic Rainbow Room, guests enjoyed after-dinner drinks, looking out at the spectacular views of New York by night; a city built on the pioneering spirit, just like Montblanc was 110 years ago. 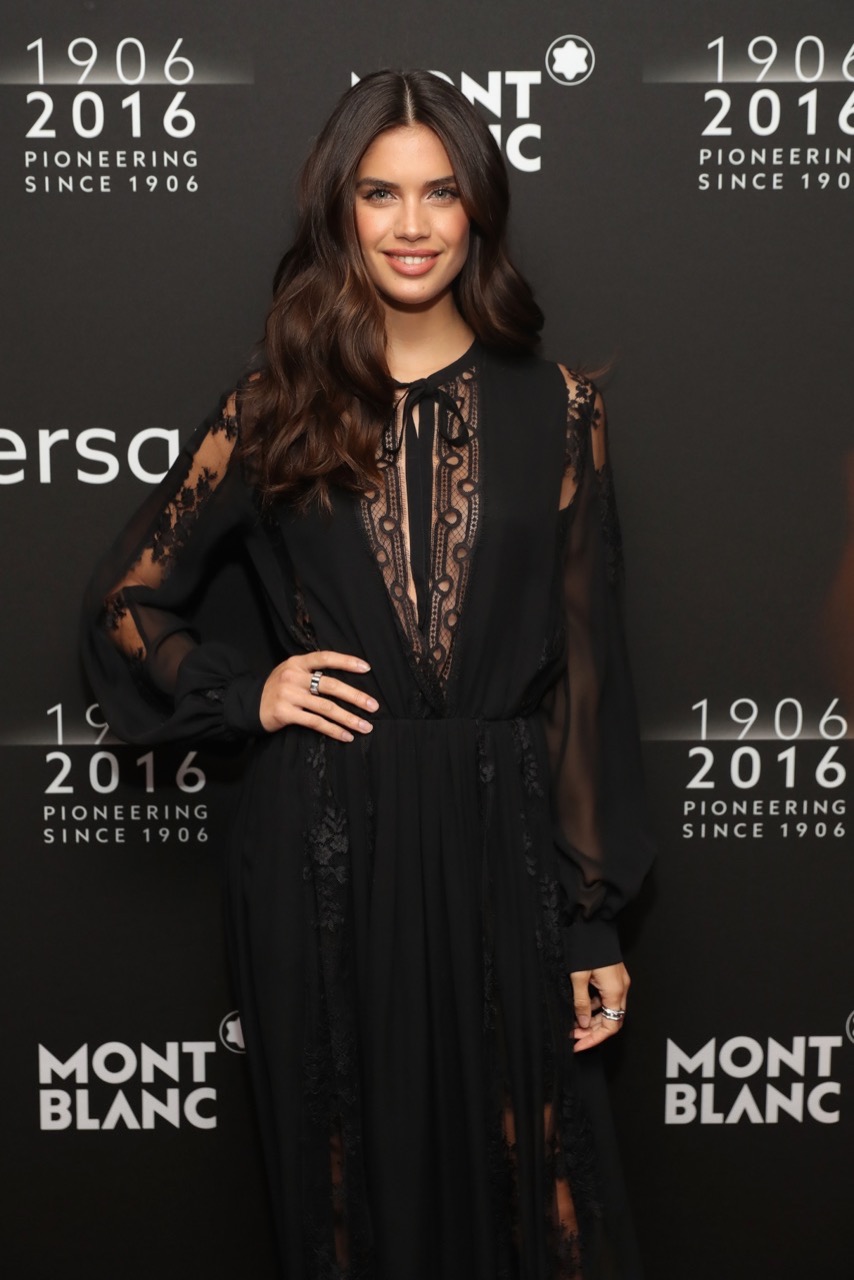 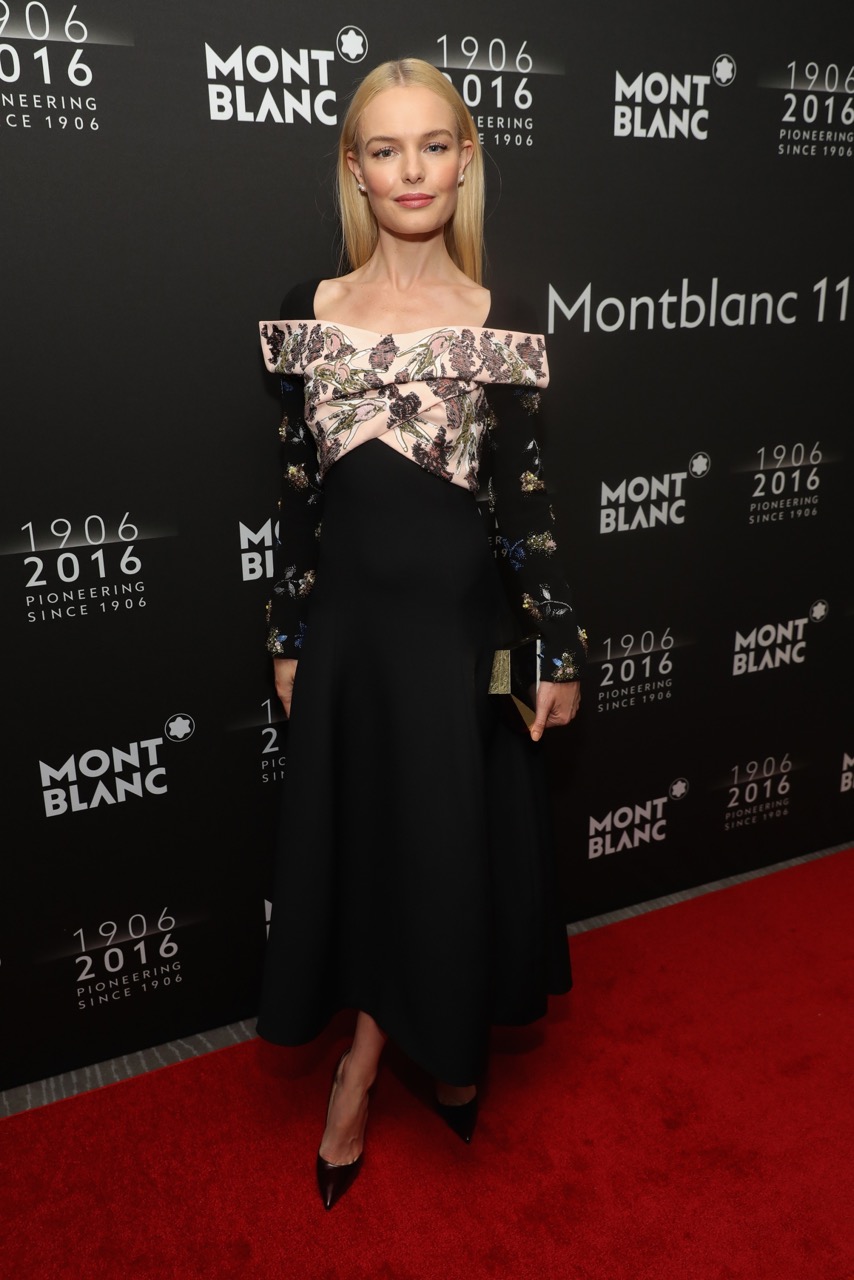 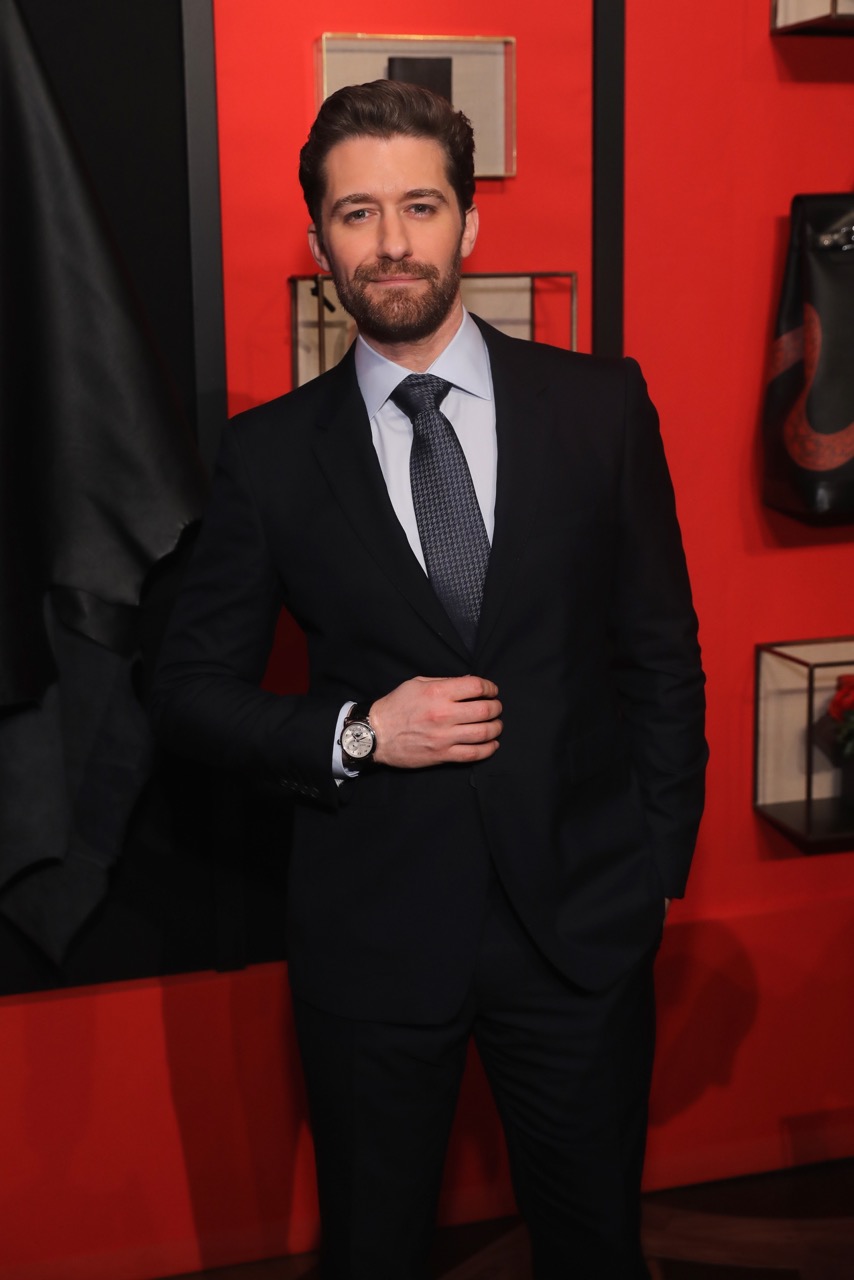 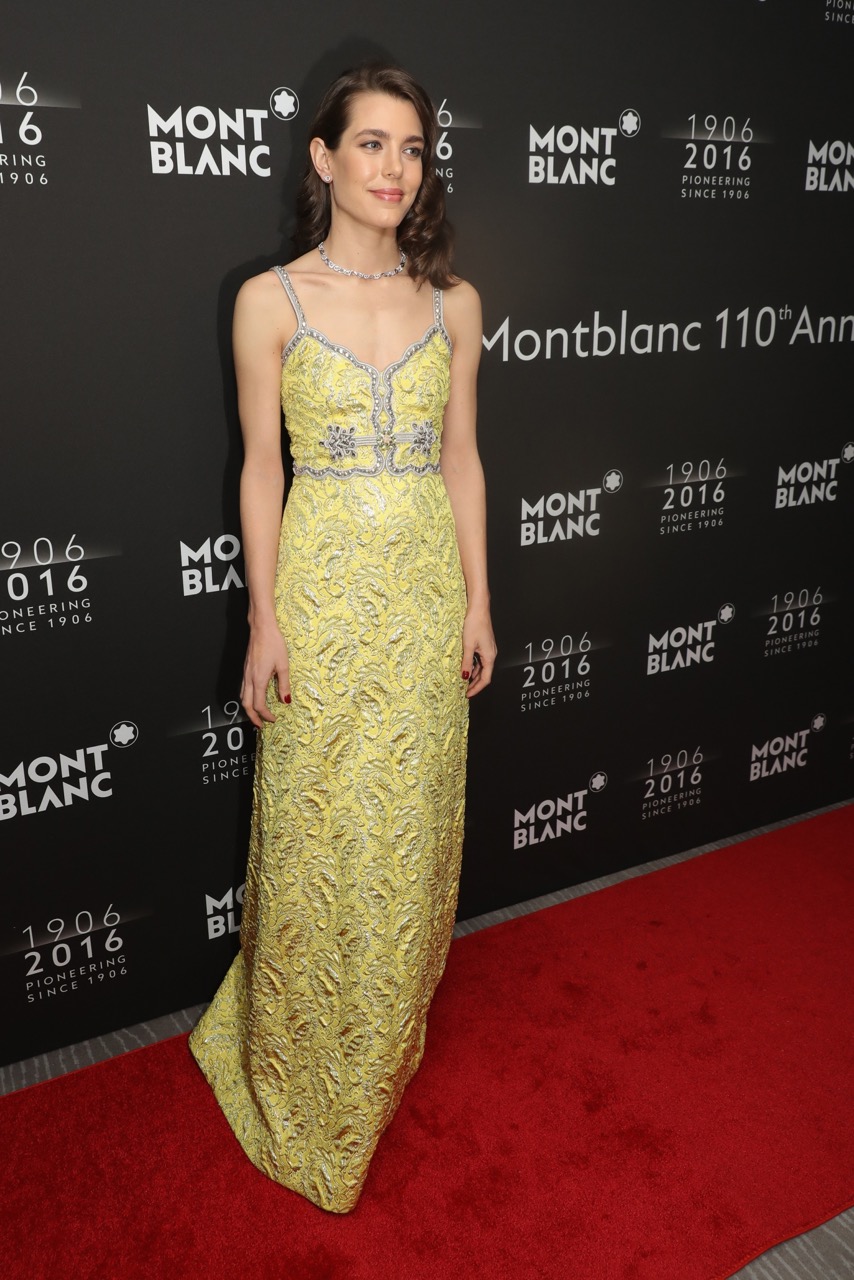 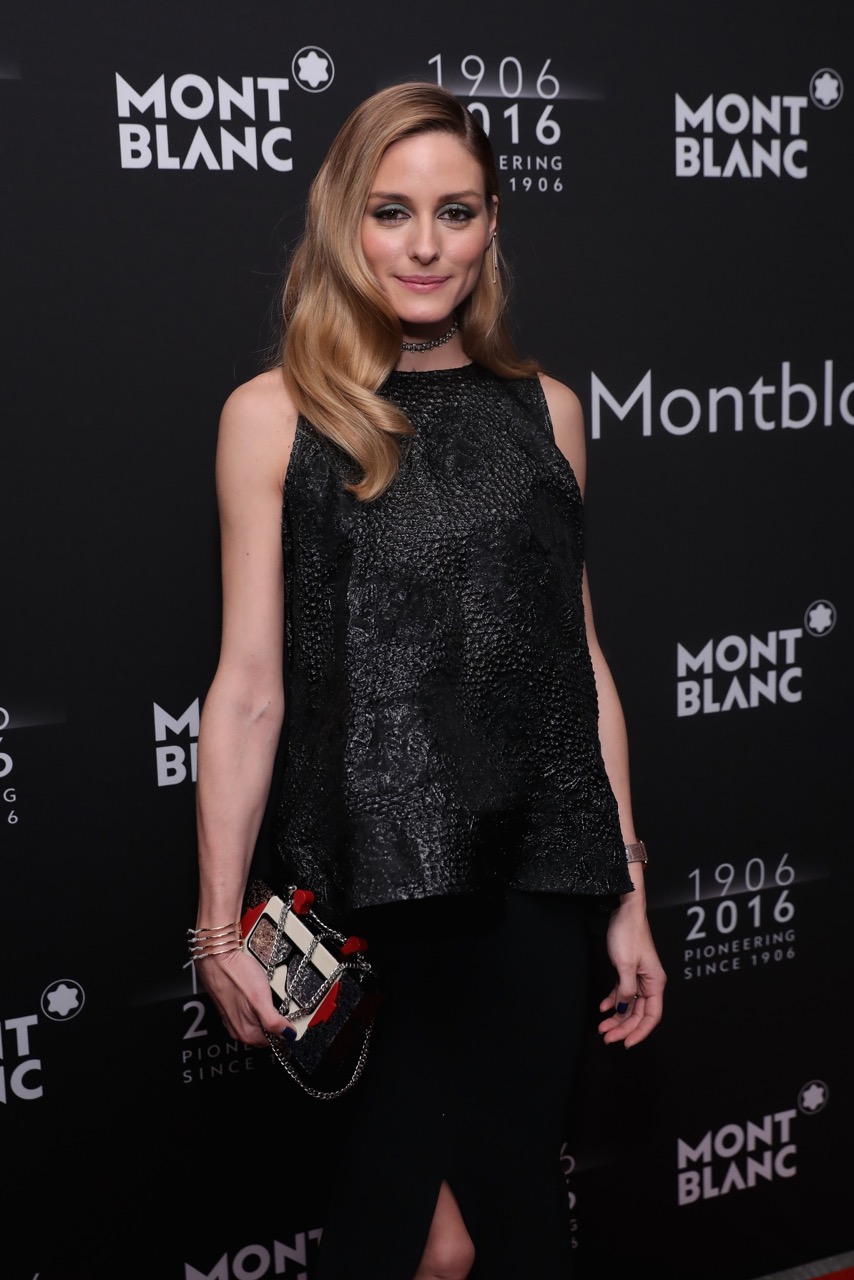 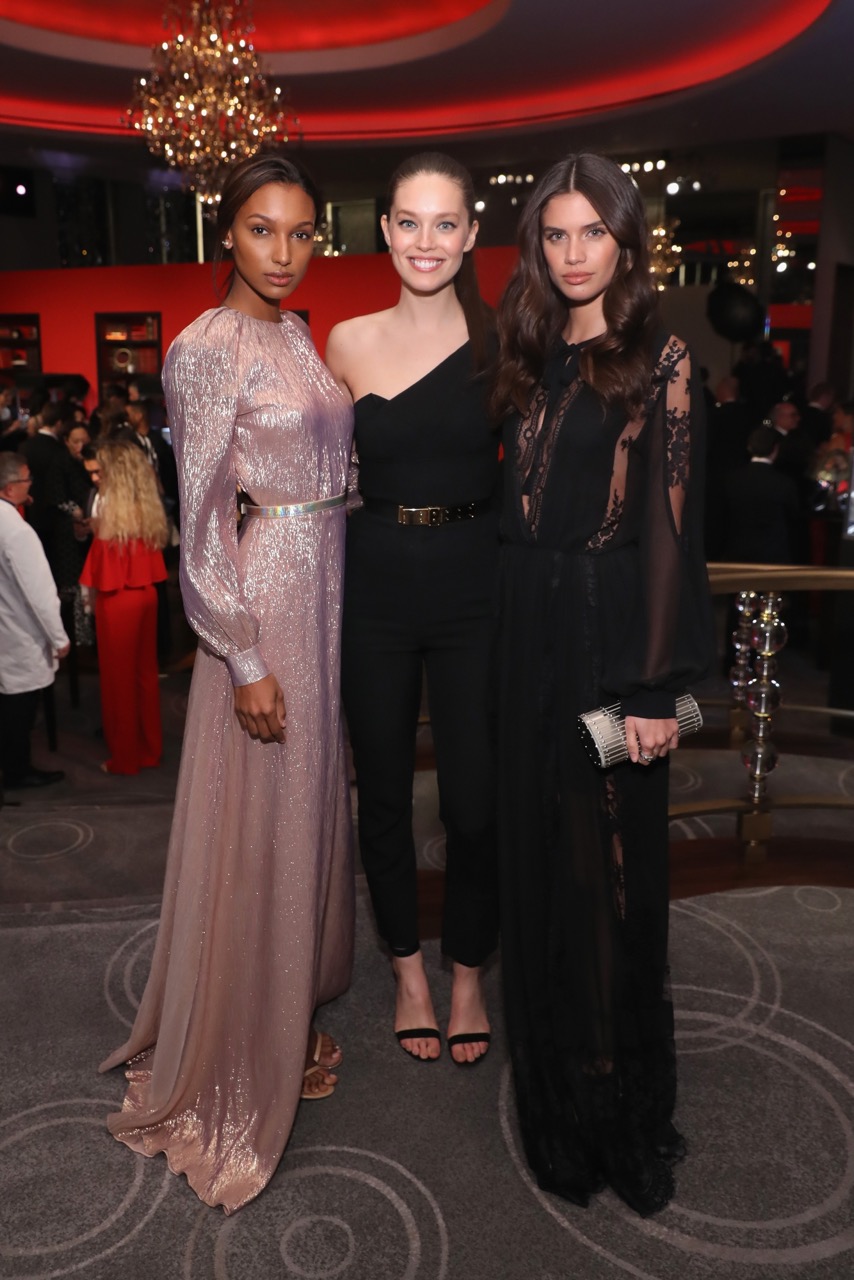 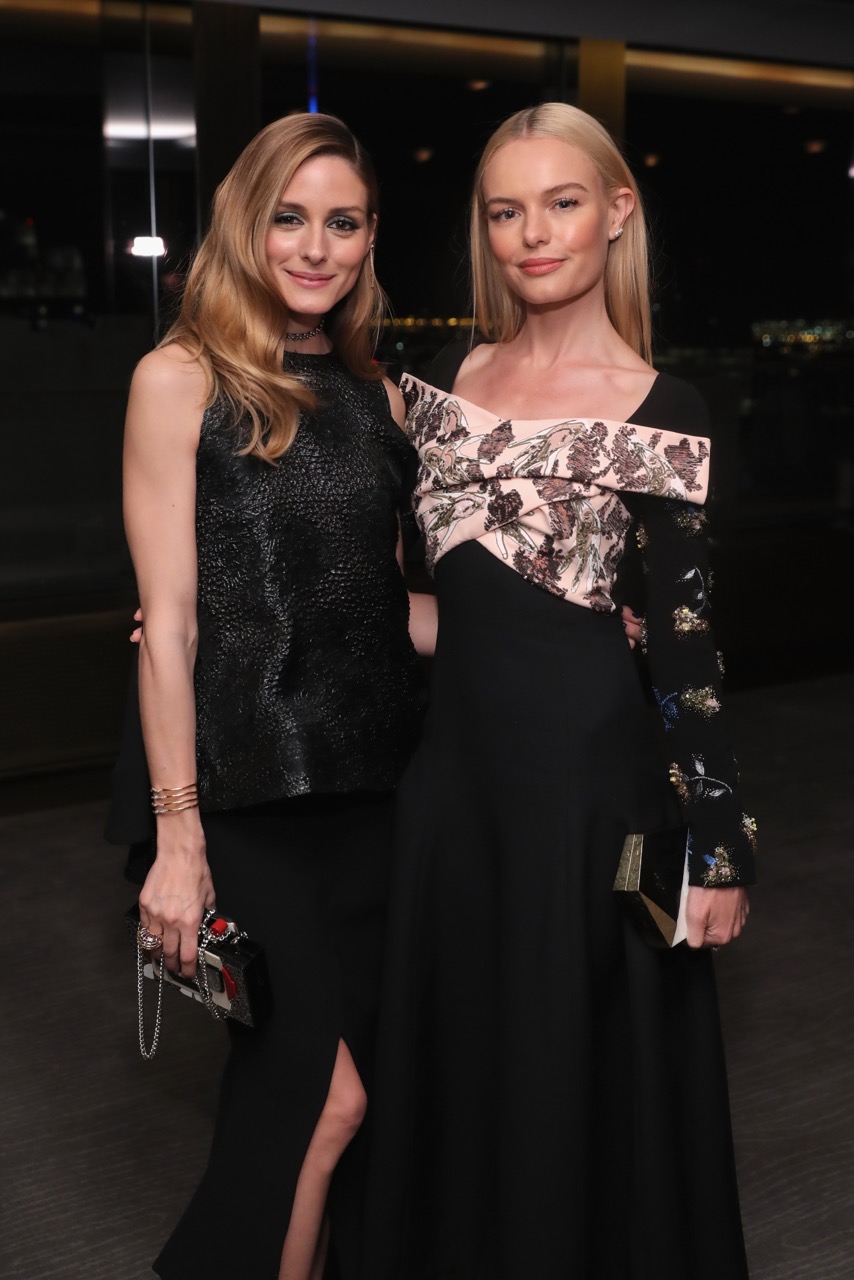